1 Get Your Hands Today on a Neiman Marcus 7 Series 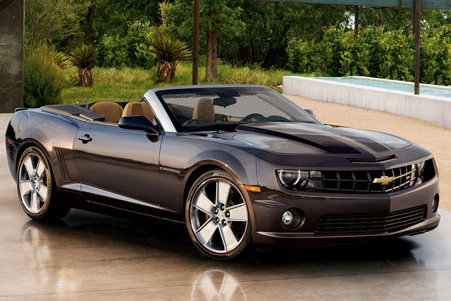 When the limited run of the 2010 Jaguar XJ included in the Neiman Marcus Christmas Book sold out in just four hours last year, we thought that was fast. We take that back, as yesterday customers claimed all 100 of the special edition 2011 Chevrolet Camaro Convertibles prepared exclusively for the same catalog in just three minutes.

Customers claimed their Neiman Marcus Edition cars via a special telephone reservation process, a few hours after the car appeared on NBC's Today Show. The new owners will take delivery of their special edition cars in the spring of 2011, shortly after the 2011 Chevy Camaro arrives at dealers.

All units will be SS models with a 6.2-liter V8 engine. The 100 future owners chose between the 426 hp 6-speed manual or 400 hp 6-speed automatic transmission. Safety wise, there are front- and side-impact airbags, and rear parking assist with ultrasonic sensors.