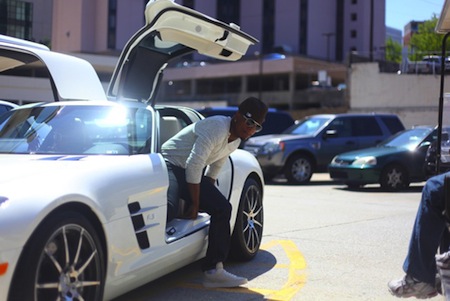 R&B artist Ne-Yo is known for his tight connection with his fans, always keeping them up to date with his latest projects and sending them his love. More than that, Ne-Yo is also trying to somehow motivate his fans to work hard and follow their dreams. 'Lead by example' is one of the main rules in leadership, and Ne-Yo sure knows how to do that.

The singer, who is currently working on his next album, slated to be available in the fall, recently posted the adjacent photos as a motivation to his fans, in which he is seen getting out of his new Mercedes-Benz SLS AMG.

“When you work hard you get to play hard, jumping out of his hot new Benz with the doors up. Motivation to follow your dreams!” the post on the Ne-Yo Compound Blog reads. 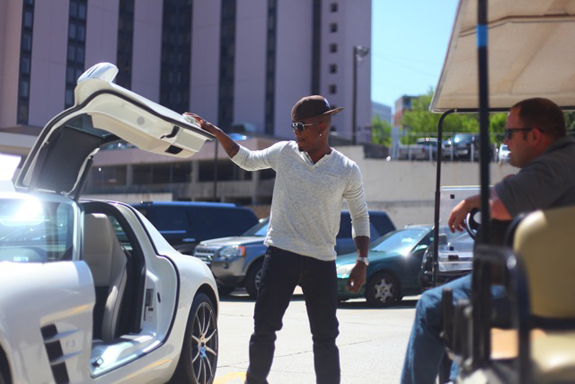 While this white gullwing coupe, is not exactly what you would expect from a ‘the R&B gentleman’, we give him a hat tip for choosing to stay a bit more subtle and classic with this car purchase, unlike Birdman, who recently spent no less than $8 million on a Maybach Exelero.

However, we hope that Ne-Yo is driving his new SLS AMG with a valid license, unlike back in 2008, when he was arrested for reckless driving in Cobb County, Georgia. Moreover, he was then driving at over 100 mph in his 2006 Range Rover, breaking speed limit by nearly 50 mph. He then pleaded guilty to driving without a license and "no contest" to the reckless driving charge, and got sentenced to 24 hours community service.