4 This 1965 Mustang Fastback Spent 23 Years in a Barn, Rear Was Left to Sleep in Mud

5 This 1965 Mustang Fastback Proves Not All Barn Finds Are Majestic
Car video reviews:
Up Next

Premium Features at an Affordable Price, That's the New Splach Twin Scooter in a Nutshell

This has got to be one of the most gorgeous first-generation Ford Mustang models we’ve seen in a while. It’s an early example too, probably 1965, and it’s a Fastback. As for the kicker, the car belongs to none other than Jayson Tatum, who plays professional basketball for the Boston Celtics and is one of the NBA’s biggest stars.
8 photos

The “original”, so to speak, Ford Mustang, was introduced just before the start of the 1965 production year and so began a legendary journey that would one day even spawn a Mustang-branded EV (talking about the Mach-E). Today, the Mustang is in its sixth generation, with a seventh-gen model set to arrive sometime next year.

We always go back to the original though, whenever we think about classic Mustangs. To this day, there’s probably no other American classic more popular than a 1967 through 1969 Mustang. Some 1970MY cars were cool too, but it all went sideways after the 1971 model year – the Mustang would stop being cool until those late fifth-generation models came along post-2010, like the Boss 302 or the GT500.

Anyway, we just don’t see that many refurbished 1965-66 Mustangs around, especially in Fastback form, which is the more desirable body style.

Now, to be fair, Jayson Tatum’s vintage Mustang doesn’t appear to be 100% stock. It seems to sit closer to the road (custom suspension), it’s wearing aftermarket wheels and it has the NBA star’s initials embedded inside, right between two custom speakers.

Tatum either bought or was gifted this car last year when he turned 23 years old, but little does it matter how he got it. What matters is how good it looks and how well it drives. It’s also nice to see such a young superstar athlete pay homage to the car industry by driving around in something classic, as opposed to something from this decade.

Cars aside, the Boston Celtics player is getting ready to face the Golden State Warriors in the 2022 NBA Finals, with Game 1 set to take place this Friday, June 1, in San Francisco.

So far in this year’s Playoffs, Tatum has averaged 27 points per game, 6.7 rebounds per game and 5.9 assists per game. This has been arguably his best season yet and we’re hoping that he’ll put on a good show against Steph Curry and the Dubs. 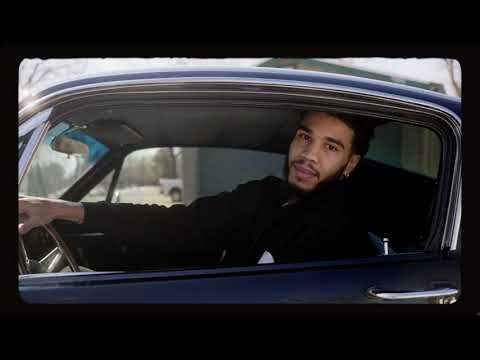