It’s hard to love basketball and not be a huge Devin Booker fan. At just 25 years old, he’s already been to the NBA finals once, is a three-time All-Star, former McDonalds All-American, and one of the top scorers in the league.
8 photos

Just how good is he at putting the ball through the hoop? Back in March of 2017, during a road game in Boston against the Celtics, Booker went off for 70 points. That’s right, 70 points! He finished shooting 21 of 40 from the field, including 4 of 11 from beyond the arc, to go with 24 made free throws in 45 minutes.

On that day, Booker joined the likes of Wilt Chamberlain, Kobe Bryant, Elgin Baylor, David Robinson and David Thompson as the only NBA players to score 70+ points in a single game.

Aside from scaring opposing teams to death with his scoring prowess, Booker also loves collecting classic cars from various eras. If we had to choose just one car from his collection, it would probably be his Buick GNX. That thing could once hit 60 mph in just 4.6 seconds and Booker’s car looks pristine, so we wouldn’t be surprised if it was still putting down around 300 hp.

In this video, where the Suns guard actually showed off his entire Arizona mansion to Architectural Digest, you’ll also be able to see another Grand National, a 96 Impala and a 59 Impala, the latter being his absolute favorite car. Booker even stated that he’s a Chevy guy and that he owns a lot of Impalas.

Fun fact, back when he was a rookie with the Suns, some of his teammates pranked him by filling his ride with Styrofoam pellets. That car was a custom Dodge Challenger, which just goes to show that he and General Motors weren't always “the item” they are today.

On the court, Booker is once again putting up All-Star numbers, leading his team in scoring with 25.5 ppg. The Phoenix Suns currently sit atop the Western Conference, with the NBA’s best record (47-10). 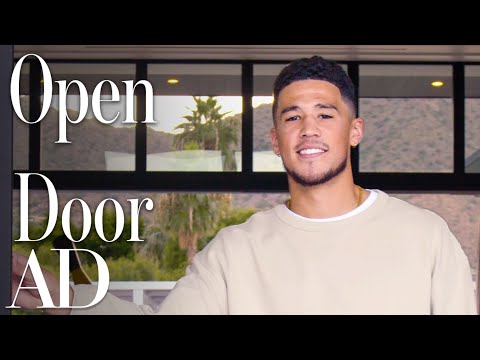