2 Automotive Wiki: Why Are Traffic Lights Red, Yellow and Green?

5 Mumbai May Get $2.5 Billion Trans-Harbour Bridge Before 2014
Car video reviews:
Up Next 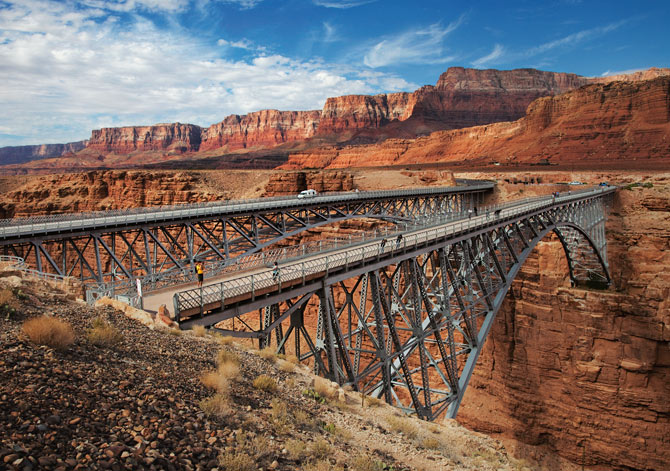 The Grand Canyon is undoubtedly one of the main attractions in the world and statistics come to support such a statement: more than five million people visit it each year. The so-called Grand Canyon National Park is clearly a point of interest, but what’s more, the area has attracted so many investments that we now have the chance to see more than one of the Seven Natural Wonders of the World.

If you haven't gotten the chance to travel to the Grand Canyon, chances are that you’re not familiar with the Marble Canyon, which is more or less the start point for the aforementioned Grand Canyon.

Well, aside from offering astonishing views, the Marble Canyon is also famous for what’s being called the Navajo Bridge, which is actually the point where the US Highway 89A crosses the Colorado River. So here you are, driving your own car next to the Grand Canyon, surrounded by breathtaking panoramas and... close to pedestrians crossing the bridge by foot?!

So, what’s with this Navajo Bridge? How come it’s now the only road that crosses the Colorado River AND the Grand Canyon for almost 1000 kilometers? Oh well, let’s find out in the next paragraphs.

Not many people know this, but the need for a bridge to cross the Colorado River emerged during the 1870s when the Lees Ferry was the only way to get from one side of the river to the other. Obviously the number of cars at that time made the ferry appropriate for people’s needs, but as the automotive industry evolved, authorities realized that something needed to be changed in the area.

The first cars were obviously crossing the river by ferry, but as the number of vehicles increased at a very high pace, a bridge was absolutely mandatory.

That’s why construction officially started in June 1927 and although the overall length of the bridge - 254 meters - doesn’t seem much, it was undoubtedly a technical challenge for that period. What’s more interesting is that the same ferry, which was in charge of transporting not only cars, but also pedestrians, now had to serve a new purpose: carry the necessary materials for the bridge. 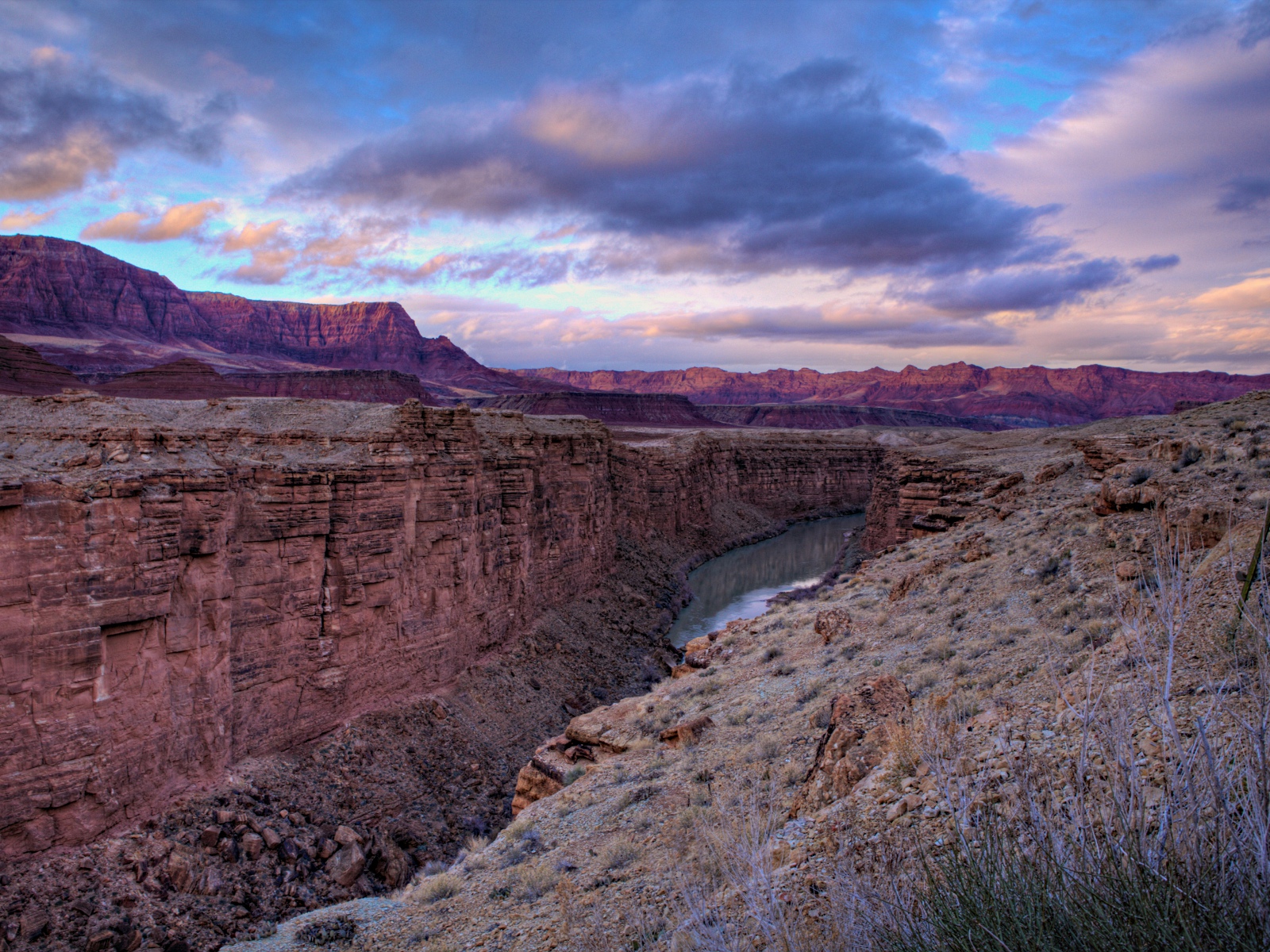 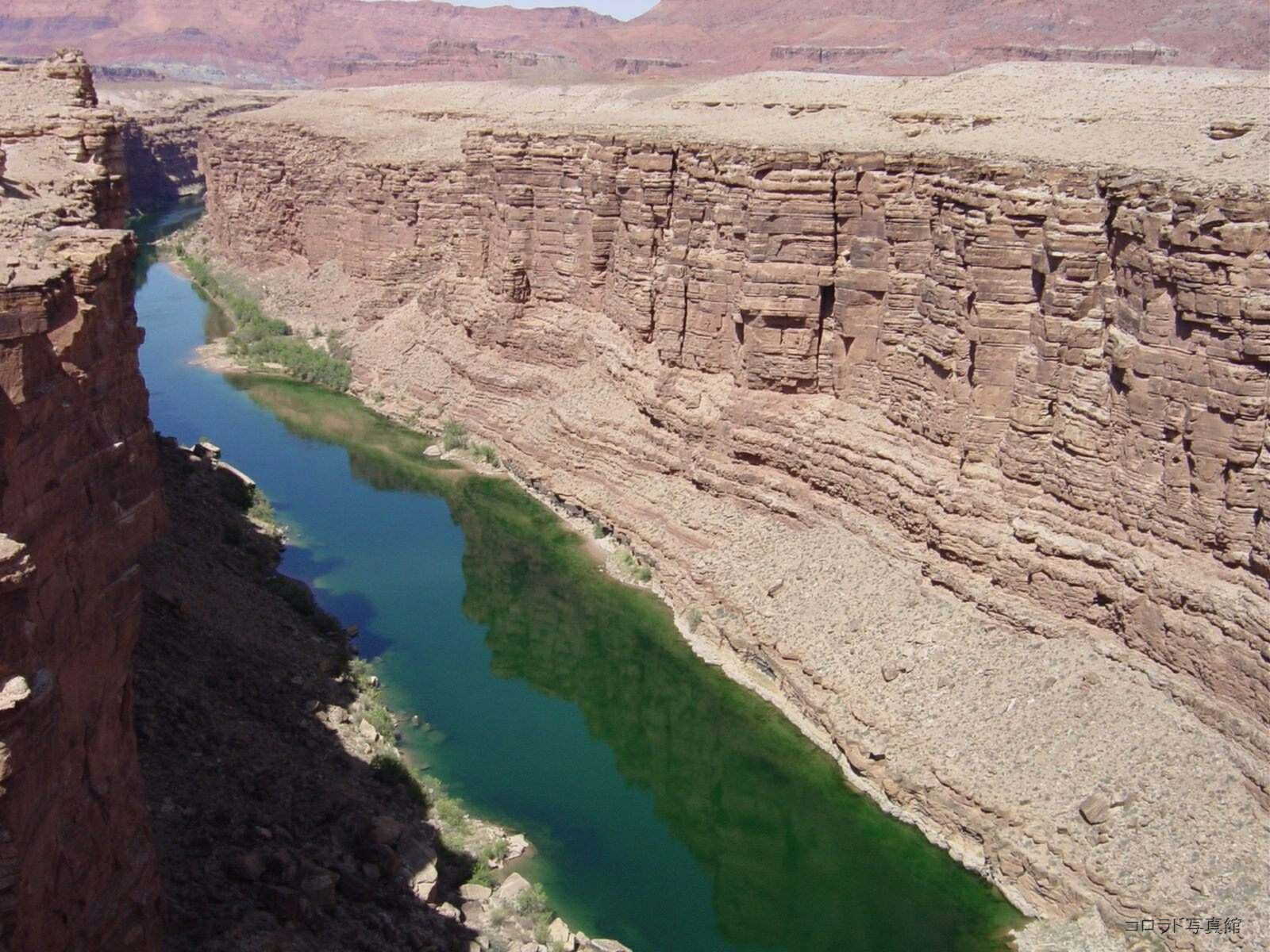 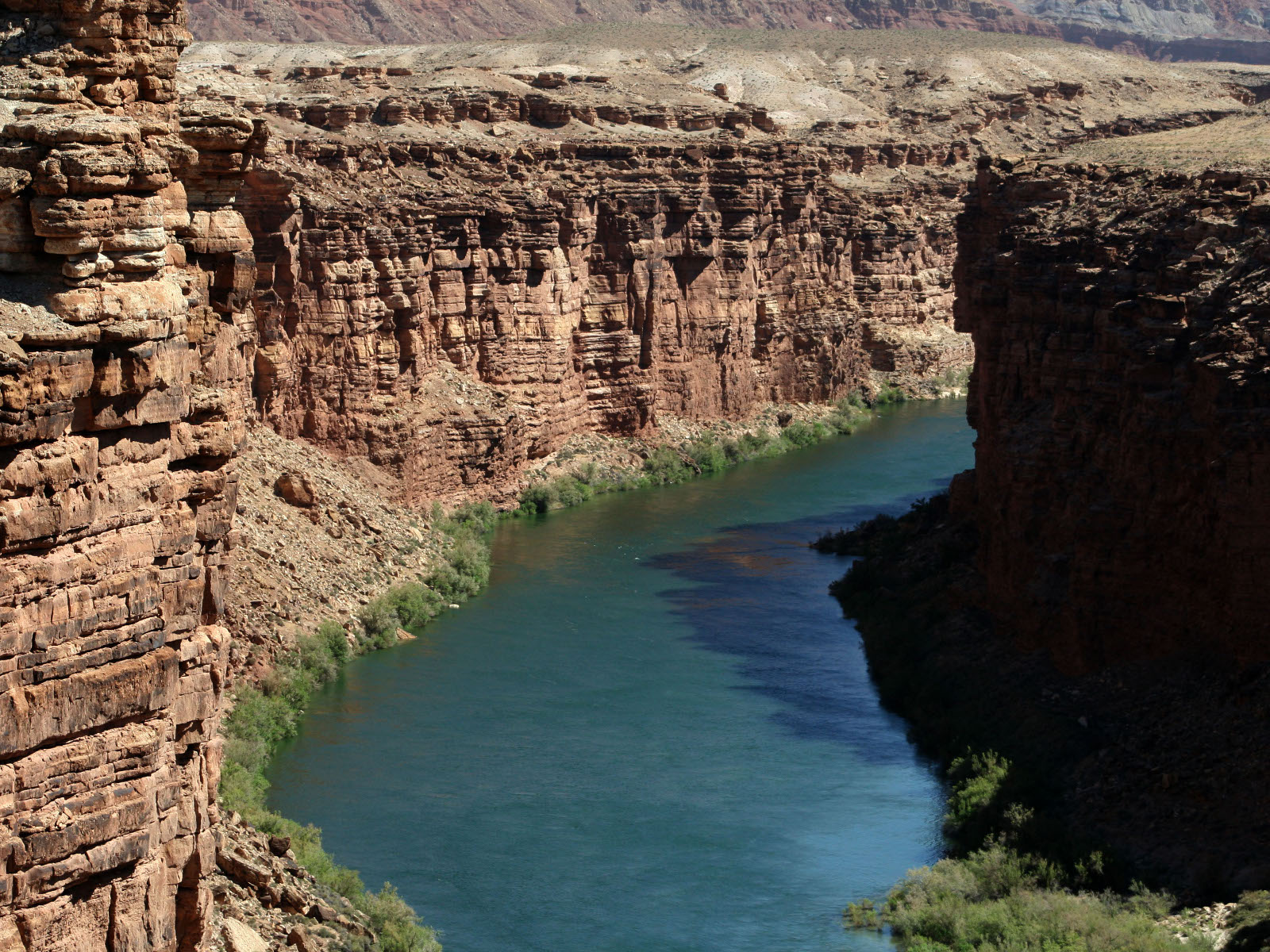 Beautiful views of the Colorado River that flows through the Grand Canyon.

After around one year since the beginning of construction, on June 7, 1928 to be more precise, a terrible accident caused the ferry to sink, resulting in three fatalities. Still, work on the initially-called Grand Canyon Bridge wasn’t stopped but, instead, no other ferry was introduced, so people had no other choice than to travel for around 800 miles to cross the river using a different route.

The first Navajo Bridge (you’ll understand a bit later why we’re calling this one “the first”) opened on January 12, 1929 and had a length of 254 meters, with a steel arch length of 188 meters. Plus, the arch rise measured 27.4 meters, while the height above the Colorado River reached 142 meters, which is around 467 meters. The width of road was only 5.5 meters, so you can image how difficult it actually was for cars to cross the bridge. 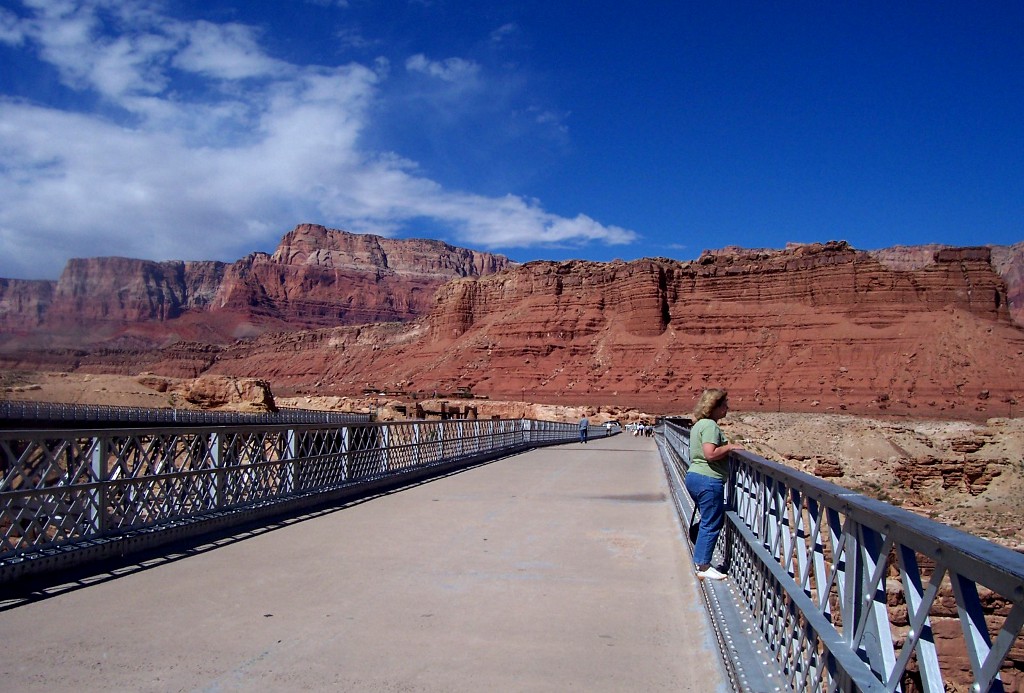 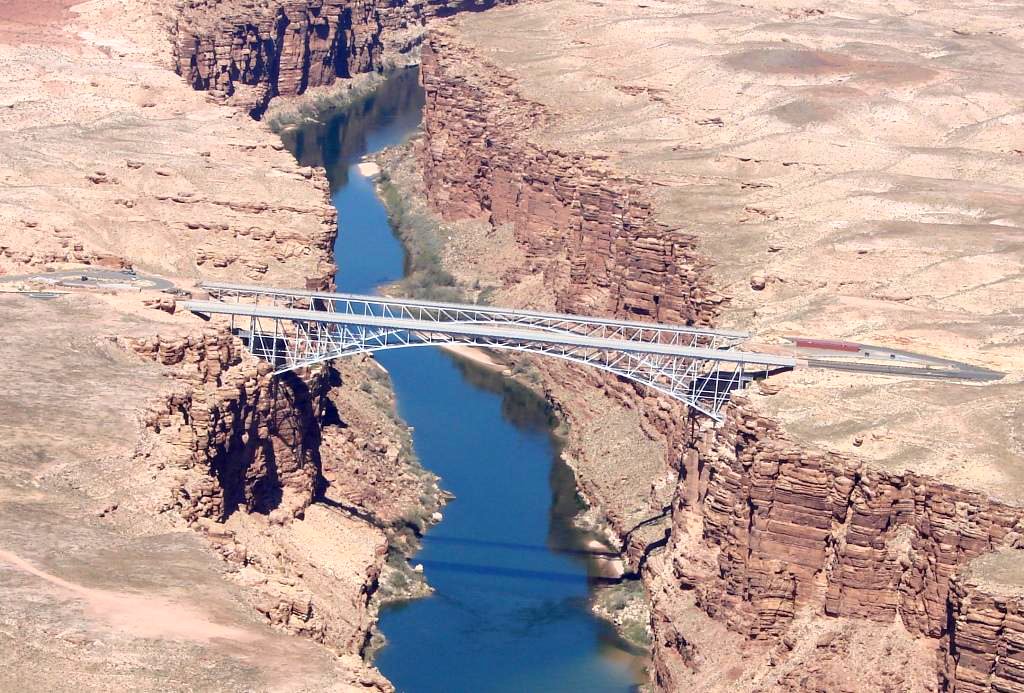 less than 2.4 million pounds, or 1.1 million kilos of steel, were used for the construction, while the overall amount of concrete reached according to estimates 500 cubic yards, or 385 cubic meters.

Now, you can imagine that as the time passed by, more and more drivers decided to travel on the Navajo Bridge, renamed this way in 1934.

And since the automotive industry evolved and gave birth to larger and heavier passenger cars, the bridge quickly turned into a dangerous attraction.

Especially designed to handle the low traffic values that existed during the 1920s, the bridge only used steel reinforcements of 82,000 pounds, or 37,000 kilos, so authorities started talking about a second version that could cope with the new type of vehicles.

Unfortunately, the decision to built a new bridge took shape only in 1993, so lots of accidents occurred on the old bridge. Eight people died on Navajo Bridge during this period, while the number of accidents reached 72.

Arizona authorities had the brilliant idea to keep the old bridge and build a new one just along its predecessor, with two different purposes for each of them: while the fresh bridge was supposed to be used exclusively by cars, the historic one was only addressed to pedestrians. Seems legit.

So here we are in May 1993 when the new bridge takes shape, but the final mission was a lot more complicated. Since authorities tried to preserve the natural beauty of the area, they had to install a net to keep rocks from falling of the new bridge. Two years later, on May 2, 1995, thanks to the technological improvements, the new bridge was officially opened to traffic. 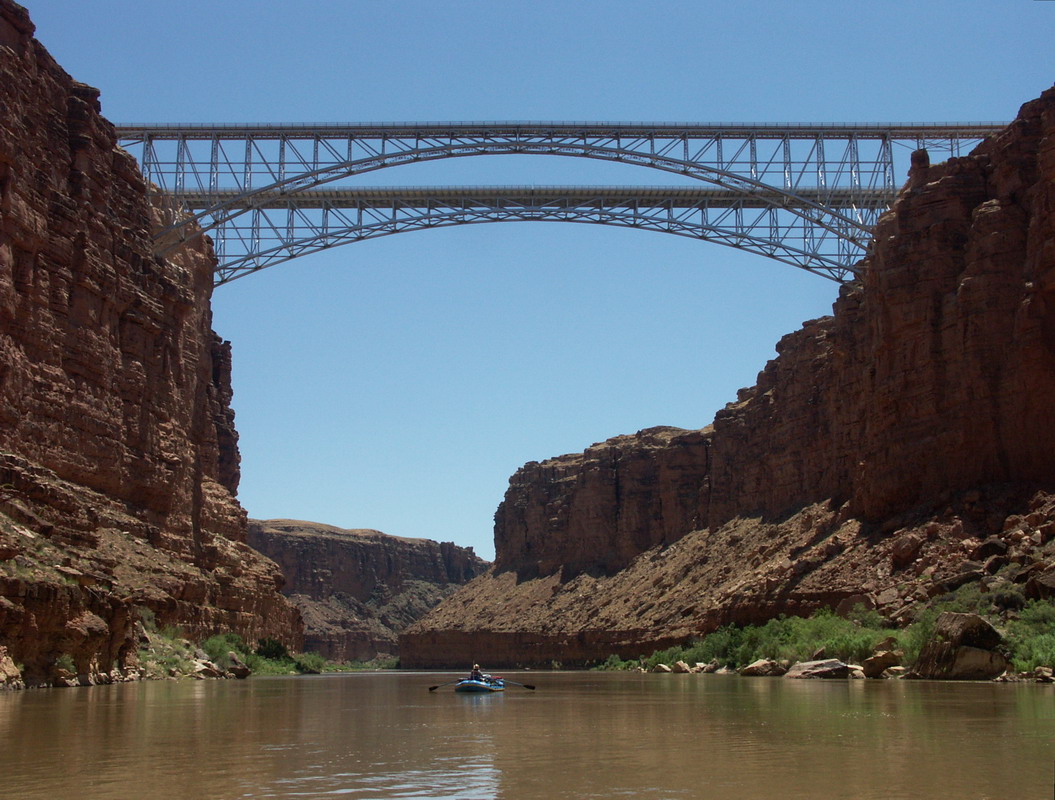 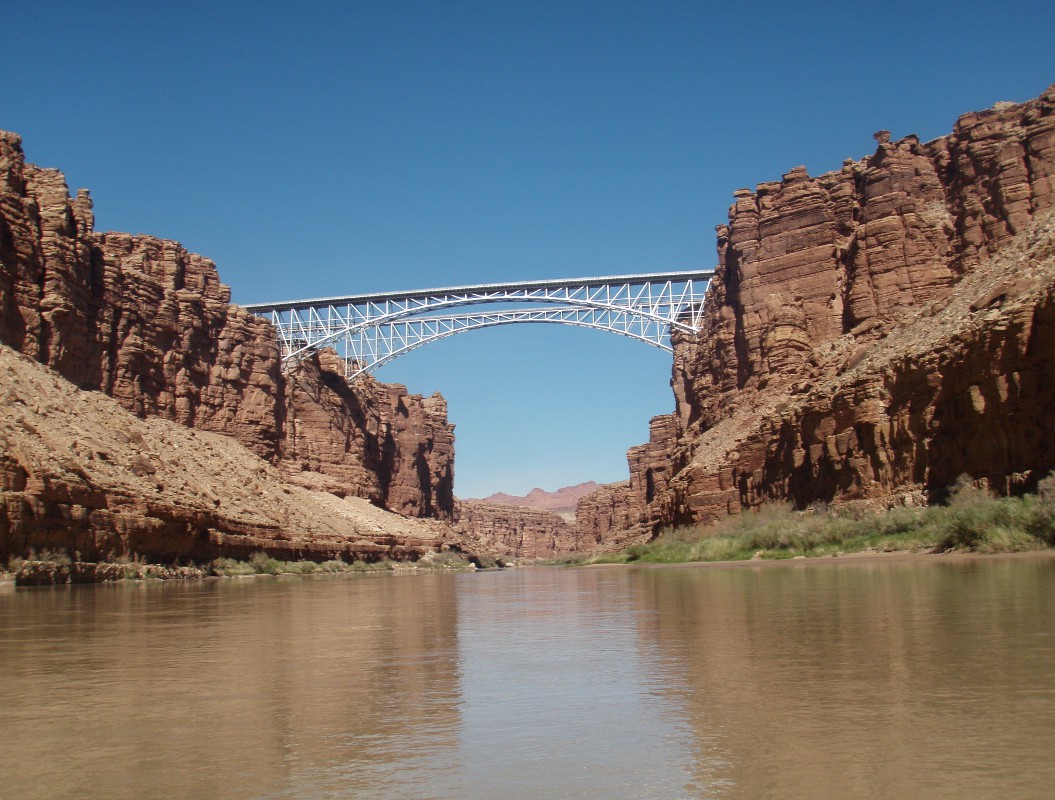 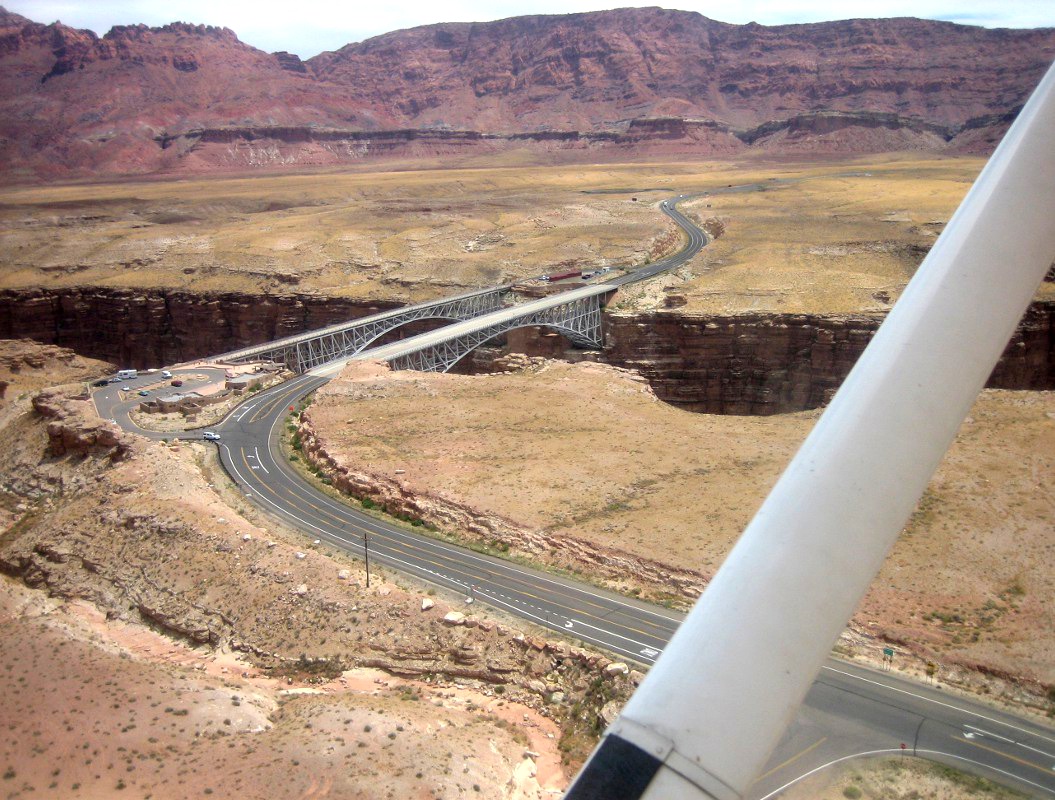 This is new Navajo Bridge alongside the old version that's exclusively addressed to pedestrians.

So the bridge is not only part of the U.S. Route 89A now, but it’s also an important attraction beside the other natural beauties of the area. The historic bridge has been awarded with the Historic Civic Engineering Landmark award, while also being placed on the National Register of Historic Places in August, 1981.

While we do know that the history behind this bridge is absolutely fantastic, make sure you have a look at all the photos included in this article. Every single view is breathtaking!