2 If 800-Volt Architecture Is the Holy Grail of EVs, Why Do So Few Carmakers Use It?

5 Weird Form of Silicon Could Be Used for Next-Gen Electronics and Energy Devices
Car video reviews:
Up Next

Li-Ion batteries might be all the rage in electric vehicles of today, but the scarcity of raw materials will have them replaced with new chemistries based on readily available materials. Sodium-ion batteries are said to be a worthy solution, but nobody managed to build a commercially viable Na-ion battery. Natron claims it has achieved a breakthrough and is ready to start mass-production of its proprietary Na-ion battery.
6 photos

Current Li-Ion batteries have allowed for a tremendous advancement in EV development, but they might be doomed already. There are not enough lithium reserves on Earth to meet the projected demand for the EV market. And other sectors use or will start using Li-Ion batteries. That's why scientists and even companies like the Chinese giant CATL are working hard to replace Li-Ion batteries with alternatives that use more abundant materials. Sodium-ion batteries are a good alternative in this regard.

Current sodium-ion projects have shown a lower specific energy density, which makes them less desirable than Li-ion batteries. CATL’s Na-ion battery, for instance, offers a 160 Wh/kg which is about half the energy density of today's mass-market lithium-ion packs. Natron’s battery relies on different chemistry based on a proprietary Prussian Blue electrode and is said to offer a strong energy density, in between that of lead-acid and lithium-ion batteries.

Not only that, but Natron’s battery offers an ultra-fast charging time of eight minutes from 0 to 99% state of charge. Its main advantage is the claimed 50,000 cycles lifetime, though, which is between five and 25 times better than what Li-ion batteries offer. Oh, did we mention that they are also extremely thermally stable? Well, they are, just watch the video below.

At least on paper, everything looks great, except for the energy density, which Natron prefers to not make a fuss about. We assume it is not that great, since the startup does not pitch its battery to EV carmakers. Instead, it’s targeting industrial use cases, like data center backup power, industrial vehicles, and others. Natron also sees its Na-ion batteries being used as a buffer in EV chargers to offer fast charging even when the grid lacks enough capacity.

To build its proprietary Na-ion battery, Natron has partnered with Clarios and will start mass-producing the batteries at the Clarios Meadowbrook facility in Michigan. Clarios currently manufactures Li-ion batteries there, but Natron’s sodium-ion batteries can be manufactured using the same equipment. This allows for shortening the time to mass-produce the batteries. The production is planned to start in 2023, at which time Clarios’ production facility would be the world's largest sodium-ion battery plant. 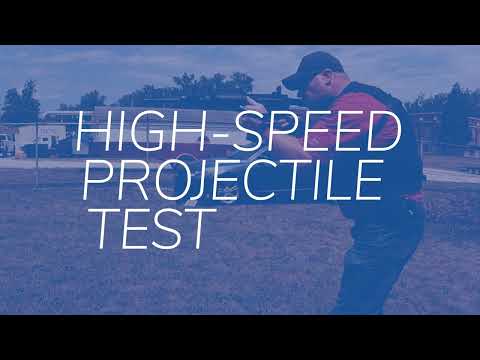