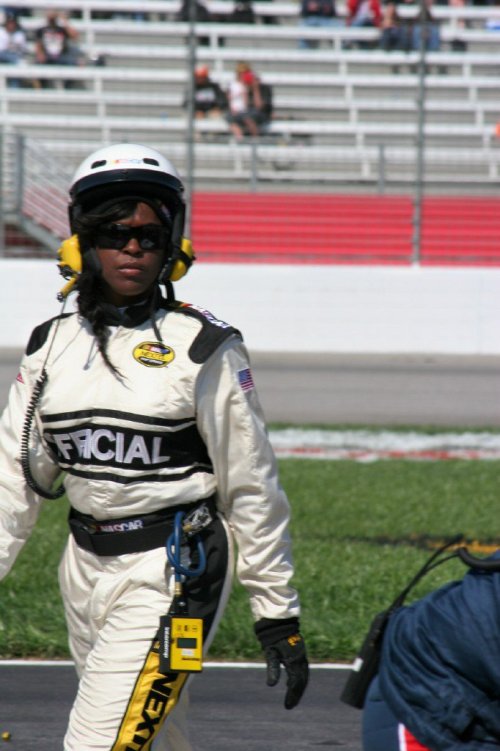 “We're glad to have the case settled on mutually acceptable terms. NASCAR remains dedicated to maintaining a professional work environment for all employees at all times, and we wish Ms. Grant well in her future endeavors,” announced NASCAR spokesman Ramsey Poston yesterday.

Well, we're not really buying the “we're glad” part, but as long as Mauricia Grant got hers, it's all good.

In the lawsuit filed by Grant in June in the U.S. District Court for the Southern District of New York, she detailed no less than 57 situations in which she had to suffer racial and sexual harassment from her former colleagues. From those 57 situations, 23 were based on sexual discrimination and the remaining 34 were related to racial and gender discrimination.

Mauricia Grant worked as a technical inspector responsible for certifying cars in the Nationwide Series since January 2005 until October 2007.

Following an internal investigation conducted by NASCAR, series' officials Tim Knox and Bud Moore were fired after being accused by Grant of sexual advances. However, NASCAR's chairman Brian France insisted that Grant's supervisors had no knowledge of the racial discrimination the women was subject to - Ku Klux Klan references or nicknames like "Nappy Headed Mo" and "Queen Sheba" – and therefore NASCAR should not be responsible for the incident.

The settlement between the two parties has been reached following a mediation meeting in New York in early December, with the financial aspects of the agreement remaining confidential.