1 NASCAR Looking to Cut Horsepower for 2015

4 Keselowski Wins in Vegas as Dale Earnhardt Jr. Runs out of Gas

Woman in Hawaii Takes the Worst Test Drive Ever

Ciprian Florea
Toyota has won its first 2014 NASCAR Sprint Cup series race yesterday, when Kyle Busch snatched the checkered flag in Fontana, at the end of a thrilling, tire problem-packed Auto Club 400.
1 photo
Joe Gibbs Racing’s driver crossed the finish line ahead of rookie Kyle Larson, who qualified 11th but managed to make its way to the top as several tire problems sent leading drivers to the pits one by one during the final laps.

Jimmie Johnson, Brand Keselowski and Clint Bowyer all blew tires with few laps remaining. NASCAR called after the Bowyer’s Toyota slid across the track, sending the race into a green-white-checkered-flag finish.

"I knew four tires was going to win the race, so I'm glad (crew chief) Dave (Rogers) called that," Busch said after the race. "There was some great racing up front between Tony and Kurt there. It was really interesting to watch that.

"I went into Turn 1 thinking I'm going to run the middle and then Tony started sliding off the bottom and I'm like, ‘Nope, not having it.' I had to get some brake and cut my car to the left and drove underneath him and got him cleared off Turn 2, and I was able to keep Kyle Larson behind me."

Kyle Busch and Larson were followed by Kurt Busch and Matt Kenseth, while Tony Stewart and Jamie McMurray put their Chevrolets in fifth and sixth. 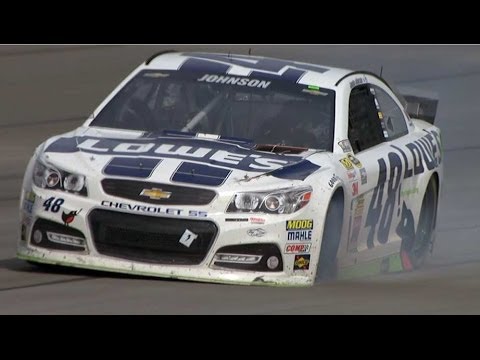 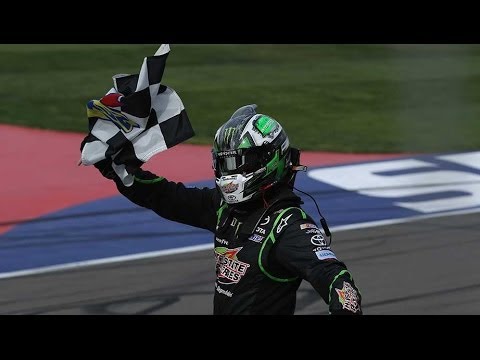