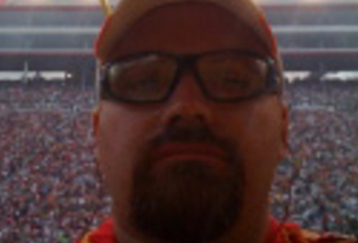 In the beginning of December, we brought you the news that pit crew member Donald "D.J." Richardson of the Richard Childress Racing organization came down with the H1N1 virus. While at the time Richardson was recovering from complications, he did not manage to survive the virus and passed away on Christmas Day, at 37 years of age.

“All of us at RCR are saddened by D.J.’s passing,” Richard Childress, president and CEO of Richard Childress Racing said according to Auto123. “D.J. was a gifted tire changer, one of the greatest team players in the business and a valued member of the RCR family. Our thoughts and prayers go out to his family and friends.”

“I am shocked and saddened by the tragic loss of our friend and teammate,” Matt Clark, director of human performance and leadership development of Richard Childress Racing added.

“Anyone who knew D.J. realized that below the tough exterior was a caring father, friend and teammate. He had a huge heart and would do anything to help someone in need. D.J. loved changing tires and was recognized as one of the top pit athletes at the position. I want to extend my condolences to his family and friends.”

Richardson has been rear tire changer for Richard Childress Racing in the Sprint Cup Series throughout the 2009 season. He joined RCR in July 2009, after beginning his career with Andy Petree Racing in 1999. He also worked for Penske Racing, Hendrick Motorsports, Braun Racing and Andy Petree Racing.

Details of memorial services in Massachusetts and North Carolina will be made available soon.