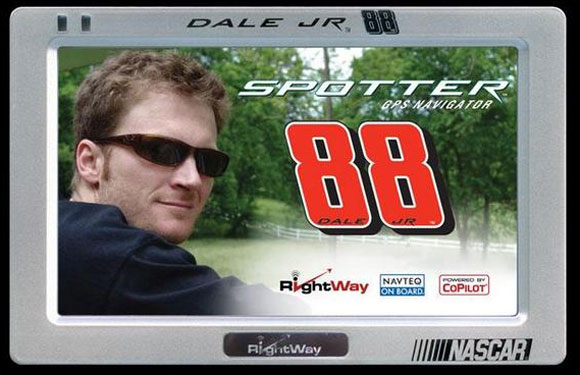 Along came the moment that over 70 million NASCAR fans were waiting for. A new portable GPS device (called the Spotter) is making its debut, under the RightWay, NASCAR and Dale Jr brands.

Dale Earnhardt, Jr. is the voice behind the turn-by-turn directions given by the Spotter to its users. It will probably make you feel more prepared for the ride when the voice of the race car superstar tells you "You drive, I'll ride shotgun."

Also, you should be confident in your actions if you hear Dale Jr. guiding you with lines like "Hang a right" and "Park it, we're here." 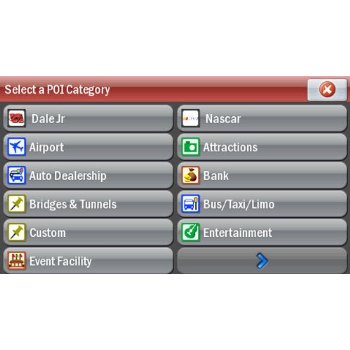 If being the 1998 and 1999 Nationwide Series Champion is not trustworthy enough for you, we can also mention he is a Sprint All-Star Race XVI Winner, a 2004 Daytona 500 Winner and between 2003-2008 he won NASCAR's Most Popular Driver award.

All that and other extra-features of this new device (1.7 million points of interest, including a tour of Charlotte, North Carolina, the possibility to play MP3s and videos, display photos, not to mention an e-book reader) could make the $299 suggested retail price sound cheap.

The Spotter is on sale since last week through Amazon.com and BestBuy.com. Starting May, the Dale Jr. GPS will be available through QVC and racing outlets as well.