Home > News > Space Junk
Daniel Patrascu
Back in January, the American space agency conducted one of the last, and perhaps most important tests of the Space Launch System. Called hot fire test, it was supposed to see the four RS-25 engines of the core stage light up for eight minutes, simulating an actual launch. It failed, as the engines stayed lit for just a little over a minute before shutting down.
1 photo
But failure is a key component of rocket testing, and NASA was not discouraged by it. Last week, it finally remade the test at the Stennis Space Center in Mississippi, and this time it nailed it: the engines on the “largest rocket element NASA has ever built” burned for 8 minutes and 19 seconds.

“The SLS is the most powerful rocket NASA has ever built, and during today’s test the core stage of the rocket generated more than 1.6 million pounds of thrust within seven seconds. The SLS is an incredible feat of engineering and the only rocket capable of powering America’s next-generation missions that will place the first woman and the next man on the Moon,” said in a statement after the test acting NASA Administrator Steve Jurczyk.

“Today’s successful hot fire test of the core stage for the SLS is an important milestone in NASA’s goal to return humans to the lunar surface – and beyond.”

The long duration of the test allowed NASA engineers to conduct several maneuvers, including moving the engines so that they direct thrust in various directions, but also throttling them down and then back up.

The core stage of the rocket tested by NASA is part of the Space Launch System assembly that will carry humans back to the Moon as part of the Artemis program. This last test opens the doors for the first test flight of the rocket, carrying with it the Orion capsule.

Artemis I is how the mission is called, and it is expected to take off later this year. in 2023, Artemis II will follow with astronauts on board, but they will only circle the Moon without landing. Artemis III in 2024 is the one that will put human boots back on the Moon. 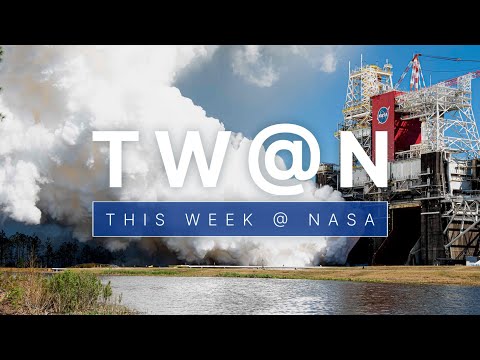