1 Future Space Stations - What Comes After the ISS?

2 Are We Ready to Be Martians Yet?

3 What Happens With the International Space Station at the End of its Life?

5 This Is Virgin Galactic’s Second Spaceship
Up Next

Andrei Nedelea
Humanity’s quest for other habitable worlds has led us to want to explore most of the planets in our solar system, but it seems that the most promising of them all is not a planet.
6 photos

It’s actually a moon, Saturn’s largest, Titan, which also happens to be the second-largest moon in our solar system, after Jupiter’s moon Ganymede.

Why is it promising? Well, the probing that has been done so far strongly suggests there are bodies of stable liquid on its surface. It’s also been discovered it actually has a pretty thick and complex nitrogen-rich atmosphere.

The fact that it has an actual atmosphere makes it quite unusual among the other moons of our solar system, but also makes it the only other world that we know of, aside from Earth and Venus, that has both a thick atmosphere and solid ground below. In fact, Titan’s atmosphere is actually more dense than that of Earth.

In terms of size, it’s been measured to be 5,149 km (3,199 miles) in diameter, which means it’s actually slightly larger than the planet Mercury and around 40 percent as large as the Earth. It is composed of 50 percent water ice and 50 percent rocks. Most of the heavy rocky stuff is concentrated near the planet’s 3,400 km (2,100-mile) core due to gravitational compression. 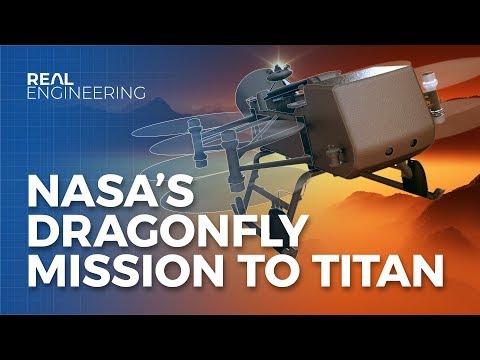 We see Titan as a strong candidate for harboring life, even if its surface temperature is -179.2 °C (-290 degrees Fahrenheit) and it only receives about 1 percent of the sunlight that reaches Earth. Even so, scientists carried out many experiments (and simulations) and they discovered conditions on this moon might be good enough for the biochemicals needed for life (as we know it) to form.

We already know a great deal about it, as it was discovered in 1655 and studied ever since. Our best look so far at Titan came courtesy of the Voyager and Casini probes that revealed a lot of this moon’s intricacies, yet there’s still a lot we don’t know about it.

The Huygens lander/probe that piggybacked on the Cassini spacecraft touched down on the surface of Titan in January of 2004. It was a historic moment for space exploration since it was (and still is) the only landing on any celestial body in the outer solar system.

But that won’t stay the same for long, because NASA has even bigger plans for exploring Titan. In 2026 it will launch the Dragonfly mission whose aim is to put a robotic rotorcraft lander (essentially a big drone that weighs 450 kg/990 pounds) on the moon’s surface. 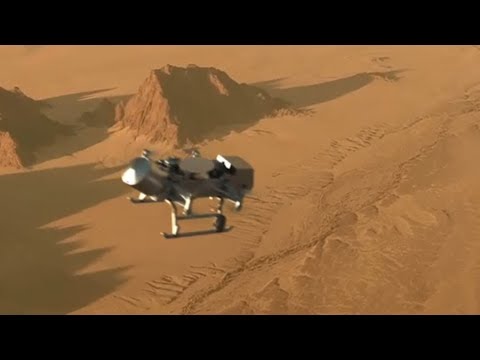 Its mission will be to assess microbial habitability and the chemistry on various parts of Titan. The plan is for the Dragonfly lander to fly to dozens of locations after it successfully lands, thus exploring a much wider range of areas on the moon’s surface - this way it will cover more than if it was a typical wheeled rover of the kind NASA put on Mars.

According to Thomas Zurbuchen, NASA’s associate administrator for Science at the agency’s Headquarters in Washington, “Titan is unlike any other place in the solar system, and Dragonfly is like no other mission."

"It’s remarkable to think of this rotorcraft flying miles and miles across the organic sand dunes; Dragonfly will visit a world filled with a wide variety of organic compounds, which are the building blocks of life and could teach us about the origin of life itself. ”

We really don’t know what Dragonfly might discover on Titan, but the scientific community seems to be quite enthusiastic about the prospects. Based on all of the above, it really sounds like it stands a chance of discovering some truly remarkable things - maybe it won’t discover actual life, but if it does discover the known building blocks of life, we will be one step closer to answering the age-old question of whether or not we’re alone.

However, since Titan is so far away, the mission will only reach its destination in 2034, after some 8 years traveling through the vast emptiness of space, towards the outer reaches of our solar system. It’s part of NASA’s New Frontiers Program that also includes the New Horizons mission to Pluto and the Kuiper Belt, the Juno mission to Jupiter, as well as the OSIRIS-REx asteroid probing mission.