Sometime by the end of the decade, humanity would have made its first major steps towards the colonization of other worlds. The Artemis program is set to return human presence to the Moon, and this time it would seem Americans plan to stay there, both in orbit around the satellite, and on the ground in future lunar bases.
1 photo
NASA will take it slow, though. As revealed not long ago, it would take four more years until the Artemis III mission lands people on the Moon (2024). Only then more serious preparations for what is now called Artemis Base Camp will start being made, so we’ll probably be really old by the time humans would be a permanent presence in the sky.

But that doesn’t mean NASA isn’t thinking way ahead: it is now looking into how best to use the available resources on the Moon to serve the needs of the Artemis program. In-situ resource utilization (ISRU) is how the agency likes to call this.

ISRU essentially means taking advantage of the resources available on the Moon or elsewhere to advance space exploration, especially the next leg of NASA’s plan, missions to Mars. For that to work though, several things have to happen, including the development of the needed technologies, and finding out what resources we can count on up there.

For the latter NASA just hired last week four companies “to collect space resources and transfer ownership to the agency.” They are Lunar Outpost, Masten Space Systems, ispace Europe, and ispace Japan. All four companies have their own planned missions to the Moon, with the first lander to arrive there being ispace Japan’s 2022 machine.

Taking advantage of the missions, NASA had the four commit to collecting “a small amount of lunar regolith from any location on the Moon and provide imagery to NASA of the collection and the collected material, along with data that identifies the collection location.”

As said, once collected the samples would be passed over to NASA, but for a price. Lunar Outpost is charging the agency $1, ispace asks for $5,000, and Masten topped the charts with $15,000. We are not being told exactly how much regolith those sums secure. 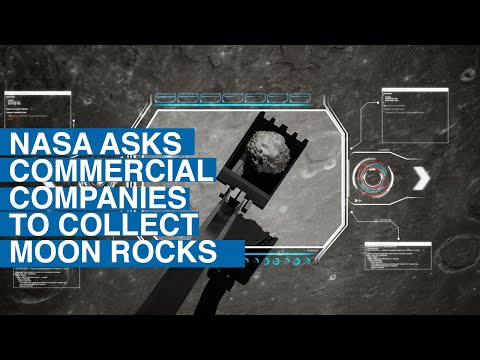