With all the nasty things going on around us, there’s one aspect of human activity than makes us hopeful we are eventually going to overcome our difficulties: space exploration. Thanks to the involvement of private companies to a degree never before reached, space exploration is now in what is likely to become its true golden age, the one when we return to the Moon and land humans on Mars.
5 photos

Artemis is how NASA is calling the ambitious program, and for it to succeed, all hands, be it private or government-backed, must be on deck. But the program also needs cutting edge technology lending a hand.

3D printing is the next hot thing in the manufacturing of well, everything, and NASA wants it for the future rockets of the Artemis program. Through a project called Rapid Analysis and Manufacturing Propulsion Technology (RAMPT), the agency is looking to speed up one particular type of 3D printing.

Officially, this method is called blown powder directed energy deposition. It calls for metal powder to be injected into a laser-heated pool of molten metal, following a precise pattern to create whatever part is needed. In theory, this method could churn out anything from nozzles to combustion chambers, as there is virtually no size limit, other than the size of the room in which they are created.

"It’s a challenging process to manufacture the nozzles traditionally, and it can take a very long time,” explained in a statement Paul Gradl, RAMPT co-principal investigator at NASA's Marshall Space Flight Center in Huntsville, Alabama.

“Blown powder directed energy deposition additive manufacturing allows us to create very large-scale components with complex internal features that were not previously possible. We’re able to significantly reduce the time and the cost associated with the fabrication of channel-cooled nozzles and other critical rocket components."

NASA did not say how soon RAMPT will spit out a usable part, but it did mention it eyes the technology for the creation of parts for the Space Launch System (SLS), the rocket family that is supposed to take humans back to the Moon by the middle of the decade. 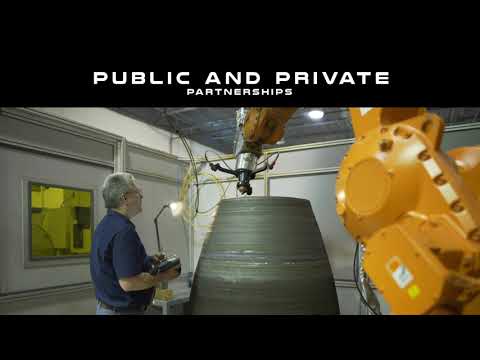