3 NASA Plans to Bring to Earth a Piece of Mars

With the Insight mission currently en route for Mars, NASA is gearing up to conduct tests of a new type of parachute for possible future missions to the Red Planet.
1 photo
On Friday, the space agency announced the a new such test will take place on September 7 at the agency’s Wallops Flight Facility in Virginia.

The parachute to be tested is called the Advanced Supersonic Parachute Inflation Research Experiment (ASPIRE) and will be mounted on top of a Terrier-Black Brant IX suborbital sounding rocket.

The projected test will require the rocket to ascend to an altitude of 32 miles approximately 2 minutes into the flight. It will then deploy and carry the test payload to the Atlantic Ocean, 40 miles from Wallops Island.

If the test is successful, ASPIRE will be retrieved and then sent back to the laboratory for data analysis and inspection.

This new flight demonstration will mark the third deployment of the parachute for testing. Last October, NASA launched ASPIRE for the first time, and did another run with the technology this March.

The research being conducted this month will eventually lead to the creation of the supersonic parachute that will help the Mars 2020 mission reach our neighboring planet.

Mars 2020 has six wheels to help it navigate the tricky terrain of the Martian planes. Its body hides computers and other hardware needed for exploration. The temperature is regulated with the help of internal heaters and insulation.

The rover’s landing site has not been selected, as NASA still looks at three possible choices: Columbia Hills inside Gusev crater, Jezero Crater, and NE Syrtis. 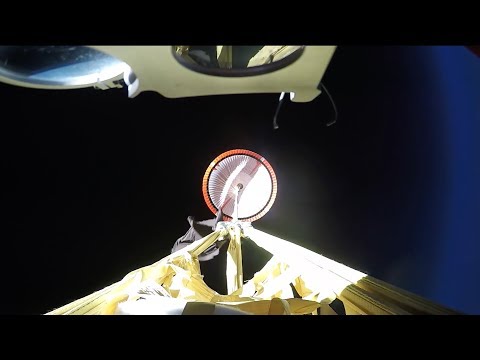