The great aviation transformation begins. This is how NASA described the first official step, taken on Tuesday, that would lead to the development of the world’s first quiet supersonic airplane.
1 photo
As promised since last week, NASA made public the first details surrounding the new plane. The agency will build a so-called Low-Boom Flight Demonstrator (LBFD), with which it will fly supersonic over inhabited areas, in an attempt to gather relevant information from civilians about the perceived noise level.

“This data set will be provided to U.S. and international regulators for their use in considering new sound-based rules regarding supersonic flight over land, which could enable new commercial cargo and passenger markets in faster-than-sound air travel,” says NASA.

The prototype is to be called X-Plane and will be produced by Lockheed Martin, on the basis of a cost-plus-incentive-fee contract valued at $247.5 million awarded on Tuesday. The plane should be ready for first flights by the end of 2021.

The contract states that Lockheed Martin is to produce an aircraft that would fly at an altitude of 55,000 feet (16,700 meters) and speeds of 940 mph (1,512 km/h). The trick is that the X-Plane should create a sound of at most 75 Perceived Level decibel (PLdB), about as loud as a car door closing and nowhere near the sonic boom current fighter jets produce.

Trials over populated areas are expected to begin in mid-2022, over select U.S. cities. The final goal of the research is the creation of the currently called QueSST X-Plane or Quiet Supersonic Transport. This aircraft would be able to avoid FAA restrictions preventing planes from going supersonic above land.

The X-Plane is planned as a replacement for the Concorde. At the speeds announced by NASA, travel time between London and New York would be cut down to a little over three hours. A flight from New York to Hawaii could be cut to 4.5 hours. 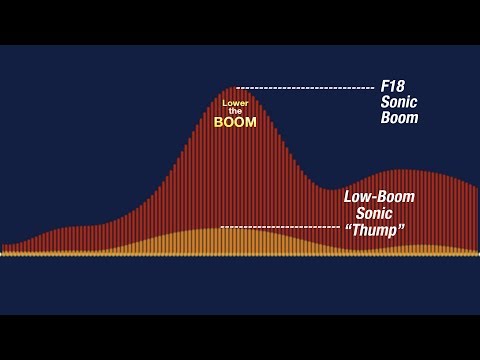