On the InSight mission (short for Interior Exploration using Seismic Investigations, Geodesy and Heat Transport), NASA will send to Mars an immobile instrument platform that will be used to scan the interior of the Red Planet using an ultra-sensitive seismometer, a heat-flow probe, and other instruments.

With it, NASA will launch a pair of mini-satellites from the CubeSat family, which will be used to track and follow InSight through space, documenting both its journey and, should they survive the trip, the lander’s entry into the Martian atmosphere.

Officially, the two satellites are called Mars Cube One as a pair, or MarCO-A and MarCO-B separately.

But because they both use a compressed gas commonly found in fire extinguishers to push themselves through space, just like a character from a 2008 Pixar animation, NASA engineers call them Wall-E and Eva.

And they are embarking on a dangerous mission. Until now, satellites from the CubeSat family have only been used in orbit, and they were never subjected to beyond-Earth conditions.

"These are our scouts," said Andy Klesh, MarCO's chief engineer. "CubeSats haven't had to survive the intense radiation of a trip to deep space before or use propulsion to point their way towards Mars. We hope to blaze that trail."

Should they succeed, NASA will use the data gathered from this mission to learn a thing or two and apply that knowledge in future Mars landings. They survival in deep space might also mean similar satellites could be sent towards other destinations as well, or maybe accompanying other missions. 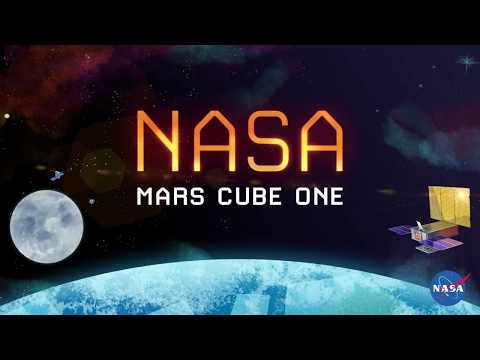