Daniel Patrascu
When thinking about spaceships, the general image one gets comes either from the movies you've seen or the books you've read. The reality is that present-day spaceships are not powered by ion, warp or slipstream hardware, and they are not at all spectacular as they move through space.
4 photos

But that may change once NASA gets the Gateway space station in orbit around the Moon. Since the construction will have to move on its own volition around the celestial body, it has to be fitted with thrusters, and the technology chosen for this is called solar electric propulsion (SEP).

The Gateway SEP system will comprise a number of 6-kilowatt thrusters for a total output of 50kW, enough apparently to allow Gateway to move on its own.

Each of these elements comprises high-power control electronics, a xenon feed system, four Hall effect thrusters, and solar arrays. All this hardware comes together to collect solar power and then boost the light’s voltage. Through a “complicated electromagnetic process,” it then transforms the onboard fuel, in this case xenon, into ions.

These ions are then sped up through an electric field to create an exhaust plume. It is this plume that will make the station move.

At the end of March, the company tasked by NASA with designing the thrusters, Maxar Technologies, conducted the first fire test of one of the thrusters, one which seems to have concluded successfully.

“This is an exciting first step toward proving the PPE’s propulsion system will meet Gateway’s requirements,” said in a statement Mike Barrett, Power and Propulsion Element manager at NASA’s Glenn Research Center.

“These thrusters will be critical in delivering the first elements of Gateway to lunar orbit and will help us create a dynamic exploration platform over Gateway’s 15-year lifespan.”

When fully operational, the Gateway will become a staging point for both Lunar and Mars incursions and act as a research station. It would also look extremely cool, with its Star Destroyer-like thrusters on, if we are to trust the renderings provided. 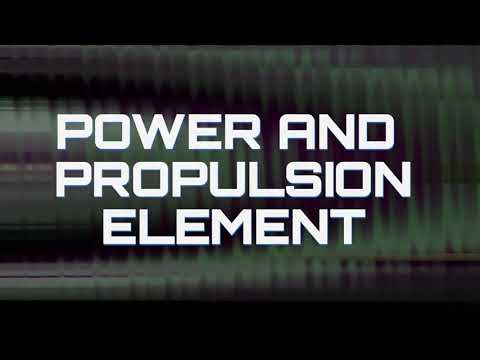