3 This Asteroid Made Quite a Splash on Mars, Visible From Space

NASA Knew Exactly When an Asteroid Would Hit Earth, Could Do Nothing to Stop It

Unofficial estimates are that tens of thousands of small meteorites hit our planet each year. Because we almost never know anything about them, we go on with our lives as if nothing ever happens. As it turns out, even knowing about them doesn’t do us much good.
6 photos

As reported earlier this week, on March 11 a small asteroid blew itself to smithereens in the sky over the Norwegian Sea. At some 6 feet (2 meters) across, it was too small to do any major damage, but large enough for astronomers to spot before impact, and a NASA tool to determine the exact position and time of the impact.

Called 2022 EB5, the asteroid was one of those tiny bits of alien rock that get bright enough to be detected only a few hours before they strike. In this case, it was spotted by an observatory in Hungary just two hours before impact, and immediately reported to the Minor Planet Center, an organization tasked with “the position measurements of small celestial bodies.”

The Minor Planet Center is integrated with a NASA tool called Scout, designed to make impact hazard assessment by calculating the trajectory of incoming asteroids. In the case of 2022 EB5, Scout used just 14 observations made over 40 minutes to determine the asteroid would strike at 5:23 p.m. EST (2:23 p.m. PST) in a region located from western Greenland to off the coast of Norway. And it did just that.

As said, the asteroid was too small to do any damage, and the window between discovery and impact too narrow to do anything about it. This occurrence, however, is another testimony to the fact that at the moment we’re completely exposed to asteroid impacts, and not even six months of warning would not be enough to save us, as NASA found out in an exercise last year.

The discovery of the 2022 EB5 marks the fifth time “any asteroid has been observed before impacting into the atmosphere.” 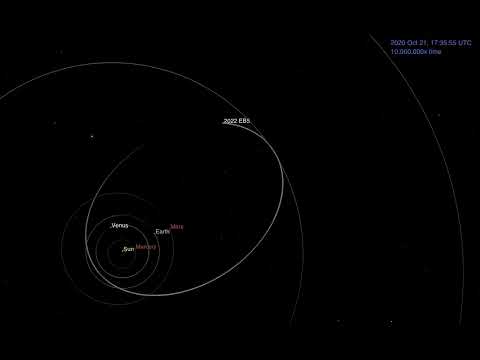