1 First Sunlight Sailing Spacecraft To Begin Testing in May

Gabriel Brindusescu
Saturn might be just a boring ball of gases, but it’s moon Titan is the only one in our solar system to feature a proper atmosphere and landscapes similar to those on Earth. Reason why NASA plans to explore it better in 2040 by sending a submarine there.
1 photo
Visited back in 2005 by the Huygens probe, Titan has been found to have a thick atmosphere and three huge polar seas made out of methane and ethane. Imagine a huge pool filled with liquified natural gas (LNG) here on Earth. It seems interesting and the scientists want to see how deep these lakes of gas go and what other things could be down there.

To do that, a spacecraft will land on the surface and deploy this autonomous submarine you see here. It’s basically like one we use on our planet, but it’s powered by a radioisotope Stirling generator, which should provide enough boost to cruise at a about 1 m/s (3.6 km/h or 2.2 mph).

The trip will take about 90 days, since the lake spans on about 1,000 km (621 miles). Most of the time, the sub will roam around on its own, collecting data and snapping photos of whatever there’s down there. The collected info will then be sent to Earth via a planar phased-array antenna located in its dorsal fin.

Each day, the submarine will surface for 16 hours to send data and also study the surroundings using a mast camera. And if any breaks in Titan’s clouds will happen, we’ll get to see how Saturn looks from its own moon. It should be quite mesmerizing to look at.

Still, this is an early concept and it could suffer changes by the time it will be launched towards Titan. You can read more about it in the PDF document attached below as well as the video past the jump. 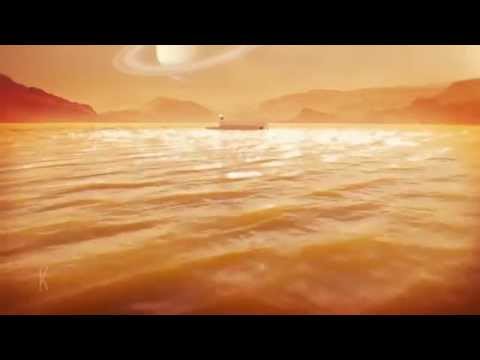