1 Jeff Bezos Unveils Blue Moon Lander, Says It Could Be Used for 2024 Mission

Daniel Patrascu
There was probably never a better time for doing business in the space exploration industry. Fueled by the American administration’s call to put boots on the Moon by 2024, NASA is now throwing contracts left and right, acutely aware it will not be able to reach its goal without help from private companies.
7 photos

Earlier this week, the American space agency announced the names of three such organizations that will be tasked with shipping various science and technology payloads to the Moon ahead of the human return.

The three companies are Astrobotic, Intuitive Machines and Orbit Beyond. Each received between $77 million and $97 million for conducting between 4 and 14 commercial flights by summer 2021.

To be able to complete their tasks, each company will have to have its own lander ready for flight. NASA will announce the assignment of each of the payloads later this summer.

The Artemis program, as the new conjugated effort to reach the Moon is called, is the first in human history that pairs government funding with private ideas on such a large scale.

“This announcement starts a significant step in NASA's collaboration with our commercial partners,” said in a statement Chris Culbert,program manager at NASA.

“NASA is committed to working with industry to enable the next round of lunar exploration. The companies we have selected represent a diverse community of exciting small American companies, each with their own unique, innovative approach to getting to the Moon."

The 2024 Moon mission will fly on top of the Space Launch System rocket (SLS) and the Orion capsule developed by NASA and long-time partners the likes of Boeing, ULA and Aerojet Rocketdyne. Once on the Moon, astronauts will set down on a privately-built lander that is yet to be chosen. 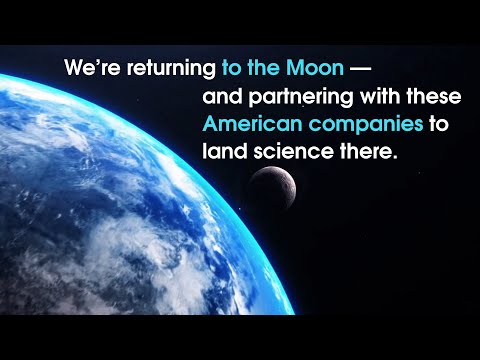 Racing to win the contract to build the lander are 11 companies, including newcomers SpaceX and Blue Origin.