2 Charlie Sheen Buys Bentley, Porsche for Sex Buddies
Up Next

McLaren Will Take Thursday Off in Barcelona 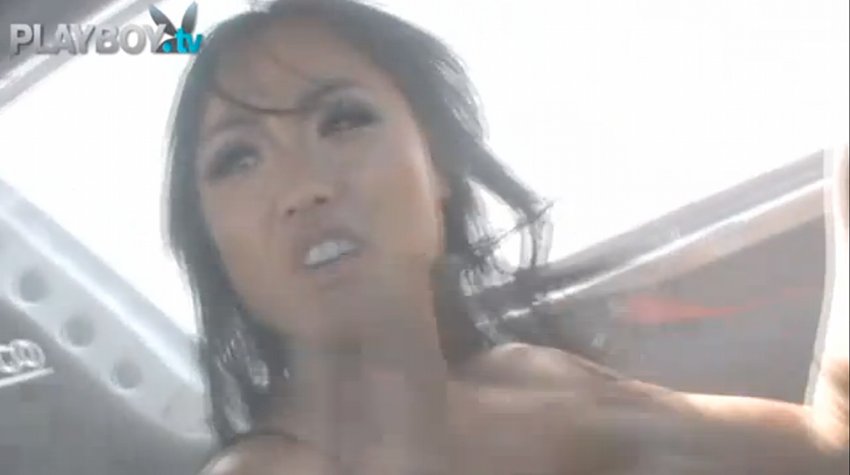 This HPOA (Hot Piece of Announcement) is about a BMW M3. This should be enough to make it deserve the aforementioned title. But wait, there’s more. We are talking about a BMW M3 drift car. This $170,000 machine is being put through its paces by a Playboy model. A naked Playboy model.

So, let’s get to the point. She’s hot. Ok, we’ll really get to the point. Playboy released a video showing one of its models TRYING to drift an M3. The footage is packed with spicy... moments. First of all, the models seems to be having difficulties handling the racer’s stick shift (no pun intended).

Then there’s the smoke. You see, she’s not drifting. What she’s actually doing is baking... donuts. As the M3’s windows are down, the smoke invades the cabin and clearly affects the model’s driving abilities.

While this seems like a lot of fun to watch (and it was also probably a lot of fun to produce), we’d like to repeat that the Playboy model is not drifting the car. You see, many automotive websites used the notion in the titles of the news related to this and this can only bring arguments for those who claim that drifting is not actually a sport.

We want to take the matter seriously, so we’re launching an invitation here. We’re asking any Playboy model that wants to learn how to (wo?)manhandle a drift car to contact us. We’re pretty sure that we’ll find a drift course for her and we promise to turn the whole experience into a juicy story...