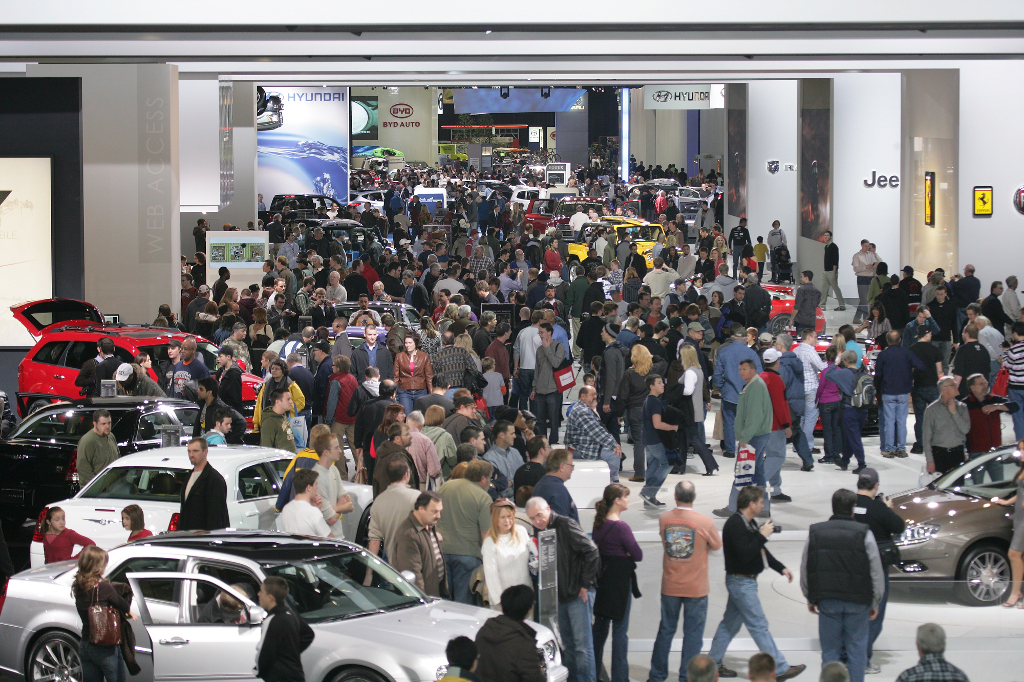 We have a feeling the North American International Auto Show (NAIAS) organizers will skip the 2011 New Year celebrations, as they gear up for the first important automotive show of the year. And with a full floor and some 30+ premieres waiting in Detroit (coming from established manufacturers like Audi, BMW, Chrysler, GM, Mercedes-Benz, Toyota and Volkswagen), we can understand they have their hands filled.

As most of you know, the next year edition of NAIAS opens on January 10, with an entire array of exhibitions and displays adorning the main event. NAIAS will feature the annual Charity Preview gala even, the MEDC's EcoXperience ride and drive, the Smarter Living In Michigan display and much more. As usual, the event will begin with media days, meant to bring the public up to speed with what they will see during the event.

"We're rapidly approaching January 10th when the door of Cobo Center will once again open to the NAIAS and 2011 will be another banner year for media, industry and the public alike as they will be able to explore a packed show floor," said Barron Meade, 2011 NAIAS chairman.

“We're again bringing a wide array of exhibitors featuring the latest in environmental technologies for automotive and lifestyle into Michigan Hall with Smarter Living in Michigan sponsored by the Michigan Economic Development Corporation (MEDC) and DTE Energy which will once again include the popular ride and drive element."