4 MV Agusta Superveloce Alpine Looks Like a Mix of Happiness

Elena Gorgan
You don’t move ahead of competition by sticking to the same tired recipe. You do it by thinking outside the box, by trying to bring your something special to a new project, and by getting more people to know and buy your stuff. MV Agusta knows this.
7 photos

The Italian motorcycle maker, a staple in the industry and a legend in its own right for decades, is branching out. Since 1945, when it was founded in Cascina Costa, Italy, MV Agusta has worked relentlessly to “craft motorcycle art.” “Racing experience at the service of mass production” is another of the company’s mottos and, while both could be faulted for marketing verbosity, they do speak to the company’s commitment and passion for the two-wheel world.

Well, if you’re going to spread the gospel on the joys of two-wheelers, inclusiveness is always a good place to start. MV Agusta is branching out, delving head first into the already-crowded market of e-mobility. According to the latest press release, the move into this sector won’t be superficial, hurried or performative, but by the same standards that they have held themselves against when building motorcycles.

MV Agusta will first offer two e-bikes, and then an electric kickscooter. Kickscooters, whether motorized or not, have often been described as the bane of modern cities, but they still hold plenty of value for the private sector, because they offer certain advantages over other urban mobility solutions that are simply unbeatable. MV Agusta, like other companies tapping into the e-mobility market, knows this.

Details on the e-scooter have not been released yet, but the first look at the e-bikes should tell you all there is to know about the new range from the Italian maker: it will be high quality and it will not be cheap. These are premium products, built and priced accordingly.

The e-bike lineup is called AMO, which is Italian for “I love” and, according to the same press release, it will be “designed and engineered in Italy, following the brand’s tradition of impeccable craftsmanship, using the latest technology and advanced, premium materials.” Two models are included, the RR and the limited-edition RC, with the only notable difference between the two being that the latter comes with carbon rims and the white and black “Reparto Corse” livery.

Both AMO RR and AMO RC will be designed and hand-built in Italy, in keeping with company’s promise of delivering the same MV Agusta quality from the motorcycles. They will be powered by a 250 W Mahle ebikemotion x35 motor offering assistance up to 25 kph (15.5 mph), and a 250 Wh Panasonic battery that’s good for an estimated 75 km (46.6 miles) on a single charge. A full charge is completed in four hours.

Both e-bikes feature an aluminum allow frame with a carbon fork, Gates Carbon belt drive, Magura MT4 hydraulic disc braking front and rear, and Pirelli tires. You don’t get suspension because this is a city bike. You also don’t get a torque button like you would in most e-bikes regardless of price range, but you do get a single button for powering the AMO up and changing between power assist modes.

The goal was to create an e-bike that was lightweight, sleek and inconspicuous looking, so MV Agusta did away with all the bulky electronics. From afar, you might even be able to tell this was an electric bicycle. Pick it up, and you might be equally deceived: either AMO model tips the scales at just 15.5 kg (34 pounds), which is very light compared to most e-bikes.

The AMO e-bikes are designed for the “sophisticated, discerning urban dwellers for whom moving around the city on a sports motorcycle is not the most practical option,” MV Agusta says. This description should give you a hint about pricing: the AMO RR starts at €3,075 ($3,650), while the AMO RC starts at €4,100 ($4,870), to which you add taxes. Deliveries are scheduled for August this year, and each model will be offered in limited numbers – only 200 units for the RC. 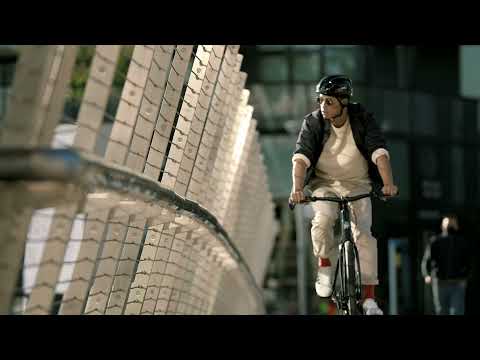 Want To Witness the Limit to Big Rig Customization? DMC Shows Off Their Magic

This Shark-Shaped Powerboat Can Dive and Launch, With You and 5 of Your Friends InsideSee all coverstories