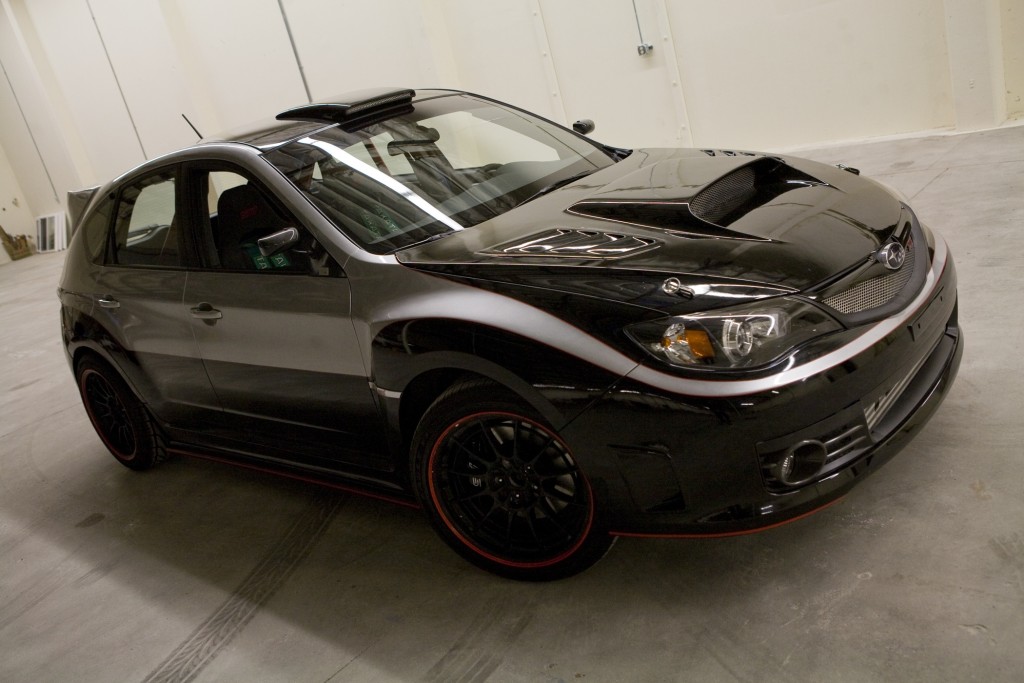 Only a few weeks are left until April 3, the release day of "Fast &Furious 4", but the muscle cars featuring in the movie could be seen on display exclusively at Universal Studios Hollywood.

The Entertainment Capital of L.A. added the exotic muscle cars  to its world-renowned collection of authentic movie picture cars and props. Almost needless to say, the stars of the "Fast & Furious 4" collection are the 1987 Buick Grand National and a 2009 Subaru WRX STI that are driven by Vin Diesel and Paul Walker in the movie.

Vin Diesel is returning in "Fast & Furious 4" as fugitive ex-con Dominic Toretto and Paul Walker as LAPD officer Brian O'Connor. In addition, Michelle Rodriguez and Jordana Brewster are also back reprising their roles. The action takes place in Los Angeles, where Dom Toretto and Brian O'Conner who have to protect one another against a common enemy, Rico. The movie is believed to be a  mixture of cars, races, explosions, murders, drugs and revenge.

In addition, other vehicles from the “Fast & Furious” franchise are on display in connection with the popular “The Fast & the Furious Extreme Close-Up” experience on the behind-the-scenes Studio Tour.

Other cars from the Universal Studios Hollywood fleet include more than 16 famous prop vehicles from well-known movies and TV productions such as “Back to the Future” (DeLorean, a futuristic Edsel and Biff’s Cadillac), “Serenity” (Mule), “Animal House” (Death Mobile), “The Blues Brothers” (Blues Mobile), “The Mummy” (Dusenberg), “The Little Rascals” (‘Norman Schwarzkopf’ go-cart), “Magnum P.I.” (Ferrari), “Jurassic Park” (off-road Mercedes SUV), and from the Marx Brothers movies, a 1932 Ford Model A.

The Entertainment Capital of L.A., includes a full-day, movie-based theme park and Studio Tour; the CityWalk entertainment, shopping and dining complex; the Universal CityWalk Cinemas; and the Gibson Amphitheatre concert and special event venue. The theme park features  attractions like “The Simpsons Ride,” “Revenge of the Mummy – The Ride,” “Shrek 4-D,” “Jurassic Park – The Ride,” and the world-renowned Studio Tour, which takes guests behind-the-scenes of such landmark TV and movie locations and sets just as Steven Spielberg’s “War of the Worlds.”