1 Criminals and How They Choose Their Cars
Up Next 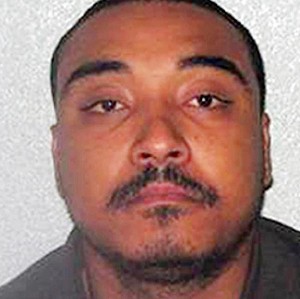 Ranjit Nankani, the man responsible for taking a young father’s life, was told he must serve at least 18 years for the murder after deliberately using a Mitsubishi Shogun 4x4 to mow down Gary Johnson, 25. This incident, which took place last August outside the Ministry of Sound nightclub, was caught by the CCTV cameras that were presented to the jury.

The footage shows the Shogun accelerating, hurling Johnson against a wall and being partially decapitated, killing him instantly.

Johnson’s friend, Dwayne McPherson, then took out a gun and fired several rounds at Nankani, but only one bullet struck him in his right shoulder and he survived. He climbed out of the passenger door and ran to a roundabout where he flagged down a police car. McPherson, 28, was convicted of attempted murder and will be sentenced on September 10.

"What you did must have involved a degree of premeditation. It was a targeted revenge attack on a crowded public street when people were leaving the club to go home. You waited and you used your vehicle as a lethal weapon in the streets," Judge Stephen Kramer was quoted as saying by the Belfast Telegraph.

After the verdicts the victim's mother, Joyce Johnson, said to the Daily Mail: “I cannot find words to explain the loss of my baby. He was 25-years-old at the time of his death and had his whole life in front of him.”

She said her son had a fiancee, Charlene, and a 10-month-old daughter, Skye, at the time he was killed. “Skye refuses to talk as a result of Gary's death,” she said. “She had a very close bond with her father and whenever he walked through the door she would always go straight to him.”