5 The Other (Funny) Side of MotoGP
Car video reviews:
Up Next

It's only a few days before a new MotoGP season starts, with the first race of 2013 to be held under the desert sun of Qatar. There are many things which have happened since the end of the 2012 and during the winter tests... but only one question: how will this season be?

MotoGP's 4 Horsemen: Pedrosa vs. Marquez vs. Lorenzo vs. Rossi vs. the World

While nobody is able to offer a clear answer to this (altogether) recurring question, few considerations should be made just before the kick-off green light. It's no secret that the 2013 championship is a 4-name business, so let's check these horsemen out.

For many analysts and MotoGP fans, the Repsol Honda team looks like the favorite one for this year's title, but whether it's going to be Dani Pedrosa or Marc Marquez, nobody can tell. With Casey Stoner gone, this year could probably mean Dani's best shot at a world title, and we know that he knows it, too.

If we look back at the 2012 season, Pedrosa seems like being in the best shape he's ever been in MotoGP. He has won no less than 6 races in the second half of the last season and finished on the second place, but the tests at Sepang, Circuit of the Americas and Jerez saw a faster bike and seemingly a more focused, more confident rider.

And, speaking of confidence, Pedrosa didn't even race on the third day at Jerez, as he declared the bike was just as it should be, and he enjoyed its every aspect. And then he went home, as if there was no championship ahead.

Even more, Pedrosa is highly motivated by knowing that Rossi is still not fully acquainted with the YZR-M1 bike, and this might work to Honda's advantage in a very convenient way. Adding the fact that Pedrosa is still without a world title in the MotoGP can really boost his efforts. 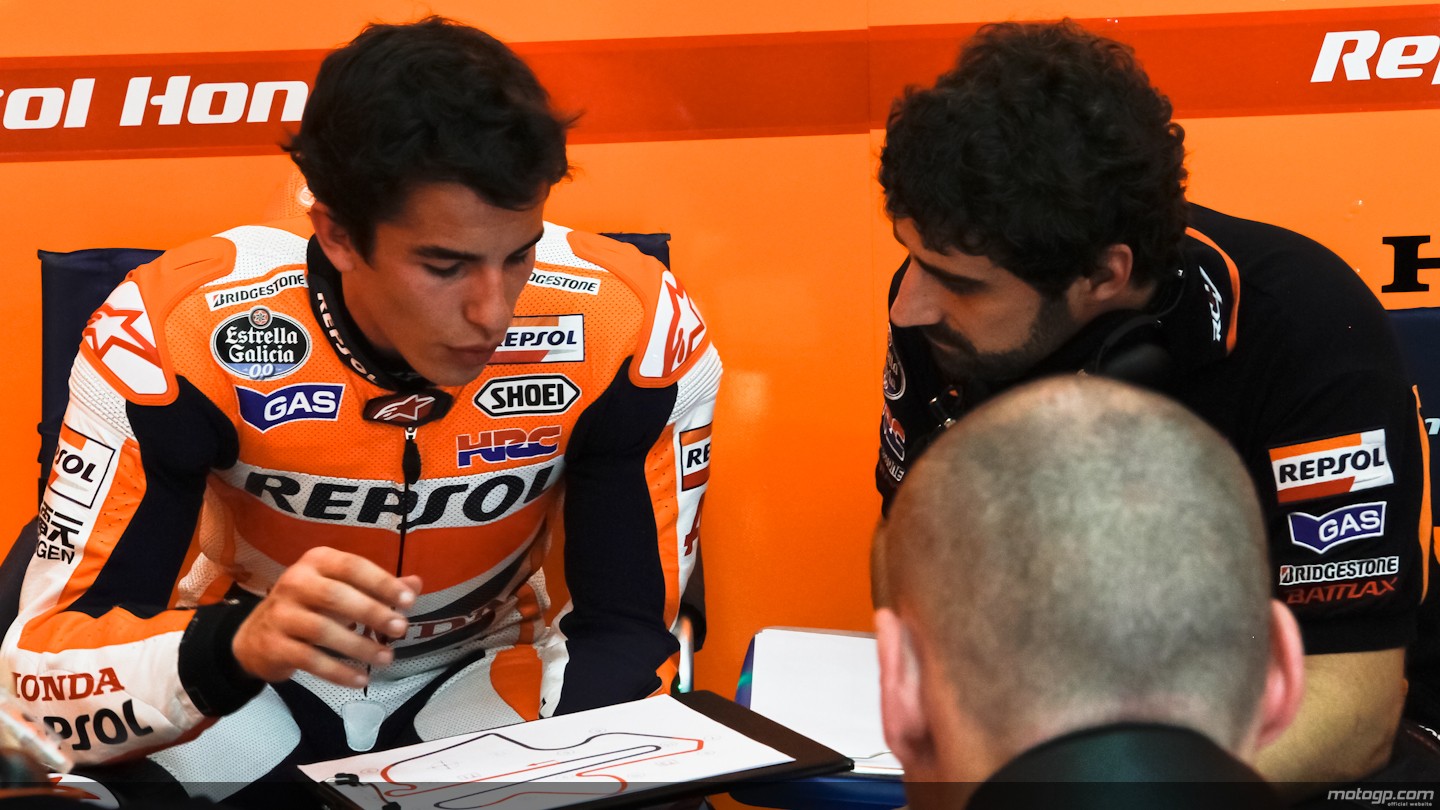 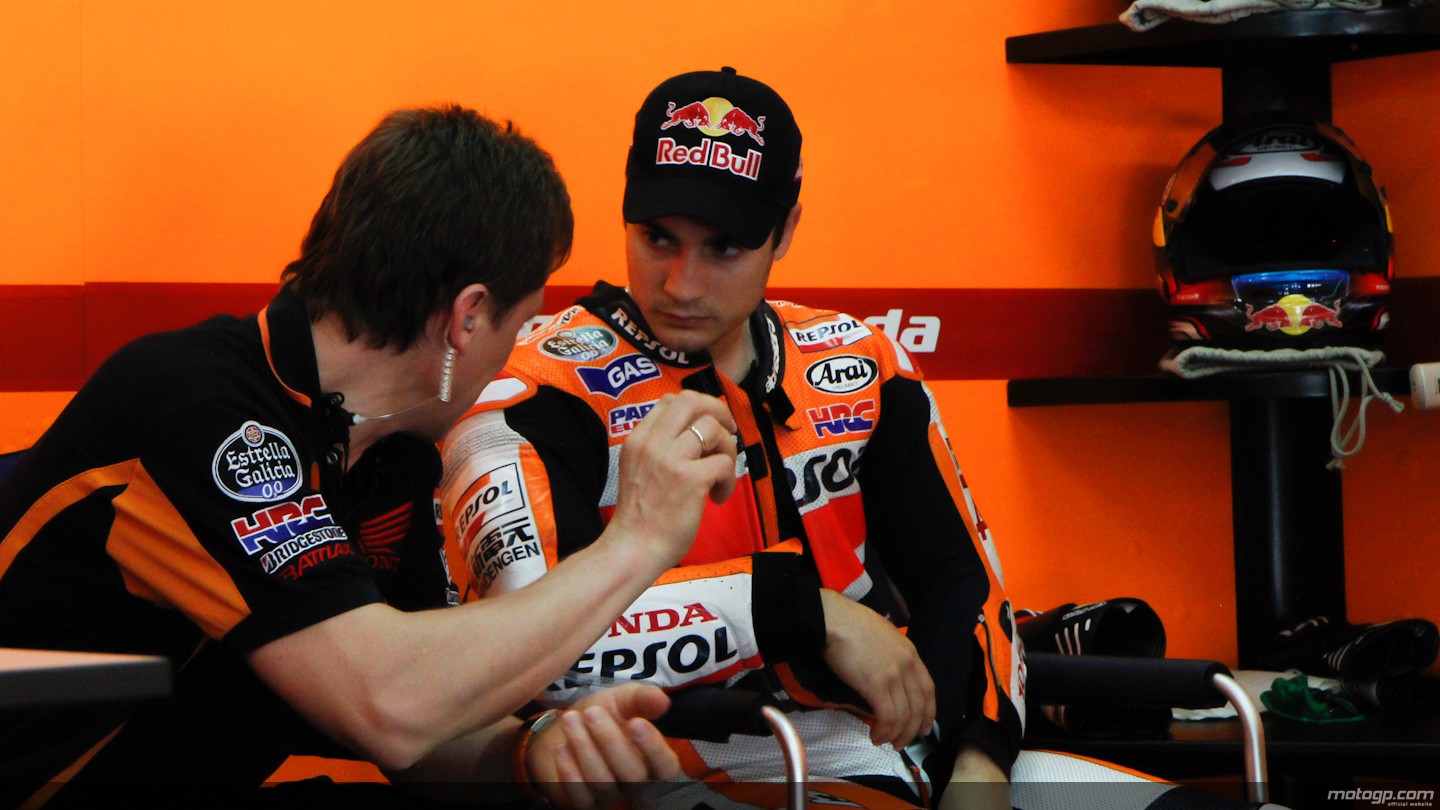 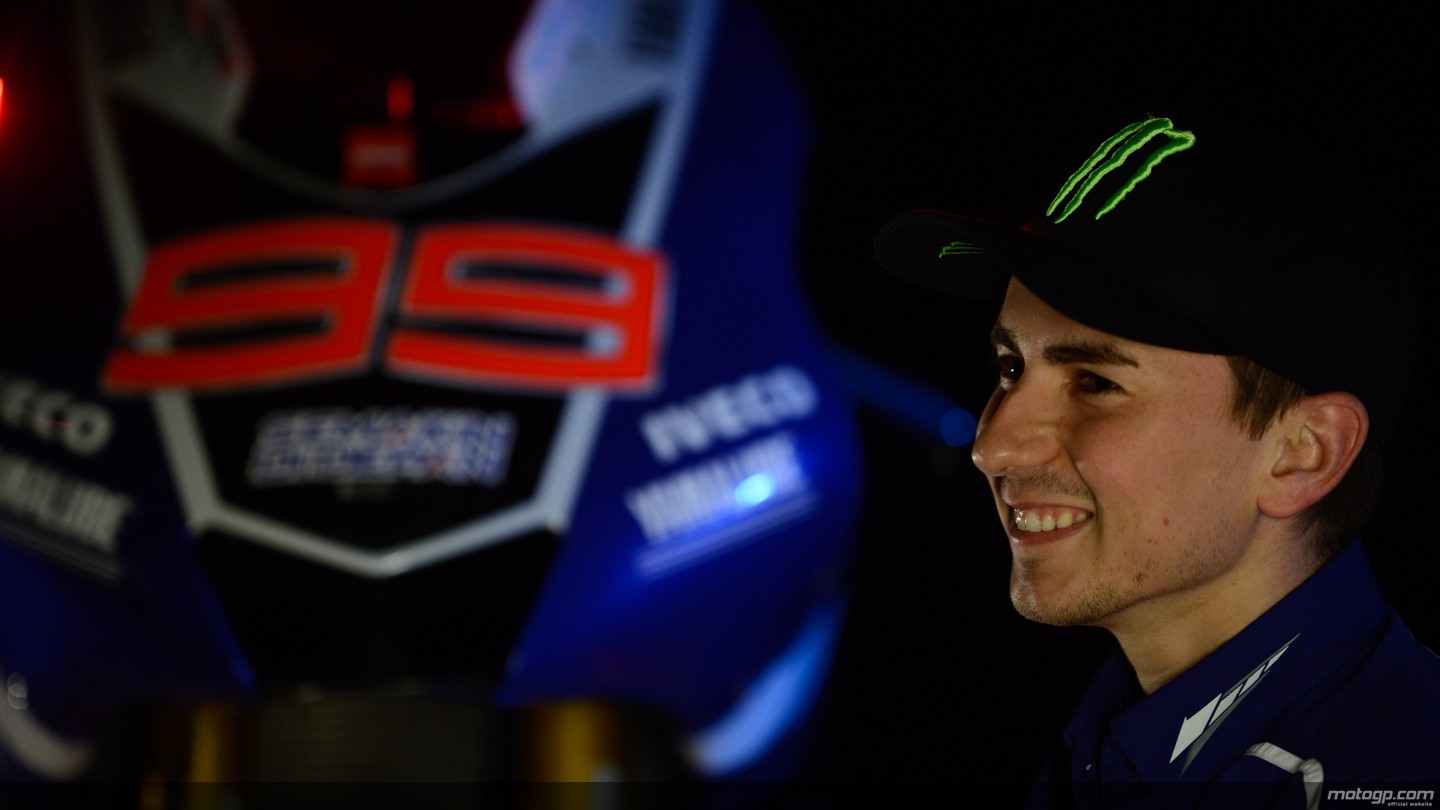 On the other hand, his team mate, Marc Marquez, is the new rookie extraordinaire: reigning champion of the Moto2 series, the young Spaniard astonished everyone with his amazing speed during his first official test aboard a MotoGP machine at Sepang.

Sticking close to Pedrosa and being consistently faster than both Yamaha riders, Marquez lapped great times at Sepang and proved that he can really ride, despite his obvious lack of experience. We like a lot to hear him say that simply being fast during a lap is, of course, very nice, but he's focusing on honing his skills and try to add consistent riding to his speed.

Yamaha attended Honda's private tests at the COTA, but Marquez has been unbeatable on American ground: he had the best laps, even better than Pedrosa's, and he was once more faster than the Team Blue machines.

Pedrosa was there not necessarily for being fast, but he raced in Austin to finely tune some settings and it seems like he got what he wanted. Yamaha stayed in Texas for the first two of the three rounds, checked some new tweaks and called it a day. And on the third day, Marquez was even faster, conveying an even stronger “I can ride fast” message to the rest of the riders and teams. However, Marc Marquez is still a rookie, and we saw that in Jerez. Setting the rainy, inclement weather aside, Marquez started to realize this was no dream, and emotions caught up on him.

Marquez' slower laps at Jerez had nothing to do with rain: it was all about an official test on Spanish asphalt and the fact that he realized how close his actual debut in the world's top racing series was. We can only hope that the mistakes he will surely make will not be major ones and will not cause serious consequences. Every rookie makes them, so it's not a matter of “if,” but one of “when” and “how bad.”

So much for the winged team, let's take a look at the three tuning forks. Yamaha has fared well during the last seasons: they've got a good bike which is getting better and better, a reigning champion and their rider duo is quite a reputable one.

Jorge Lorenzo is looking forward to his third world title. Seriously, he is. He knows he is good, and we know he can do it. In Lorenzo's case, one of the best things is his lack of inhibition: he's not intimidated by all the hype Rossi's return to Yamaha caused.

Most likely, Lorenzo is quite reassured with his exceptional last 3 seasons, out of which he won 2. He knows Rossi is huge, but he's seeing the Doctor as a team mate. Not necessarily looking up to him and, by all means, not looking down on him, either – Rossi may, of course, become Lorenzo's rival at one point in 2013, but these two are team mates.

Lorenzo really looks and acts like a rider who knows what he's doing. He's not entirely happy with the bike, not the way Pedrosa says he was at Jerez, and he's not afraid to talk about this openly. His mechanics managed to set up the chassis the right way, and have even mended the small braking inconsistencies.

Still, Lorenzo knows Hondas are faster and better, and the fact that he acknowledges this is working to his advantage. Hondas are a just a bit faster, but it's at the end of the turn where the fractions of a second are won – the wings' acceleration is better than what the tuning forks can come up with, at least for the moment.

And knowing this, Jorge Lorenzo will try to compensate: he can be extremely focused and strategic, and he has proven this, in the last three seasons... adding in the info in the first races and tweaking his team will do can better his riding, and this small increment might prove enough for the title. 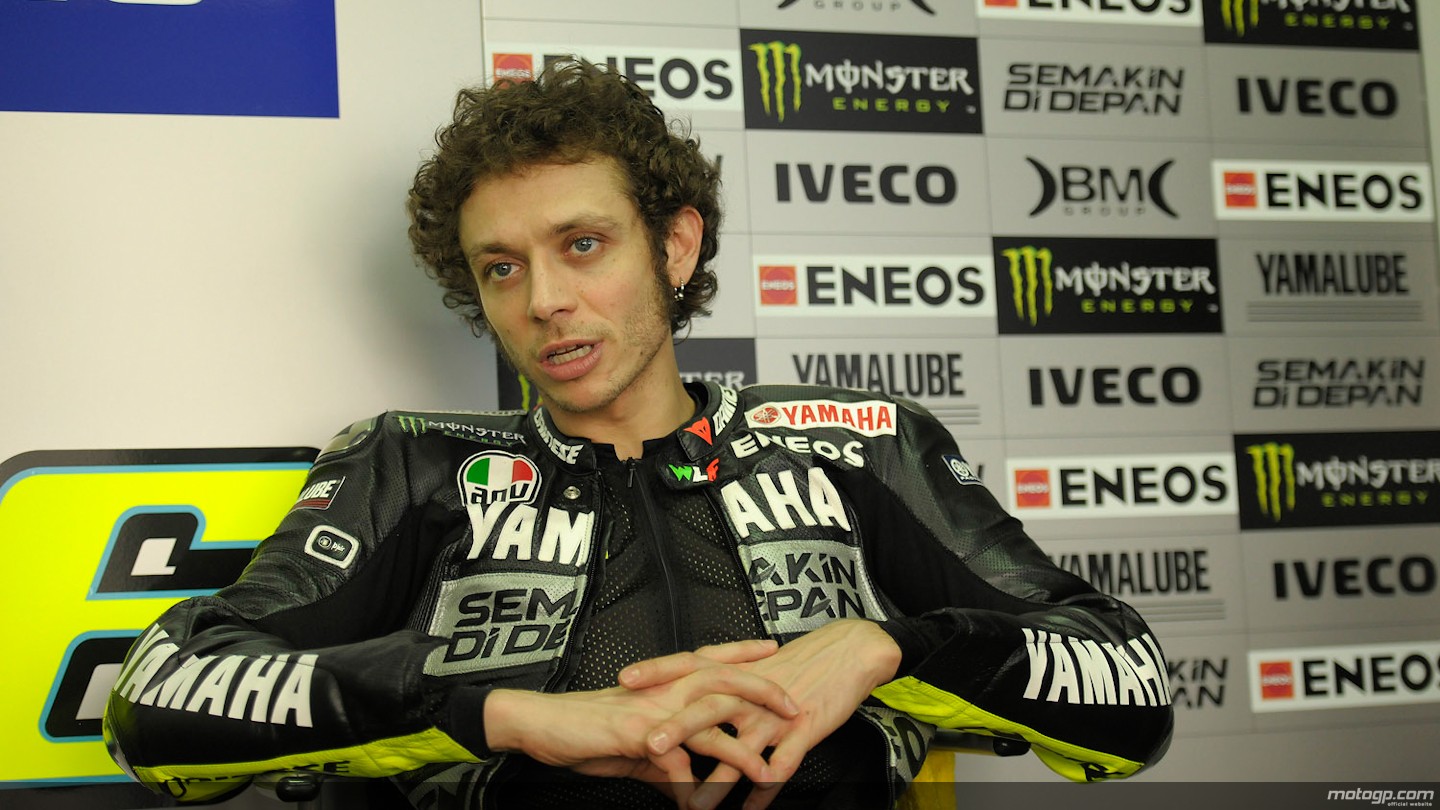 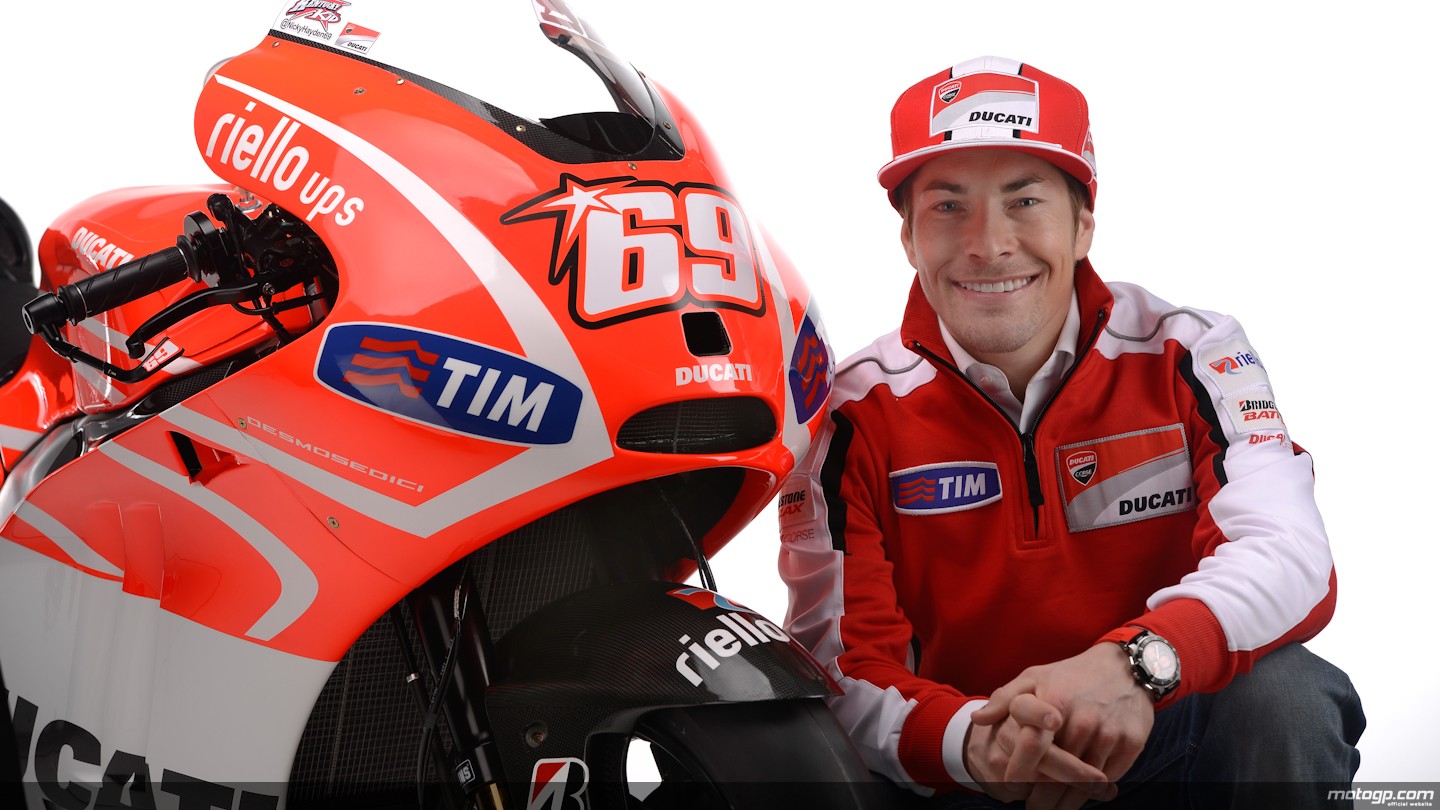 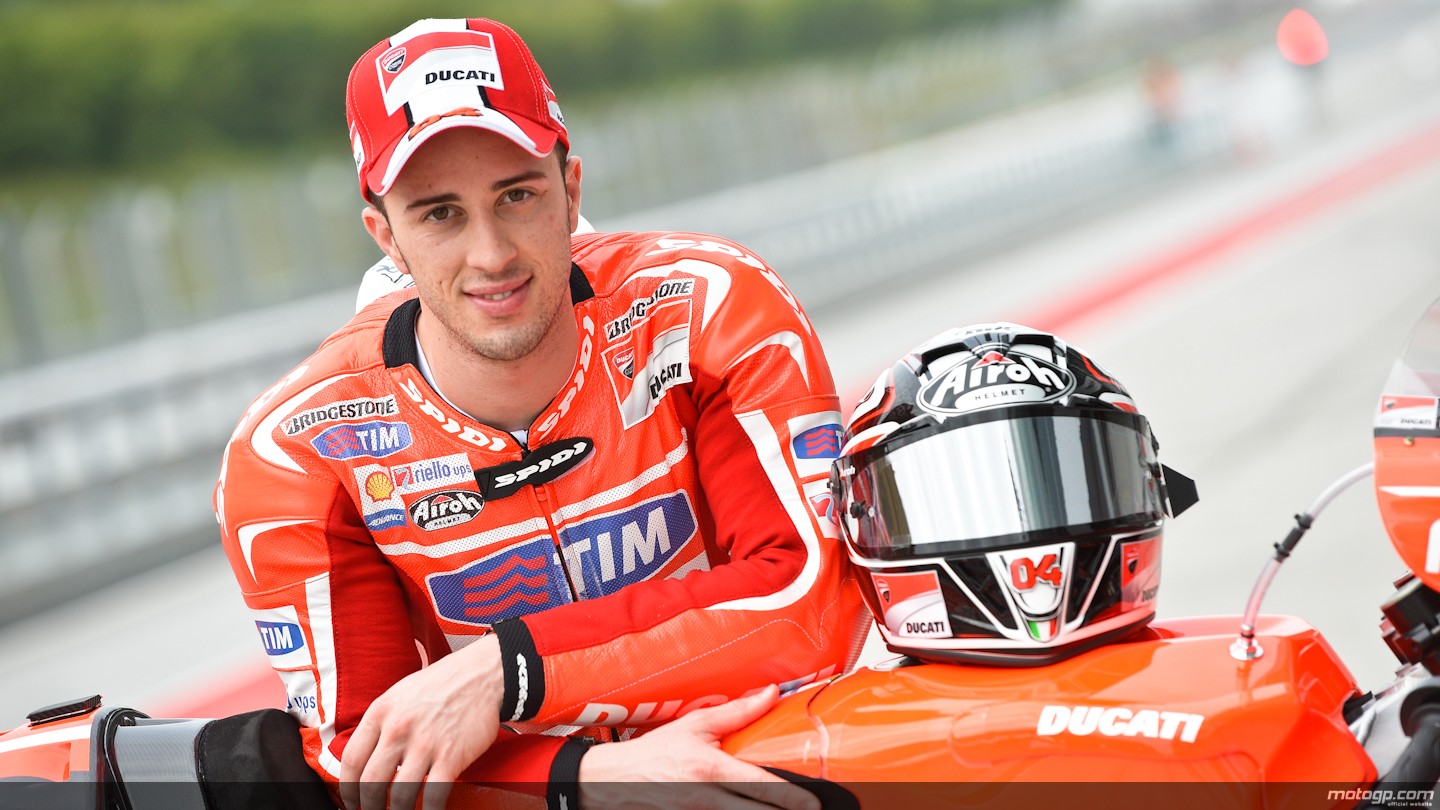 Lorenzo's team mate needs little introduction: to put it bluntly, if Valentino Rossi wins the 2013 MotoGP, he's reaching Giacomo Agostini's performance and this speaks for itself. However, Rossi comes after two long and frustrating years aboard Ducati bikes.

Long, frustrating, fruitless years with no wins, trying to understand a bike which was obviously no match for the competition. Now, back with Yamaha, Rossi rides a different beast: the M1 is no Ducati and he is no longer the one bringing a spoon to a knife fight. So talk about motivation...

Rossi managed to be faster than Lorenzo during days 2 and 3 of the Jerez tests... but only barely faster, with a 15 thousandths of a second lead. Even so, with the inclement weather in Spain, some say that these results lack the proper relevance, since nobody was able to race as hard as they wanted.

His expertise in MotoGP is a huge advantage, for him and for Yamaha as well, and this might be the dawn of a new era in the history of the Team Blue. From where we stand now, it looks like Rossi is more motivated than Lorenzo: it's the historic number of world titles, the chance to win the new championship with the old team right from the very first year aboard a Yamaha bike, proving he's still the king, and so on.

The only thing missing is that knack which has to be synced with the new bike. If he can do this syncing, we're in for a great show!

Finally, Ducati and the CRT teams. The Borgo Panigale team is in its first full season under Audi ownership, it has replaced its ex-racing director Preziosi with Gobmeier of BMW fame, and has taken a different path in bike-testing.

Both the works and the Pramac Ducati teams have the same bikes and are gathering data from 4 riders, hoping to accelerate the development process. However, it was only after they added a top-notch test rider, Michele Pirro they started to see better results.

The new chassis, in development for such a long time already, needs mass centralization, the Ducati riders said. The team did so and laps became faster; not a match for Honda and Yamaha, but way better than what we saw during the first test at Sepang.

Will they be able to even get a podium in the first half of the 2013 season? Under normal conditions, we'd rather say they won't. But Pirro is riding the lab bike some call the “GP14,” and at some point we could see a GP13.5 machine blending in the new results.

If this happens and the Ducatis start showing their teeth, then it's game on. If not, we will most likely have to wait until Valencia or the first 2014 tests and hope for the best.

As for the April 7 race in Qatar, here's a nice piece on what Carlo Pernat thinks, in a way, a much condensed version of this story. We've just checked with the MotoGP website, and at the time of writing it showed 05 days, 23 hours, 45 minutes and 15 seconds until the Commercial Bank Grand Prix of Qatar.