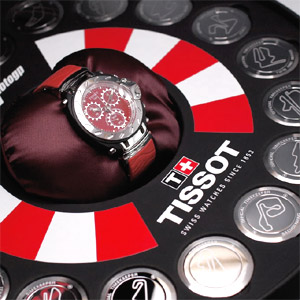 Earlier this month, the Federation Internationale de Motocyclisme (FIM) officially confirmed that it signed a multi-year deal with Swiss watch manufacturer TAG Heuer to become the Official Chronograph and Timing Partner of the international body. And while some believed this will affect the current partnership between the MotoGP and Swiss watch maker Tissot, that aspect has recently been cleared by Carmelo Ezpeleta, CEO of Dorna Sports (MotoGP promoter).

In a recent statement issued for the media, the Spanish official confirmed that while all the other racing series will have TAG Heuer as their official timing partner, the flagship MotoGP series will continue its fruitful relationship with rival Swiss brand Tissot.

“At Dorna Sports, we are extremely proud of MotoGP's long and productive relationship with Tissot,” said the Dorna Sports boss regarding the partnership between the MotoGP series and Tissot, which began over ten years back.

“Their long-standing involvement with the world's premier motorcycling championship showcases their dedication to precision and innovation, whilst also allowing the sport, the athletes and the fans to benefit from their years of top level sports timekeeping expertise.”

As part of their long-time partnership, Tissot holds the exclusive rights for MotoGP Watches worldwide and often comes up with yearly collections to greet the fans. That will continue in the future, although Expeleta did not reveal whether Dorna signed a new deal with the Swiss company or the collaboration between the two parties is going on a year-to-year bases.