Home > News > Videogames
21 Apr 2022, 23:13 UTC ·
by Cosmin Vasile
MotoGP 22 is the next chapter of the two-wheel racing series, one that promises some important new features for both newcomers and veterans of the genre. Launched today, the new racing simulation game is also adding a rather unique game modem, the NINE Season 2009, which allows players to re-live one of the most exciting seasons in MotoGP history.
9 photos

The NINE Season 2009 includes a docu-film narrated by Mark Neale, director of some of the best MotoGP documentaries, and more than 50 minutes of original footage from the 2009 Season mixed with real gameplay for an immersive motor simulation experience.

Players will be able to step into the shoes of legendary riders such as Rossi, Pedrosa, Stoner, and Lorenzo, facing various challenges to replicate historical moments. More importantly, NINE Season 2009 replicates all the 17 grand prix of the season, divided into chapters with over 39 challenges in total.

One of the new features added in MotoGP 22 is the enhanced Tutorial, which includes a series of dedicated gameplay sessions meant to help newcomers to the series better understand the basics of the game via specific challenges focused on electronics, tire consumption, brake temperature, and core differences between the three main categories.

Also, MotoGP 22 has a brand-new gameplay Academy feature that teaches players how to improve their riding style by better explaining how to take all the curves and the most difficult trajectories. In addition, the Riding Analysis System will help riders through in-game pop-up messages that appear at the end of the race, suggesting how to adjust the difficulty level based on skills and performances.

MotoGP veterans will be pleased to know that the Managerial Career is making a comeback. The game mode allows players to choose between creating a new team or joining a real one, as well as gives them the option to go in-depth in strategy details by using development points and allocating R&D staff.

The new MotoGP 22 promises a level of realism never seen before, thanks to the new face animations, improved 3D, characters and pits. Additionally, players will be able to manually manage the locking mechanics of the RHD and control the compression of the bike’s suspensions.

Last but not least, for the first time ever in the series, MotoGP 22 features 2-player local split-screen, online multiplayer, and cross-play through consoles of the same family. Speaking of which, MotoGP 22 is now available on PlayStation 4, PlayStation 5, Xbox One, Xbox Series X/S, Nintendo Switch, and PC via Steam. Keep in mind that split-screen and online multiplayer are not supported on Nintendo Switch, but free upgrade and Smart Deliver are supported for PlayStation 4 and Xbox One versions of the game. 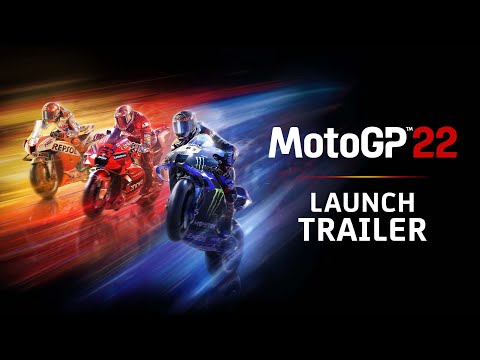