4 Aspar to Demand Answers from Aprilia for Moto2 Quit

Senna's Seat at Campos Is Safe under New Management

Moto2 Class to Have Honda Engines 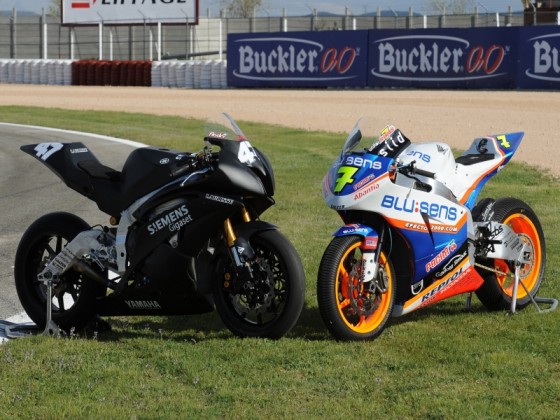 Two seasons before the MotoGP will benefit from 1000cc power plants, the Moto 2 class will make its debut this year. Moto2, a new category that has been created to replace the 2-stroke 250cc class, will cover engines with intermediate displacement and was formed as a step-up to the MotoGP class.

The interesting part is that all machines will be equipped with Honda-made 4-stroke 600cc engines but with different rolling chassis. Tires will also be supplied by a single manufacturer, Dunlop, while manufacturer prototypes will be permitted for the chassis.

This engine is derived from the in-line 4-cylinder engine of Honda's commercially sold, supersports model CBR600RR and was developed exclusively for the Moto2 class. Honda will supply these engines to all teams for each round of the series, and HRC has signed a maintenance agreement with Geo Technology of Switzerland to support the engine supply for all rounds.

The engines will undergo strict inspection and maintenance before arriving at each team, so that every engine can put out the same performance. According to series officials, having the engines supplied by a single manufacturer will make the competition more intense.

This is the first time for the one-make engine rule to be adopted in the 60-year history of WGP, which means that by supplying engines to the Moto2 class and supporting WGP, Honda already has a strong head start in consumers’ preferences over other manufacturers.