1 The Dawn of a New Helmet Paradigm

3 7 Reasons Why We Crash in the Spring

5 On Wobbling Motorcycles
Up Next

Florin Tibu
Somewhat inspired by a fresh rider who told me how some of my guides helped him the first time he rode on the street all by himself, I thought summing up some of the most common mistakes fellows who are new to the motorcycling world make could be at least as helpful.
1 photo
So without much ado, I’ll do a roundup of the biggest don’ts of riding a motorcycle, without too much pretense of lining them up in the most reasonable order.

1. No training, no license. As nice and cool riding a bike looks, it’s really not worth becoming a juvenile delinquent or even doing some time in the slammer for being caught riding without a permit. Even though some fellows are really anxious to throw a leg over a bike before taking riding, traffic or safety courses, trust me, it’s not worth it.

Add the serious injuries which may come out of this to the legal consequences, and your career as a motorcycle rider ends before it even started. I know the temptation is huge because you know, I was a rookie myself back in the day and felt exactly what you feel right now. However, I was more scared of going to jail and breaking my face than I was willing to ride a bike on the open road. 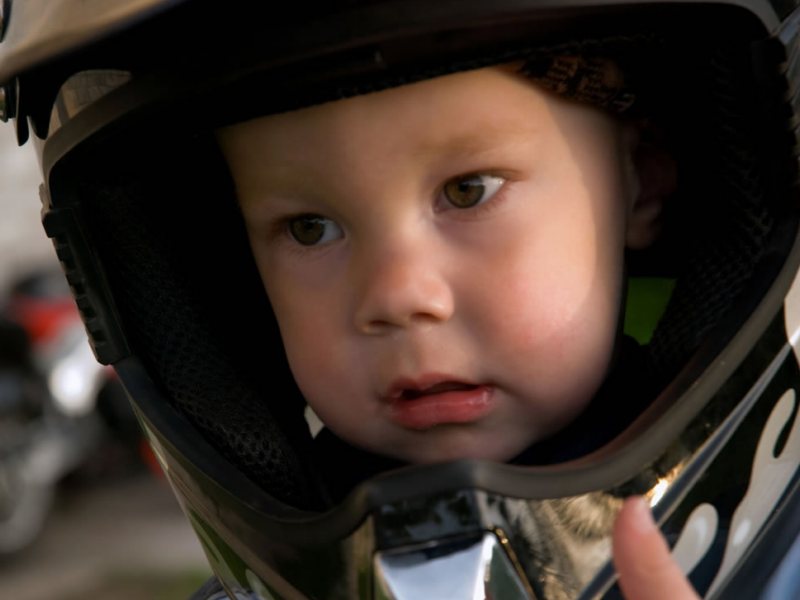 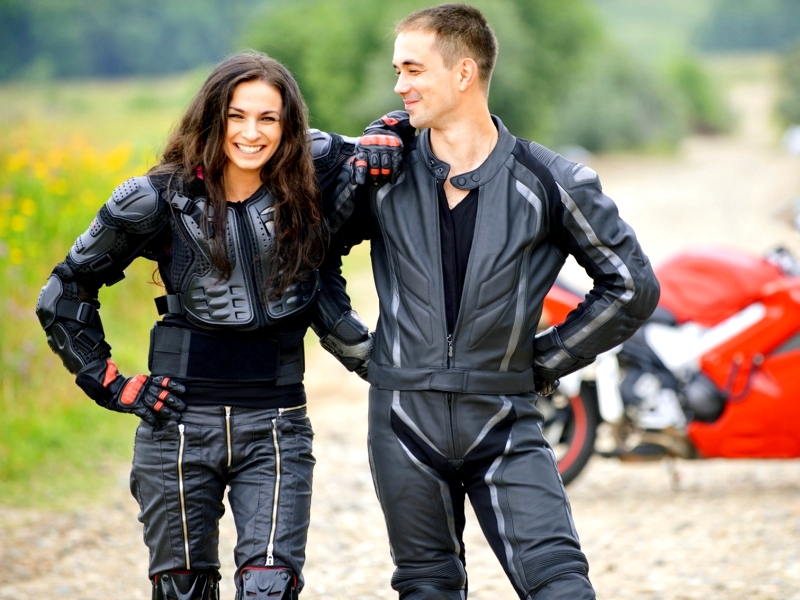 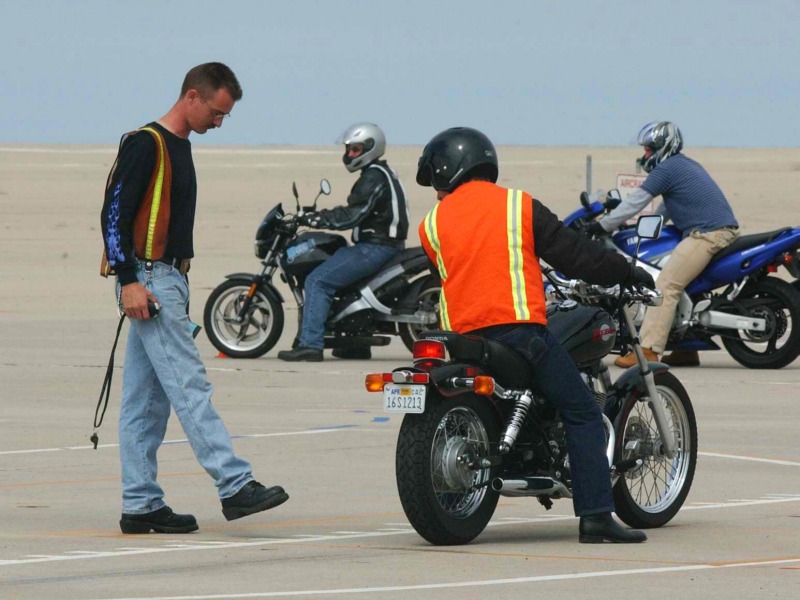 2. Too much power. Now, this is a really trick one, as in a lot of countries, changing like 3 bikes in the first 3 or 4 years as a rider is almost impossible for a teenager, unless he or she has very rich parents. Laws in many markets forbid new riders to ride bikes exceeding a certain power and power-to-weight ratio, and the fact that some of the countries don’t enforce it doesn’t necessarily mean that the law is futile.

Rookies riding a 130 horsepower sport bike and not crashing are the exception to the rule, if you wish. This doesn’t necessarily mean that all new riders with powerful bikes will die or be maimed in horrific accidents, but the chances that this should happen are very high. And it’s because of this very reason that law-compliant beginner bikes must be derived from bikes whose max power is less than twice that of the A2-license limit.

A rather rare thing some years ago, restrictor kits are now offered for free by certain manufacturers, and their removal at the lawful time is also free. That is because the past 5 years of economic crisis have forced the OEMs to rethink the way they sell their bikes. So instead of being depressed because you know you’ll have to settle for an old bike after the restrictions are lifted, you can now buy, say, a restricted Kawasaki ER6n and enjoy its full power after you get a full license.

Too much motorcycle for too little skills and traffic knowledge is bad for your health. In fact, most experts seem to agree that it’s much better to learn progressively and in full confidence on the right bike, than fighting to stay alive on a bike that’s way too much or too big for you.

3. Assuming all eyes are on you. Yes, you’re on your bike, you’ve got new gear and you believe you’re the center of the universe. Get a grip, you’re not, and in fact you’re the next casualty your local newspaper will write about if you don’t start thinking differently really soon… as in yesterday! 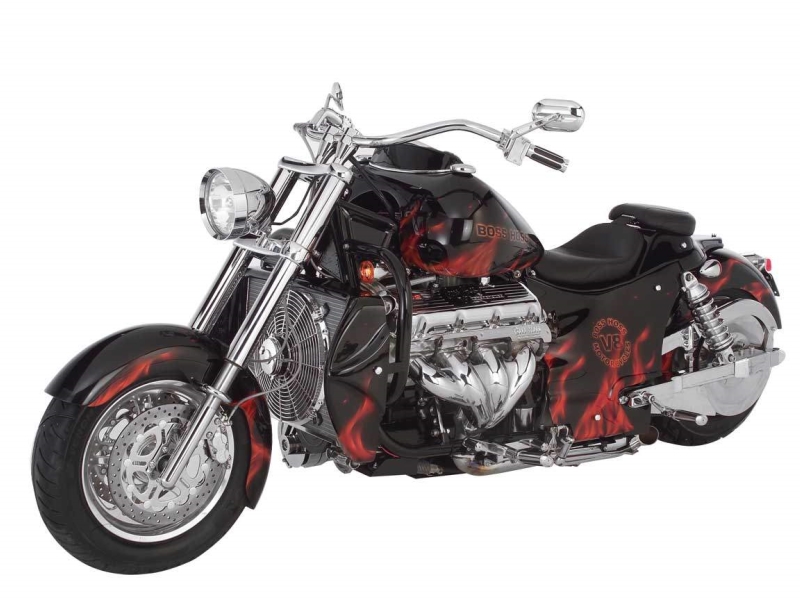 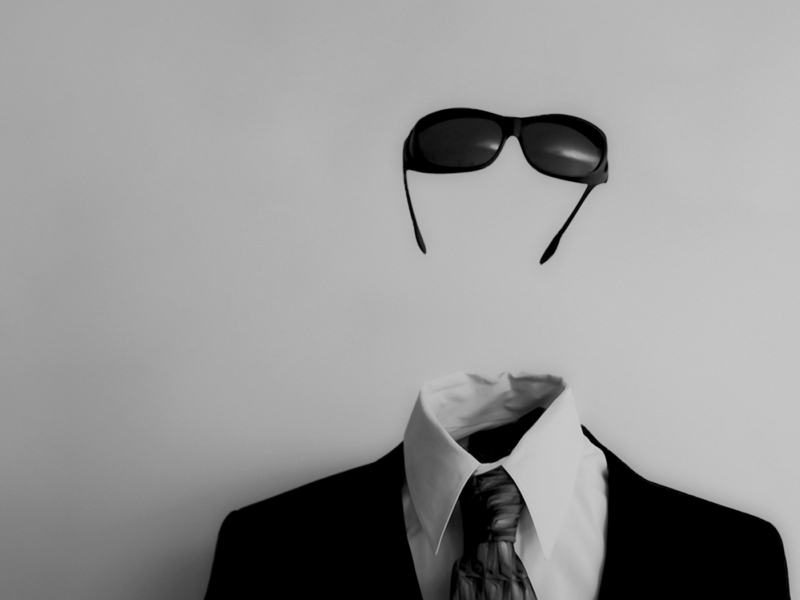 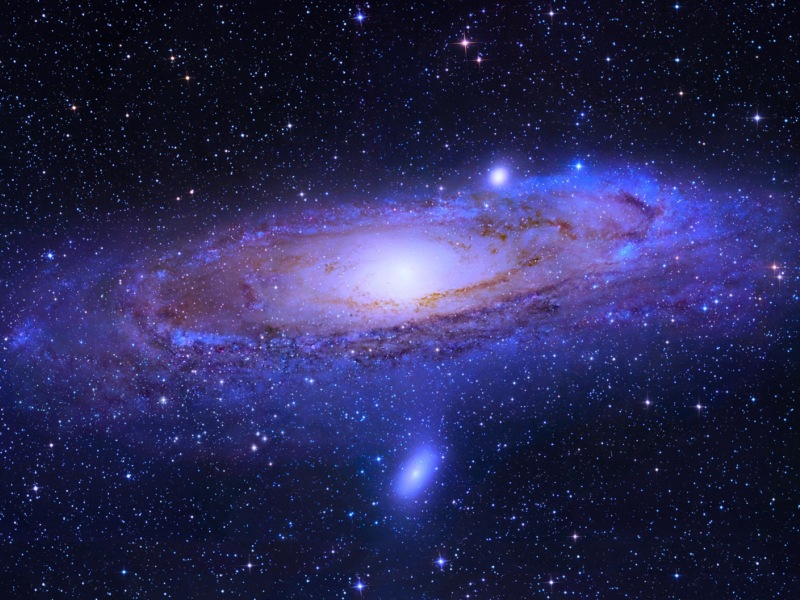 Assuming that you’re invisible to other road users is probably one of the best ways to stay alive. Even though you are aware of the other motorists around you and have acknowledged their presence in your surroundings, the same cannot be said about them.

Just because you have the right of way and you THINK that the guy in the car approaching from the opposite direction observed you, you can safely presume he in fact didn’t and be ready to take appropriate measures to avoid getting into deeper trouble.

Cutting off, clipping you while changing lanes, ignoring your right of way, rear-ending you as they text and pretty much all the crash types I could come up with, they can and will happen to you one day. Being able to find a way out and walk away from them is up to you. It’s way better to be a little paranoid than be a whole lot more sorry or dead.

4. Trying to do too much, too soon. Peer pressure can be extremely toxic for new beginners. This pressure often makes rookies to push things way beyond the limits they believe they have, let alone the real, reasonable ones. And it’s in those very moments when tragedies happen, because the roads and the bikes are not exactly the most forgiving things around you.

Whether it’s riding really fast, trying to put a knee down, squeeze through moving cars while doing 80 mph (130 km/h), wheeling, doing stoppies, rolling burnouts, jumping rivers or going uphill against extreme slopes, going for a hard endure ride, it really doesn’t matter, because you’re not ready for this.

Of course, in case you were 7 when dad brought the first CRF50 home and taught you how to ride, we’re talking about a completely different thing, and by the time you get your learner’s permit, you’re no longer a rookie, at least not the kind of rookie I’m doing this piece for.

Staying upright on a motorcycle is not a natural instinct. Even the basic riding maneuvers are a thing that must be learned and then constantly practiced until it starts to seem like an instinct. But from the rookie to ace level, the road is long and perilous. Take one step at a time, and when you learn a thing, make sure you learn it well.

5. Riding with a passenger or in a large group before knowing how to ride well. This is another big mistake rookies make, and things go double-wrong when luck runs out. No matter how much your friends, neighbors, girlfriend or anyone would beg you to take them as a passenger on the bike, don’t.

At least not until you’re honed in your skills well enough to be able to negotiate the extra weight you’ll have onboard. Likewise, make sure you know how to instruct your passenger if it’s his or her first ride. People aboard a motorcycle for the first time may get scared extremely easy and their reactions may become very violent. From leaning to grasping you, and before you ride with a passenger, you should be able to counteract such actions.

For a more comprehensive approach on the matter, please check out the How to Ride a Motorcycle with a Passenger autoevolution guide.

The same goes for riding in a large group. If you’re not all-comfortable with your riding, you’re not only putting yourself in danger, but are also an accident waiting to happen for your fellows. That is, because when you go down, others will, too, most likely. Or as you make a mistake and panic, your riding could cause other to crash. And this isn’t good for you.

6. Not learning how traffic works. People who ride cars for some time before getting a motorcycle license have superior understanding of traffic, this goes without saying. If your first license category is A, then you must learn how to understand traffic, and this has less to do with road regulations, but is instead most important for becoming a keen observer of potential hazards. 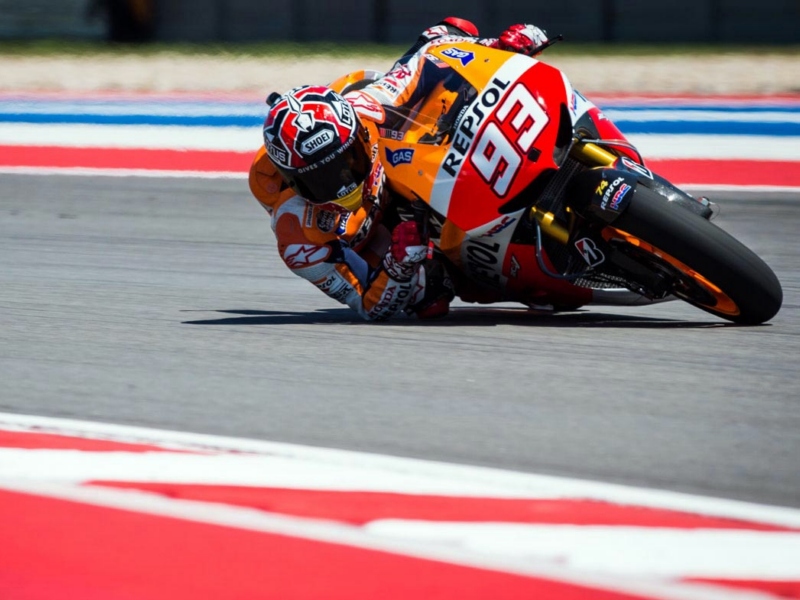 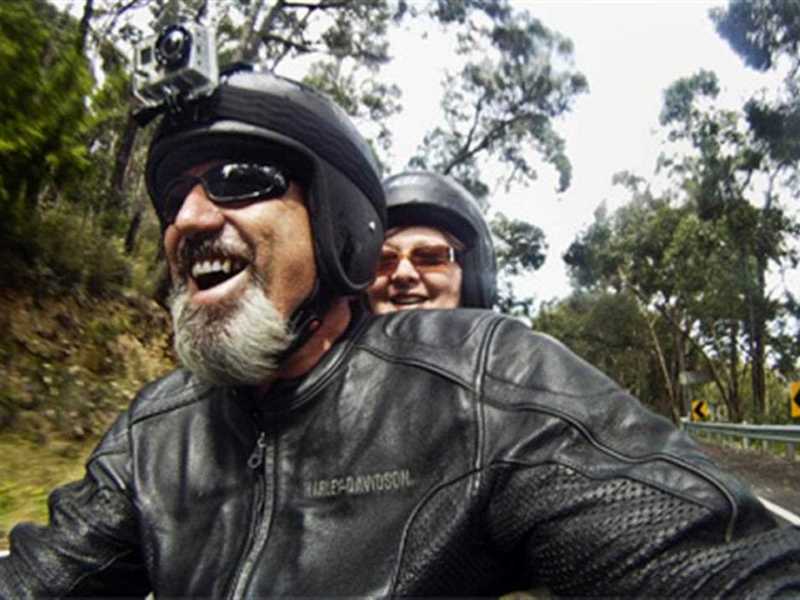 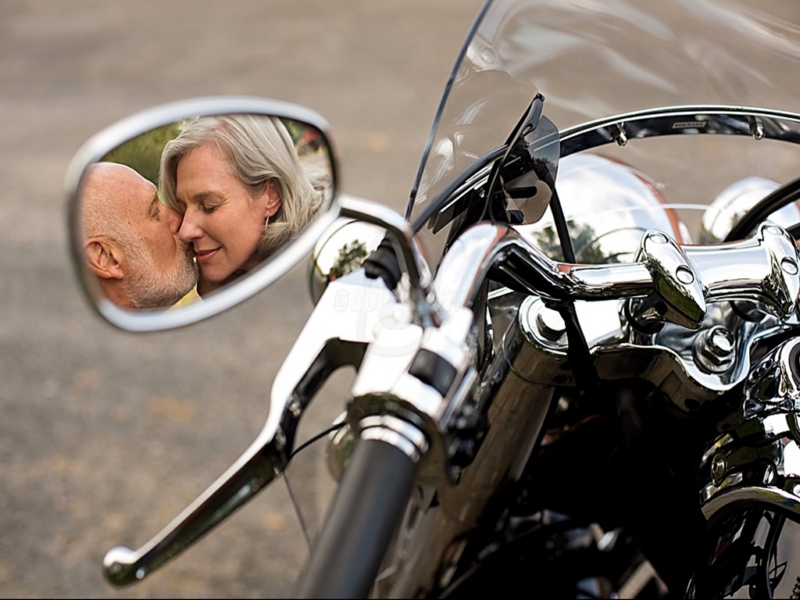 Even doctors say it’s much easier to prevent than to cure, and this applies to riding on public roads, too. It’s much better and lucrative to stay on the safe side than being forced to find escape routes. In time, you’ll meet enough such scenarios that you’ll be able to determine the danger factor of a situation even before nasty things start happening.

The roads hide quite a lot of traps and their appearance varies: congestions, reckless drivers, road surfaces, elements, other people crashing… and the list can go on forever. Learn to identify as many of them as possible and you’ve just increased your chances for staying alive.

7. Not keeping a finger on the brake and clutch levers. Some riders say this is only BS, but this saved my hide on more than a couple of times, so I’m ever so glad my mentor told me this little “secret.” I’ve seen both rookies and seasoned riders not keeping the magic finger on the levers and I could not help telling them how important this thing is.

All the magic lies with the response time and like all magic, it’s all physics. Basically, after the brain detects a hazard, assesses the situation and sends out the command to slow down, it’s all matter of time.

Studies show that the shortest reaction time between danger is perceived and the moment when braking begins ranges between 0.2 and 0.4 seconds. If you’re travelling at 120 km/h (74.5 mph), by the time you start to actually brake, you’ve already traveled between 6.6 and 13.3 meters (20-40ft). I’m sure you don’t need me to explain what happens if you “stop” 6.6 meters “beyond” a stopped car…

Keeping a finger on the brake lever reduces the overall reaction time, as the hand gesture is already “armed”, and gives you an extra chance to stop in time, slow down to a speed at which you can safely swerve around the danger or at least minimize the impact. This is not a physics class, but you can search the web for deceleration formulas and see how big the difference is between crashing at 60 km/h (40 mph, a very common crash test speed) and a quarter of this speed.

8. Forgetting that learning is never over. Very nasty crashes occur when riders believe they’ve seen it all and nothing can surprise them any longer. They start feeling too comfortable and make mistakes, and some of them are really costly.

A good rider is a living rider, and knowing that there’s always a potential hazard around the very corner of the street you rode in for the past 20 years is what keeps the rider alive.


Welcome to the wonderful world of motorcycling, young padawans, but never forget that the dark side of the force is strong, too. Ride carefully!