3 Motorcycle Helmets, a Matter of Choice

5 Increased Riders Death Blamed on Repealed Helmet Law
Up Next

All-Electric Volvo C30 - Green Car of the Year in China

Florin Tibu
Ahoy there, fellow riders and fellow readers, and welcome to the forth (and yet not the last) episode of our myth-related coverstory. After dealing with the dangers of riding and noise, laying or not a bike down and why motorcyclists prefer leather clothes, it's time to move further on, in the realm of the helmet question. Helmets break necks
There are a lot of people who believe that helmets are either not worth wearing or even worse – all they do is increase the potential damage one sustains during a crash. While most countries and states have laws that require both pilots and pillion passengers to wear protective gear on their heads, some of you might find it surprising to find out that there are places on this earth where riding a motorcycle can be performed with no helmet.

Even in places when wearing a helmet is mandatory, there are fairly large groups of people who advocate banning these road regulations, invoking various reasons. Since we've already covered the constitutionality of the helmet law in a past editorial, we'll leave this subject aside, at least for now. However, it's worth mentioning that a law which makes wearing protective gear for the head is as constitutional as driving on the right side of the road (left side in the Commonwealth and some other territories), the give way sign, or roundabout rules.

One of the first reasons invoked by the anti-helmet groups is that helmets break necks in case of an accident. These riders say that the increased weight of the head will cause it to move sideways (or in any other direction, for what it’s worth) with more force, given the mass times acceleration equation.

In reality, most of the studies and statistics display a significantly lower rate of neck injuries sustained by helmeted motorcyclists when compared with the crashes of those who weren't wearing a helmet. DOT-approved helmets come with fantastic abilities to absorb the impact forces in case of a crash, including the additional impulse of a heavier head.

Even more, it seems like the number of motorcycle fatalities caused by a broken neck is itself dramatically lower than the number of deaths caused by cracked skulls and severe brain trauma. While a rider can indeed die because of a broken neck, it is less likely that this type of injury should be directly linked to wearing a helmet.


Helmets don't really protect you in case of a crash

Weird as such a claim might be, you'll find people backing it up. They'll bring in numerous cases in which a rider died with his or her head severely damaged, despite the fact that he/ she wore a helmet. And to take things a step further, some of these guys claim that impact tests performed on DOT helmets are made a relatively low speeds, and the protection factor is almost null at speeds exceeding the ones in the test.

Now, we know that there are a lot of fellow riders reading this and it's to be believed that most of you have already spilled once or twice. Go back a little to when you went down in the nastiest way... and imagine you had no helmet. How many of you would still be reading this? Certainly not all of you...

Now, for the speed argument. First of all, most of the crashes happen at relatively low speeds. Taking a look at the statistics may indicate that while most fatal crashes occur at high speed, the majority of accidents involving motorcycles take place at moderate speed. The helmets' impact tests are conducted at common speeds because of two major reasons: 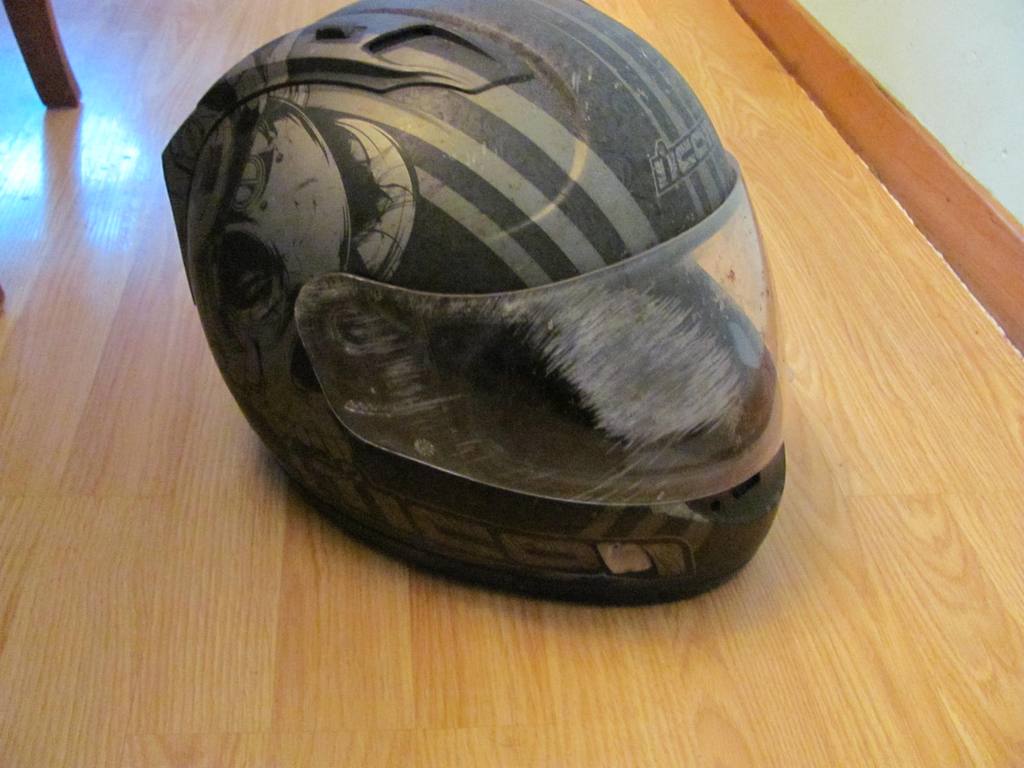 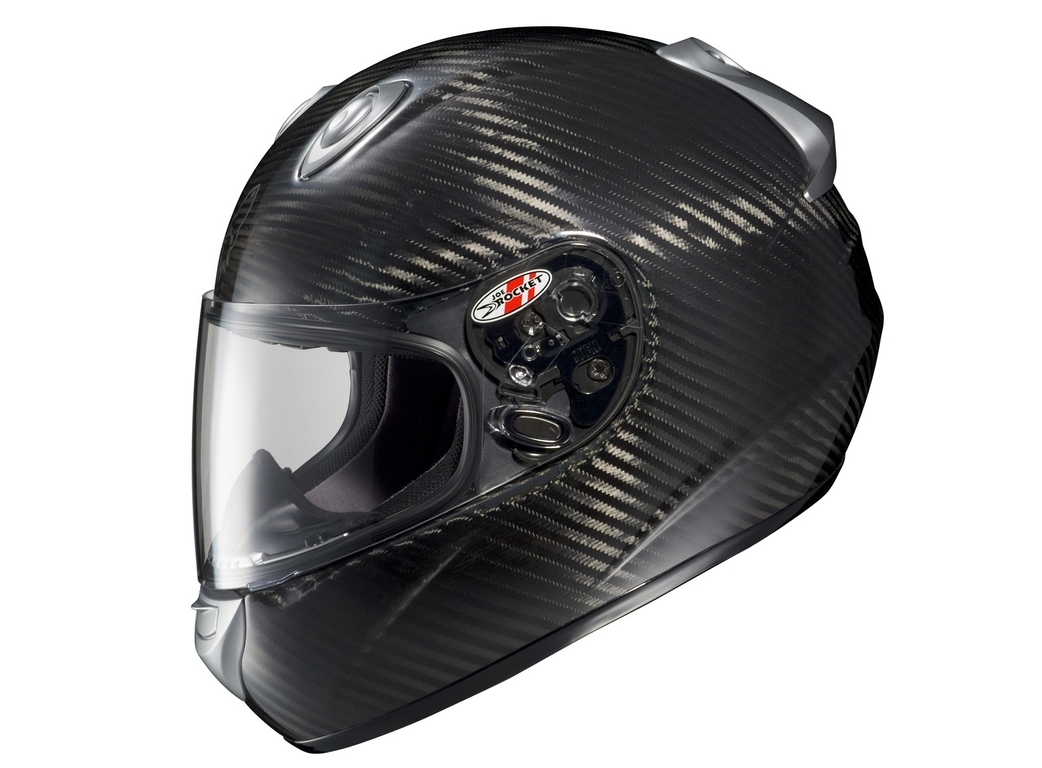 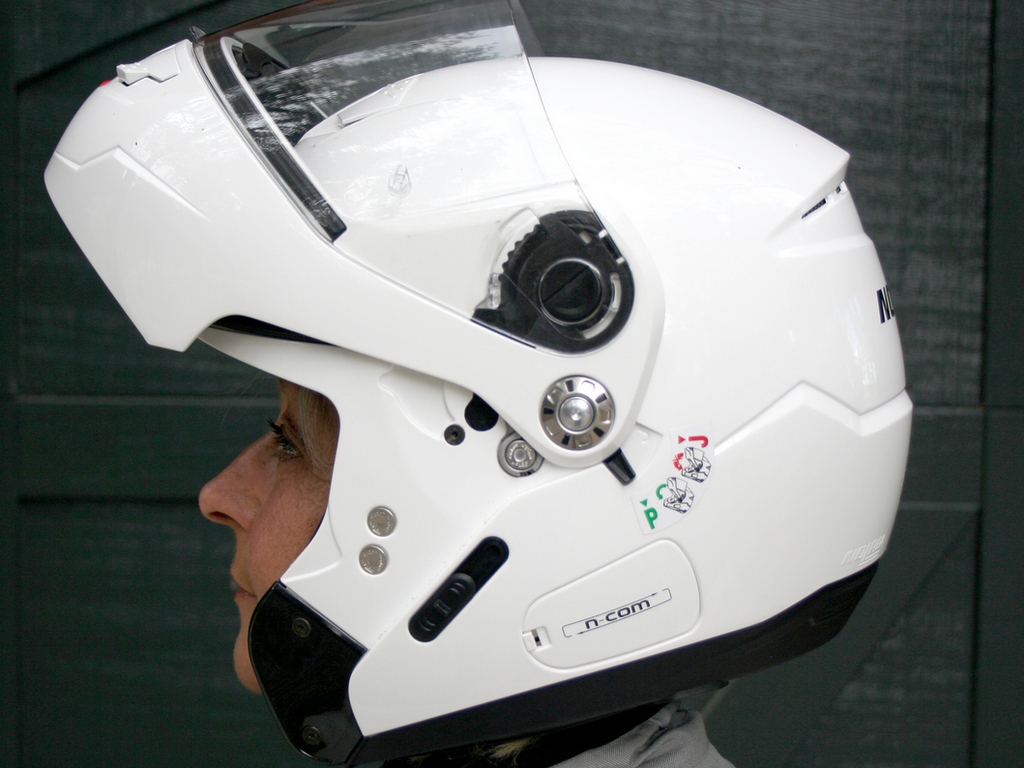 The most logical one is that testing a helmet to see how it behaves in real life requires to simulate real-life conditions; and guess what, on the everyday roads you'll all see that 90% of the riders (or even more) are traveling at fairly low speed, with some notable exceptions, of course. Since riding the “average bike” doesn't happen at 160 mph (~257 kph), testing the helmets for such speed is truly a nonsense.

Nevertheless, this doesn't mean that having a helmet tested for 50 mph (~80 kph) means it offers zero protection at higher speed. In fact, there are countless records of accidents happening at highway speed and helmets providing crucial protection for the unfortunate riders; well... not quite walking away from the crash, but surviving (some of them in great, unbelievable shape). To claim that a helmet offers no protection when worn at a speed exceeding that used during testing is rather a display of prejudiced ill-will and not of logic.

Secondly, another subject pops into the discussion: a lot of riders suffer fatal head injuries, no matter how good the helmet they wore was, so why wear one in the end. Well, medically speaking things are a bit more complicated.

In order to sustain a head injury with fatal consequences, the impact must be quite violent, at least in most cases. Adding in the protection offered by a helmet, we can only imagine that most riders who die in such a scenario are usually hurt pretty bad in other parts of the body; in simpler words, they suffer multiple severe injuries and the fact that the head is hurt very bad is just a circumstance.

Even if the helmet would have offered 100% protection for the head, these riders would have died because of a broken spine, ruptured internal organs or massive internal bleeding, respiratory arrest due to crushed ribs puncturing the lungs or even a heart failure caused by a bone fragment severing an artery or directly piercing the heart.

It's easy to figure things out in such a dramatic scenario: the brutal head injury cannot simply be made responsible for the death of the rider, especially with all the other traumas occurring in a very violent, high-speed impact.

Fact is that I happen to know of a very recent fatal bike accident that took place at less than 40 mph (roughly 60 kph); the rider wore no helmet, as he was driving towards a friend's house some 700 m away (less than half a mile). A car cut him off, the motorcyclist fell, hit his head against the car and then ground and died on the spot. Police and forensics agreed that he might have gotten away with minor injuries should he have worn the helmet, as requested by local law.

In the end, comparing the survival rate among riders involved in a crash will clearly tip the balance towards those who wore a DOT-approved helmet, and this simple fact should say it fair and square: you get way better chances to make it alive wearing head protection.

Another reason brought up by those who oppose to wearing head protective gear is the fact that helmets would leave riders alive but in a coma or with severe paralysis. Indeed, there are cases in which the rider does not die, but due to the very serious damage sustained by his or her brain, everything ends in a coma or with complete paralysis. Such unfortunate happenings are to be met in almost every country or state, but they aren't the rule of thumb, not by a long shot.

Helmets are engineered to cushion a rider's head against the shock of hitting an obstacle during a crash: road, impacted vehicle, the bike itself or roadside objects, you name it. Their outer hardshell will provide shielding against edges or protuberances, while preventing the rider's head to grind against the road directly, while the inner styrofoam protective layer will vibrate and absorb as much energy as possible. 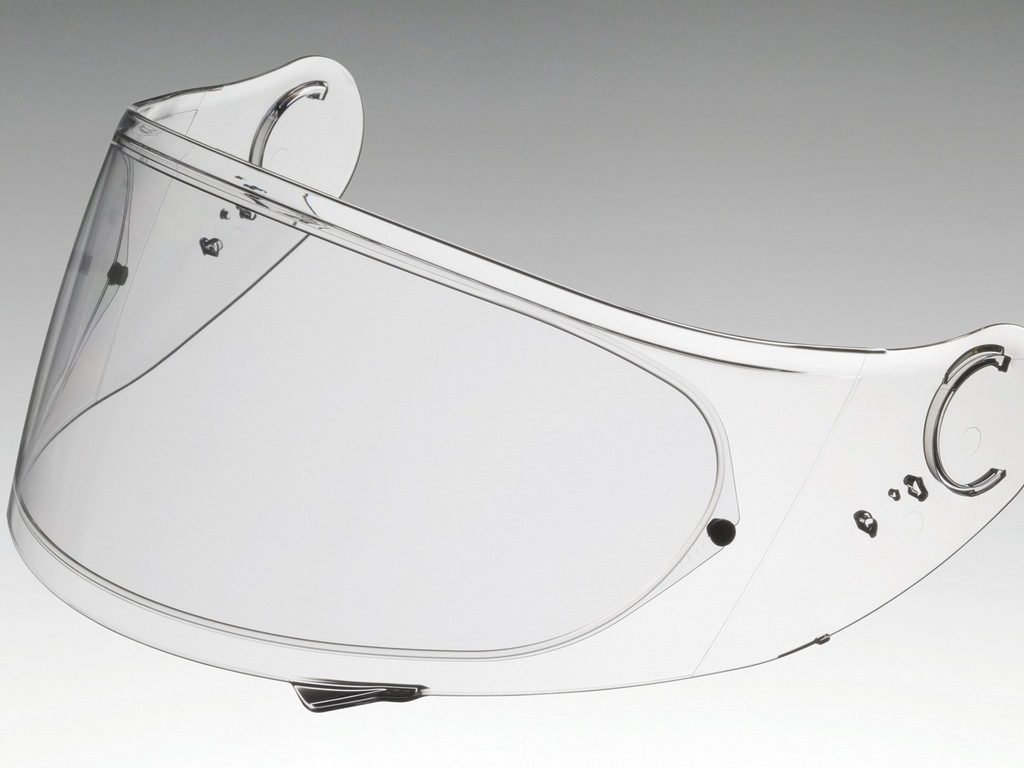 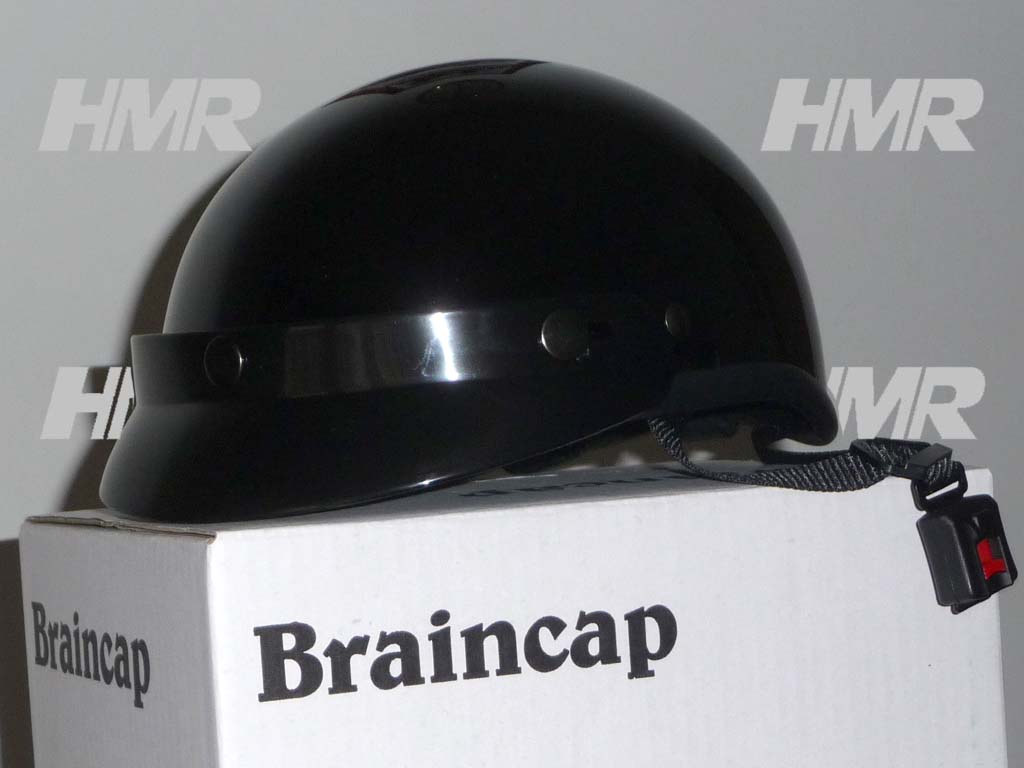 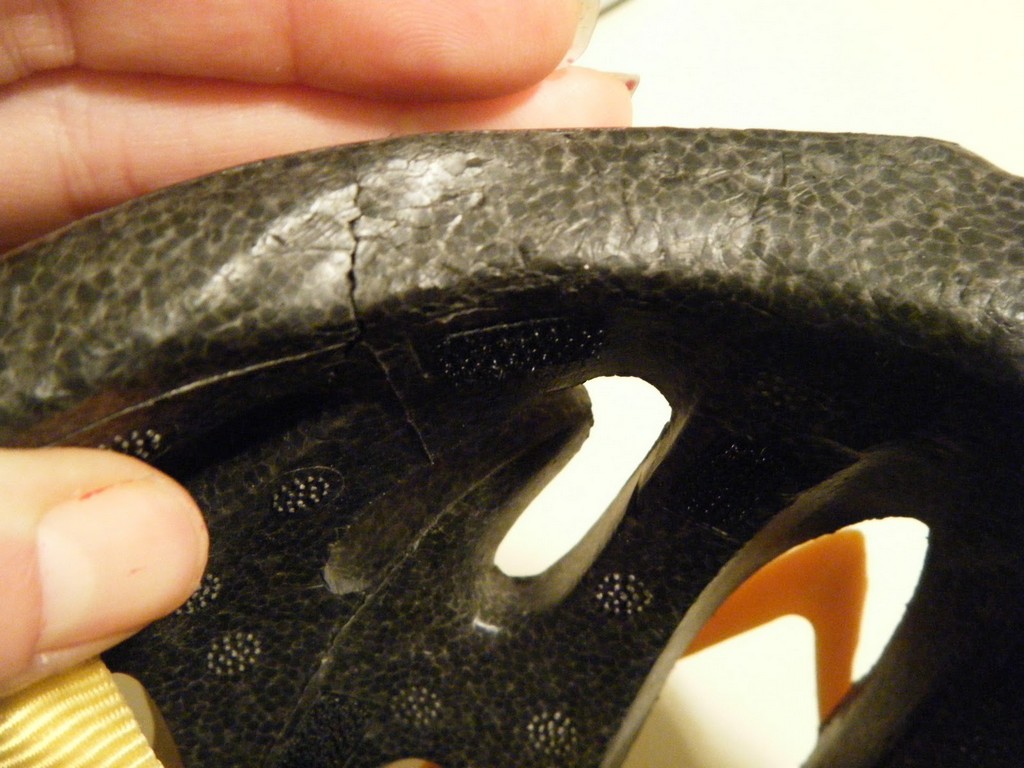 There's no helmet being able to absorb ALL the energy of the impact in such a perfect, magical way as to make sure that the brain is still ok, no matter how violent the impact. As we've said earlier, helmets are created to offer the best protection up to a certain level. Above this level, we're usually dealing with a lot of other injuries that can have fatal consequences, therefore somewhat eliminating the head trauma from the “number 1 cause of death” position.

Even more, the risk of a brain injury after a crash at low speed is almost as high as that of a high-speed impact. But the low-speed crash of a helmeted motorcyclist would almost all the time result in minor physical (while it's the ego which would suffer more), whereas the unhelmeted rider has really high chances to make it past the border between the animal and vegetable realm.

When all else fails, it's the final two reasons for trying to leave the helmet at home: it limits hearing and sight, and it won't let the rider feel truly free. While some helmets muffle a bit the outer noise, most of them make a real difference when it comes to riding at high speed: they eliminate a lot of wind noise which would otherwise make motorcycling a more fatiguing experience. Even more, pilots with long hair have a better way to avoid infernal tangles.

Helmets also shield the rider's face against insects and all sorts of debris present on the roads. Birds are most unlikely to be met while driving a motorcycle, yet there have been cases in which nasty accidents occurred because of them; after all, a bird hitting you in the face while doing 100 mph (~160 kph) is a scary and dangerous event, but wearing a helmet dramatically lowers the chances to lose control of the bike.

As for the limited sight, just take a look at some of the official data in this past editorial dedicated to helmets and things should be a bit clearer. This doesn't mean, of course, that some people might not feel a bit visually impaired, especially when wearing a full-face helmet. It's though up to them to balance between the benefit and loss of protective gear, or the legal consequences of failing to wear a helmet in countries/ states where doing so is mandatory.

While not being fans of the “all the gear all the time” principle, we here at Autoevolution.com strongly believe that the helmet is possibly the one and only thing not to be left at home, ever.