2 Mosley Will Not Stand for Re-Election, FIA Confirms Peace

3 FOTA Want Mosley Out, or else No FIA Deal
Car video reviews:
Coverstory 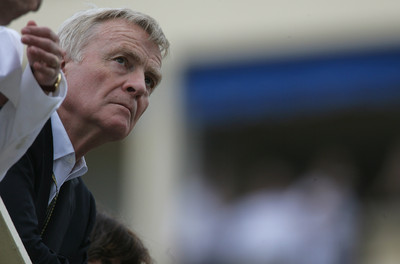 Retiree FIA president Max Mosley – it's official now, as presented in a press release from the World Motor Sport Council – insisted that no one can be viewed as loser in the breakaway saga between the ruling body and the Formula One Teams Association (FOTA). After the two organizations finally agreed on a set of rules for the upcoming season, the FIA has finally released the official 2010 Formula One Championship entry list.

With the danger of a breakaway series now over, Mosley argued that everyone had something to gain from today's agreement: the FIA succeeded in implementing cost cutting measures for the upcoming 2 seasons (even if not in the form of a budget cap), the teams got their way and Bernie Ecclestone got to keep his beloved Formula One series with all the manufacturers involved until 2014.

“Well, I wouldn't put it like that because they've got the rules they want and the stability, we've got the new teams in and the cost reduction. As far as I'm concerned, the teams were always going to get rid of me in October. Well they still are. Whether the person who succeeds me will be more to their liking remains to be seen,” Mosley was quoted as saying after the WMSC meeting in Paris.

In addition, FOTA's chairman Luca di Montezemolo also took a step forward to reconciliation with the FIA president, praising his contribution to fixing the problems between the two bodies.

“I think he has done a very good fix of the problem. When you have reached an agreement, everyone has to help in the same way. Polemics is not good for F1 and particularly for the public because F1 is a fantastic sport that has to be relaunched, not only protected,” added the 61-year old Italian.