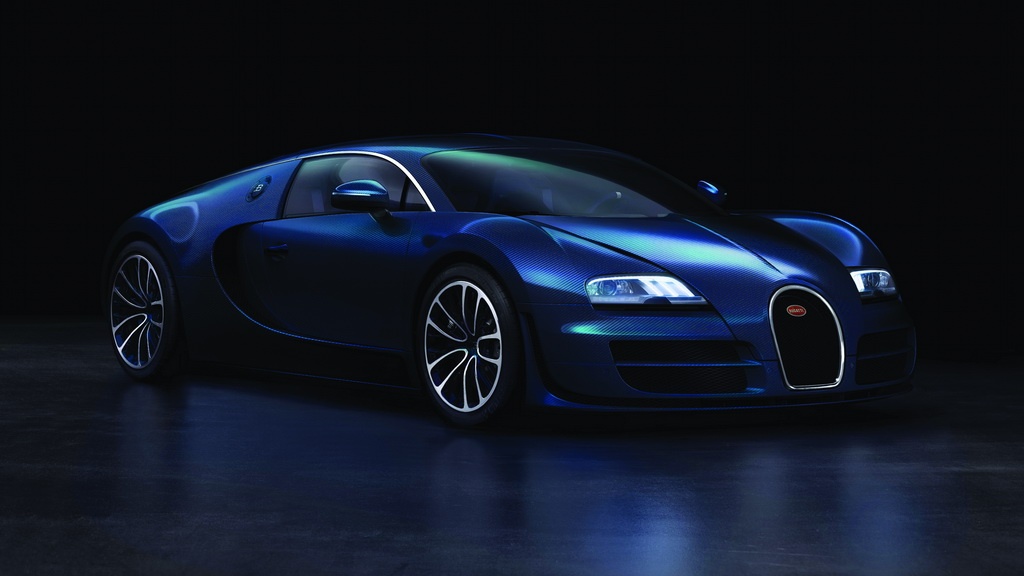 As the Bugatti’s latest Veyron version, the Super Sport, made its North American debut at this year's edition Pebble Beach Concours d'Elegance, the manufacturer took the opportunity to launch a new set of images of the car. The newly released photos show a blue carbon fiber version an some sketches of the car that managed to average 431 km/h (268 mph) on the Ehra-Lessian Volkswagen test track.

The unit sends its power to all four wheels using a seven speed twin clutch transmission. The hypercar also comes with enhanced aerodynamics, a re-engineered chassis and a body structure that uses carbon fiber.

“The Super Sport’s flat, elongated silhouette distinguishes itself from the standard car. Rather than scoops above the engine, the 16-cylinder engine is now fed air from two NACA ducts integrated into the roof. The front air intakes have been expanded and reshaped, with the lower one extending elegantly around the sides to the wheel arch. The revised rear end looks sportier due to the double diffuser and a centrally arranged exhaust system,” a company statement reads.

However, the production series version will have an electronically limited top speed of 415 km/h (258 mph), due to tire safety reasons.

Pricing for the Bugatti Veyron Super Sport, which will be sold in a limited run of just 5 units, starts at EUR 1,464,000.