5 Danica Patrick Will Drive the No. 7 for JR Motorsports
Car video reviews:
Up Next 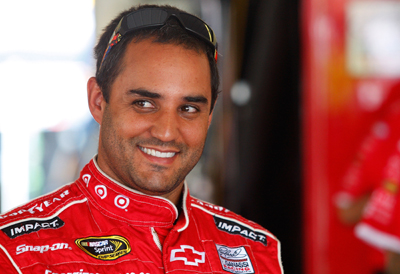 Juan Pablo Montoya was the first high-ranked driver in the NASCAR Sprint Cup Series to welcome Danica Patrick in the world of stock racing, telling the media that the IndyCar race winner has what it takes to become a great NASCAR driver in the future. However, the Colombian pointed out that everyone involved in her racing programme this year should be patient with her, as his team members were patient with him back when he switched to NASCAR from Formula One.

During the 2006 season, Montoya left Formula One for a place in the NASCAR Series, and recently became a Chase-type of driver in less than 4 years. However, he did reveal the struggle he had to go through in his early campaigns in the Sprint Cup Series, something that he expects Patrick will also experience through the 2010 season.

“To start with, she is going to struggle, but if they are patient enough with her, I think she will be fine. It is going to be hard until it clicks. Once it clicks and you understand what you have to do to go fast, then you go 'ahhh...” said Montoya.

“(...) after two or three races if she runs bad and they go to her and tell her that she has to run better or we are done then she is going to be screwed but if they go there and they say 'don't worry about it, let's keep on working on this' then she'll be fine,” added the Colombian driver.

Patrick will debut in stock car racing during this weekend's ARCA race at Daytona, after which she is scheduled to run in selected events in both the ARCA and Nationwide Series throughout the duration of the 2010 season. On parallel, she'll also continue her commitments in the IndyCar Series, alongside Andretti Autosport.

Talking about the prospect of seeing a successful woman racer in the NASCAR Series, after she has already proven to be IndyCar material in the US' premier single-seater championship, Montoya is very much convinced most of the people don't want Patrick to succeed.

“Not because they are bad people, but you will be better news if you fail than if you did well. That is always hard. But at the same time, there are always people who want you to do well. And it is a struggle because you are not going to do well to start with,” argued Montoya.