1 C3STROM Astro Is an E-Bike With a Motorcycle Spirit, Gorgeous and High-Performance

2 Propella Drops Its Most Powerful E-Bike So Far, It's a Budget-Friendly Urban Commuter

3 German-Made EINS Is a Head-Turner, Claims to Be the World's First BMX Mid-Drive E-Bike

Mokumono might not sound like the most European brand but it is in fact a Netherlands-based e-bike manufacturer whose goal is to make 100 percent European bicycles. Its latest model is an all-rounder called Polder, a solid and reliable two-wheeler that promises ranges of up to 120 km (74.5 miles) per charge.
6 photos

Mokumono’s Polder is a minimalist-looking e-bike with a simple, clean, yet modern and attractive design. It features a wide, sturdy aluminum frame, internal cable routing, hydraulic brakes, 28” wheels, front and rear fenders, frame-integrated lights, and a Gates carbon belt drive, with the latter requiring minimal maintenance and being able to deliver silent rides. The bike looks heavier than it is, with the Polder boasting a total weight of just 20 kg (44 lb). Mokumono offers the e-bike in over 40 colors.

The manufacturer was all about keeping it practical, comfortable, and intuitive with the Polder, aiming to design a bike that’s versatile, reliable, and delivers “natural rides only”. That is why it has no gears, but instead, there’s an integrated torque sensor. The motor on the Mokumono Polder is there to provide intuitive pedal assistance so that you can ride intuitively and feel free while on the bike. It has a power of 35 Nm (25.8 lb. ft.) and provides an assist speed of 25 kph (15.5 mph).

But one of the most impressive features of the Polder has to be its range, with the manufacturer boasting of the bike being able to put in 80 km (50 miles) or 120 km (74.5 miles) on a single charge, depending on the battery you opt for. As standard, the Polder comes equipped with a 360 Wh removable battery hidden in the tube, but you can extend the range to 74.5 miles by upgrading to the available 540 Wh battery.

A mobile app gives you access to several useful features of the e-bike (such as waking up the wheeler when approaching, via the Bluetooth Unlock system). There’s no display on the bicycle, with the smartphone replacing it.

Mokumono manufactures the frames for its bikes (including for the Polder) in the Netherlands and aims to make bicycles that are 100 percent produced in Europe, saving over 90 percent on transport and being more responsible toward the environment. Other parts for the bikes are also sourced locally. The manufacturer boasts of its bikes being built to last, sustainably produced, and maintenance-free.

Though deliveries for the Polder will only begin in September, Mokumono is already accepting pre-orders for the e-bike. The two-wheeler starts at $3,090 (€2,840). 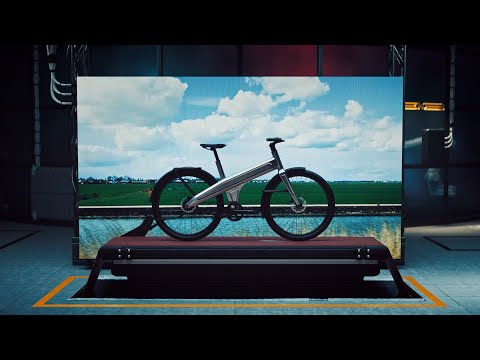