5 Moe Shalizi Selling Two of His Cars, a McLaren and His Superlite, Neither Is Stock
Coverstory

Home > News > VIP
Monica Coman
The Shalizi Group’s CEO Moe Shalizi has been constantly adding cars to his collection over the last few months, purchasing a Nissan GT-R Alpha 16 at the beginning of June. Now, all the updates are ready, and it sounds crazy.
10 photos

Moe Shalizi, who is DJ Marshmello’s manager, is determined to build a unique and diverse car collection. The CEO of The Shalizi Group has been steadily adding lots of vehicles to his garage this year, among them his “dream car,” a Nissan GT-R Alpha 16 by AMS Performance.

He revealed that he didn’t even see it before purchasing it and he sent it to RDB LA, his car shop of choice. It was previously presented in another video on the auto shop's official YouTube channel, which we covered here, and in the meantime, the team worked its magic and the final result is ready.

One of the first things replaced were the tires, that now wrap around new racing wheels from Advan. Later, they mounted a full Rowen kit, which “adds a little extra look to it." They put on a bigger wing, front lip, and side skirts to make it look even more cohesive.

They didn't give it a carbon fiber version of the Rowen kit, but the regular one, painting everything gloss black. They also took all the gray plastic parts off the car and painted them gloss black so they would keep a white-black color scheme.

According to what Vik from the shop said in a previous video, Shalizi’s new Nissan GT-R puts out 1,500 all-wheel horsepower on e85 fuel. In the new video, however, he claims it puts out more than 1,600 horsepower, calling it “easy to drive” given its output.

After RDB LA shared a picture of the vehicle on social media, Shalizi re-shared it on his Instagram Stories, adding that "Imma keep this one for a while." Given that it is his dream car, one would expect him to get behind the wheel whenever he gets a chance. 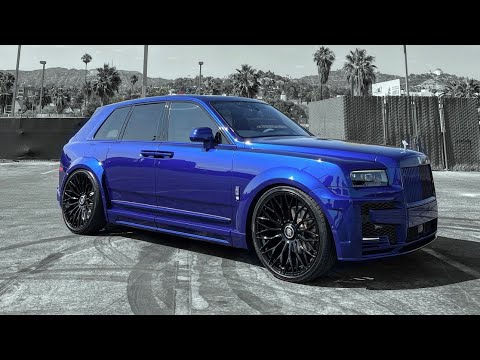