2 Mitsubishi Pull Out of Dakar Rally

3 Mitsubishi Employees Convicted for Professional Negligence
Up Next 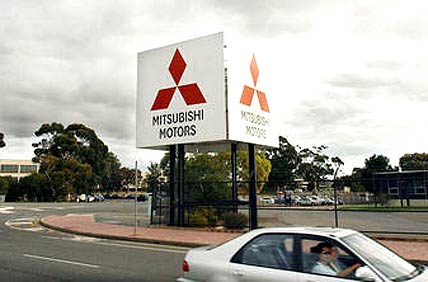 After slashing workforce all around the world, cutting production at most facilities, canceling some future projects and postponing expansion into new regions of the world, Mitsubishi finally smiles again. The Japanese automaker is now seeing demand rising again and, as a direct result, it will increase production in March, The Detroit News wrote today. Mitsubishi a few months ago struggled to reduce output to match it with the economic slumped new car demand.

However, it's not yet clear if Mitsubishi plans to keep the same high production level in April and a decision is expected to be announced next month. The automaker recently forecasted a $670 million loss for the fiscal year ending in March, the aforementioned source wrote, with production reduced by 330,000 vehicles.

"We are often asked whether we will boost production in April, but that is still undecided," Mitsubishi spokesman Yuki Murata said.

The Detroit News informs that Mitsubishi's Nagoya plant, responsible for the production of Colt, will operate for 24 days in March compared to 16 days in February. A different plant producing the Pajero model will be opened for 18 days next months versus 9 days in February. In addition, the Okayama-based factory will produce Mitsubishi's mini models for 22 days in March, an increase of 5 days from the February work-plan.

As part of a broader attempt to cut costs, Mitsubishi recently announced that it won't show up at the 2009 Frankfurt Auto Show, citing "extraordinary business and financial challenges" as the reason. Moreover, the automaker confirmed in early February that it won't start production at the Kaluga production facility in Russia, despite the fact that PSA expects to start operations this year.