5 Ford and MIT Team Up for Driver Stress Reducing Tech
Car video reviews:
Up Next

Cadillac Escalade Offered With $10k Discount for 2016 MY Lessees

There’s only one thing stopping autonomous vehicles from taking over the world’s roads over the next couple of years: the lack of proper mapping.
1 photo
Maps, preferably ones that can be updated in real time, are essential to self-driving vehicles. Without them, is like putting a blind person behind the wheel of a car and make them navigate a maze.

Current maps, although they seem perfect from an average driver’s point of view, are far from being perfect. MIT’s WolframAlpha tool puts the total length of public roads in the world at 32.9 million km (20 million miles), enough to wrap around Earth’s Equator 821 times. Today's mapping projects are nowhere near surveying them all.

The biggest challenge for map makers is not knowing where the roads are, as this is achieved by photographing roads from the air or space. The biggest trick is converting those images into maps, or mapping.

MIT’s Computer Science and Artificial Intelligence Laboratory (CSAIL) said on Tuesday it has been working on an automated method to build road maps that may prove to be 45 percent more accurate than current methods.

Called RoadTracer, the system uses data from aerial images to trace out the corresponding map. The precision tool allowed the correct mapping of 44 percent of New York’s road junctions, for instance, compared to the 19 percent achieved by current methods.

“RoadTracer is well-suited to map areas of the world where maps are frequently out of date, which includes both places with lower population and areas where there’s frequent construction,” said MIT professor Mohammad Alizadeh according to MIT News.

“For example, existing maps for remote areas like rural Thailand are missing many roads. RoadTracer could help make them more accurate.”

The full details of the technology will be made available in June, at the Conference on Computer Vision and Pattern Recognition (CVPR) in Salt Lake City, Utah, where the team led by Alizadeh will be presenting a paper on the subject. 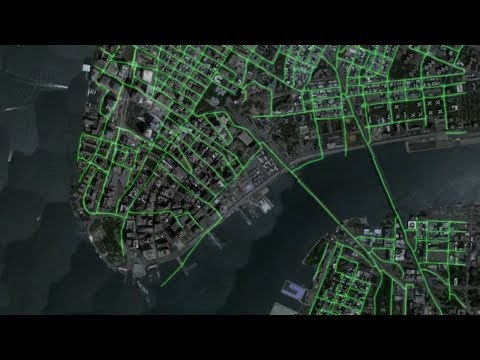