4 Ridden: Super Soco TC Retro-Styled Electric Moped Has the Heart of a Motorcycle

Minimalist-Looking E-Moped Has a Magnesium Frame, Claims to be the World's Lightest

The D50 doesn’t seem to have such a special list of tech specs, but it doesn’t aim for that anyway. Its strongest selling point is its minimalist design and its weight. Under its striking coat of paint, the electric moped hides a magnesium frame and wheels made of alloy, contributing to the low weight of the two-wheeler. In fact, LEAF goes so far as to call its 71.5 lb (32.4 kg) D50 the world's lightest, which is a bold statement in our opinion. On the other hand, magnesium is indeed recognized as the lightest metallic construction material, which is why it is twice as expensive as aluminum, for instance.

While LEAF has just teased us so far with its upcoming product, it does reveal some specs of the D50 e-moped, letting us know it is equipped with a 48V 400W rear-drive motor. The moped offers a range of 22 miles (35 km) and a top speed of 16 mph (25.7 kph). Not the best, but not the worst either. There are three riding modes available with the D50.

LEAF equipped the moped with 14-inch PU foamed tires which are supposed to be more stable and durable.

The outer body of the D50 is made of recycled plastic but has a wood grain appearance, making the moped have a stylish appearance. But beyond its looks, the D50 also hides some smart features. It comes with a generous LCD display that gives you all the info you might want to know and more, including data about your speed, Bluetooth, remaining range, battery status, to name just a few. App unlock is yet another smart feature of the D50.

LEAF plans to launch its product soon on Indiegogo, and we’ll follow up with updates once it does. 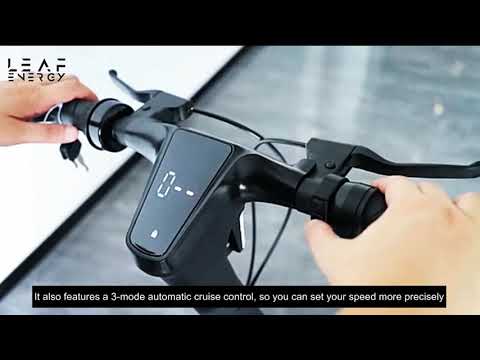 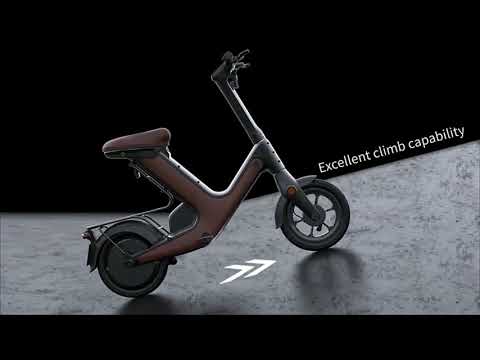