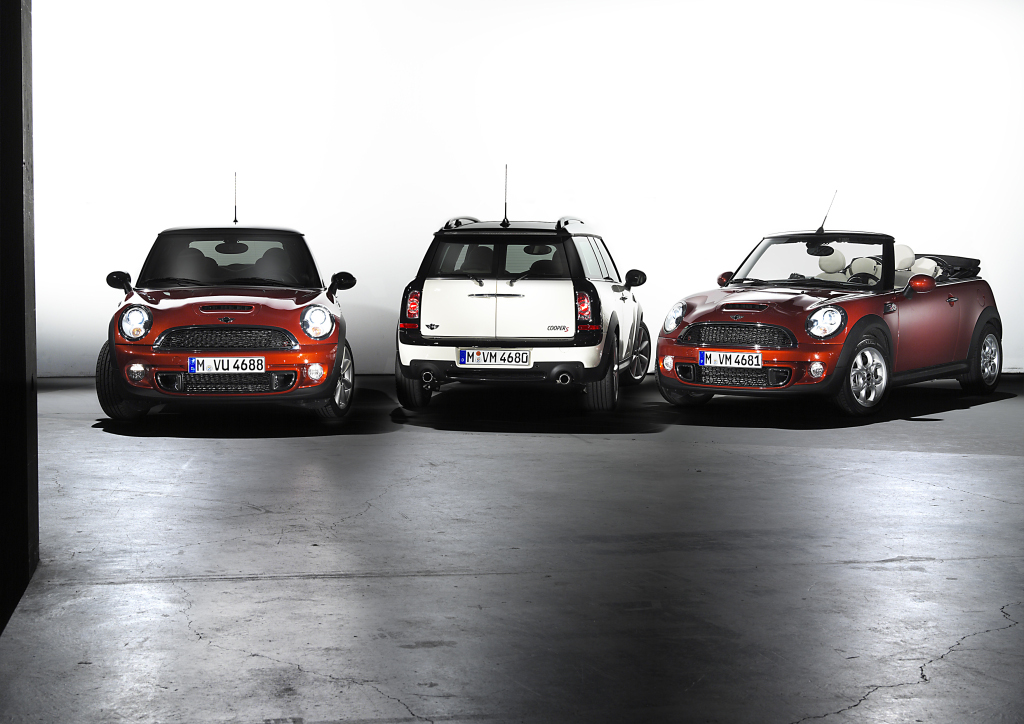 Amidst a worldwide effort to expand its offering, British carmaker MINI is announcing a whole range of engine addition, visual tweaks and comfort upgrades, to prepare for the fall. BMW has even set a date when the better-MINIs will see daylight: September 18.

MINI will also debut the very first MINI Cooper D Convertible equipped with a diesel engine, which will join the revised MINI One D Clubman.

As for standard equipment, the vehicles come with new audio (MP3-compatible CD player, an AUX IN connection and MINI Visual Boost radio) and navigation systems (high-resolution color display in the Centre Speedo and a Bluetooth hands-free system complete with USB audio interface).

Xenon headlights with black headlight reflectors or the Adaptive Headlights function, automatic dimming function for both the rear-view and exterior mirrors and LED ambient lighting complete the tweaks brought to the MINI range.