4 MINI Crossover to Arrive in 2011
Coverstory 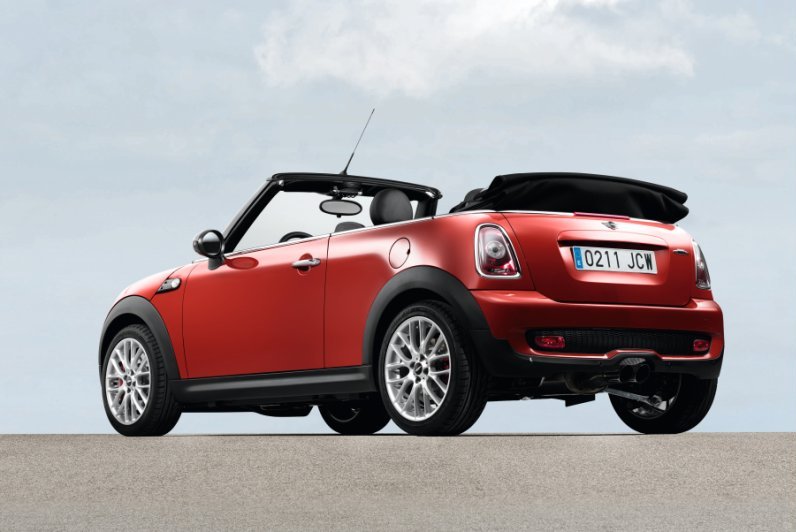 The BMW owned Mini brand will unveil the four seater open top Mini Cooper John Cooper Works Convertible at the Geneva Auto Show next month, and will make it available for the US market in April. The track-tuned convertible is a version of Mini's top performer Mini Challenge and is powered by a 1.6l four cylinder power unit that puts out a maximum of 211 horsepower.

The cylinder block and bearing case are made of aluminum, the four valves per cylinder are driven by two overhead camshafts, roller-type drag arms are optimized for minimum friction and hydraulic valve play compensation elements. The exhaust valves, in turn, are filled with sodium to meet the greater cooling requirements of a turbocharged power unit.

A turbine made of a particularly sophisticated material was developed especially for the engine of the John Cooper Works models, with maximum charge pressure increased from 0.9 to 1.3 bar.

The soft top roof opens and closes completely by electrohydraulic power within 15 seconds in each case. The opening and closing mechanism is activated by a toggle switch on the front roof frame in typical MINI design. The roof may be opened and closed at speeds of up to 18 mph while driving. There is also the option to open the soft top by means of remote control via the ignition key before even setting out.

In addition to the unveiling of the open-air, the company will release new accessories for both the Hardtop and the Clubman in John Cooper Works guise. The accessories will focus on instruments made to offer more detailed information about current driving conditions. Depending on the preferences, the driver can choose between coolant temperature, relative torque or car's lateral acceleration when in tight bends.

All you Mini enthusiasts out there, should know the retail price for the summer-intended vehicle is $34,950. The Mini Cooper Convertible by John Cooper Works is the third model introduced by the company, after the Hardtop and the Clubman. It is built in the Mini plant in Oxford and will be available at Mini dealers worldwide.