2 Russia to Launch a Superjet With 97% Locally-Made Components, Including the Engine

5 World’s Largest Sea Plane Is Being Built In China And Is Smaller Than Spruce Goose
Car video reviews:
Up Next

Home > News > Videogames
28 Dec 2021, 04:02 UTC ·
by Cosmin Vasile
Eagle Dynamics, the studio behind the military flight simulator DCS World (Digital Combat Simulator World), is finishing the year with a bang. Although no new content has been added to the free-to-play game, it’s equally exciting to learn about the developer’s plans for the next year.
7 photos

In a trailer called “2022 and Beyond” that’s been released over the weekend, the folks at Eagle Dynamics showcase some of the jets coming to DCS World next year. No information is attached to the new trailer. Only eagle-eyed fans will be able to spot all the new content planned for the game.

First off, we get a close look at the new KA-50 Black Shark 3, the deadly Russian helicopter that’s likely to be added in 2022. Next in line, we have the F-15E Strike Eagle, the dual-role fighter designed to perform both air-to-air and air-to-ground missions.

The C-47 military transport aircraft that’s already available on the beta server appears in the trailer, too, along with several MiG-29 jets.

The folks at Eagle Dynamics might have squeezed in images of the Apache AH-64 attack helicopter with its FLIR camera that reveals the 30mm chain guns effects. FLIR rendering is expected to be part of a future DCS World, so this is a nice way to tease the upcoming feature.

Finally, we get another look at the A-6 Intruder, the American twinjet all-weather attack aircraft, and a set of coordinates that the community identified as the Bagram airfield in Afghanistan. Another easter egg hidden in the trailer spotted by members of the DCS World community is the supposedly F-4 gunsight pipper.

Besides glimpses at DCS: Syria and DCS: South Atlantic maps, which are still being updated with new features, DCS World players also get a tease for a potential Afghanistan map that might drop next year. Last but not least, the trailer’s music is an absolute blast. 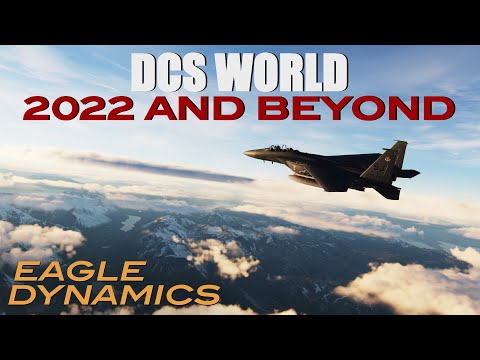