4 The Downforce Was Not With This Old Bimmer Asphalt Walker

Elena Gorgan
Mike is a cheating scumbag, but whomever he cheated on and decided to take matters into their own hands – and out on someone else’s car – is even worse.
12 photos

The world can feel like a very dire place, so thank the Powers That Be that we have NBC’s local correspondent and legit national treasure Pat Collins to make it better. Collins is the first to admit that, when it comes to storytelling, he has his “own style” and it gets him more attention than the usual style employed by other field reporters.

The video below will show you what he means by that. Late last week, NBC Washington reported on a case of mistaken identity, where a woman’s Mitsubishi Outlander Sport was vandalized by someone who thought she was either connected in some way to Mike or was Mike himself.

Put it simply, the woman woke up in the morning to find her car badly damaged: both the windshield and the rear window were smashed, the side mirrors were hanging on for dear life, there were scratches and dents to the body, and the entire vehicle was spray-painted in black with variations on “Mike is a cheater.” It was a clear case of hell hath no fury as a woman lover scorned, who then took it out on a car.

The owner of the Mitsubishi has no idea who Mike is or who might have done it. She’s happy her insurance is covering the incident – and probably happy she’ll be able to put it in the past.

But what stands out in the story is Pat Collins’ way of presenting the facts and assessing the damage on the vehicle. The man does have his own style, alright, and it makes for the most entertaining car-related story of the week. As with previous such viral videos, Collins’ narration has received the Autotune treatment and is now a viral song.

Both the original and the edit are hilarious in their own right, and the only upside to the fact is that, in the year 2021, cheated or scorned partners still think unlawful property damage is just revenge.

That said, for your sake, Mike, change your cheatin’ ways. 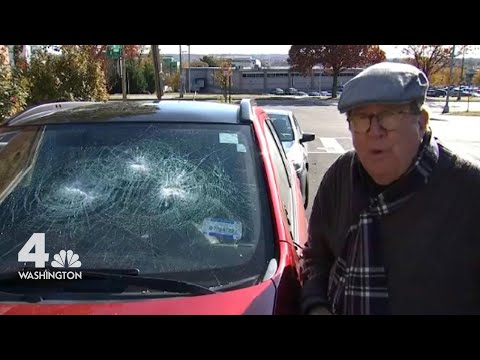 play this in the club until Mike hears itpic.twitter.com/8FHipCHKaH