Home > News > Videogames
Cosmin Vasile
As expected, Microsoft has just released the highly-anticipated Top Gun: Maverick expansion for its flight simulator. After a couple of delays, Microsoft Flight Simulator players are now able to jump aboard one of the most iconic fighter jets and pilot in authentic locations including the most challenging landing, on an aircraft.
7 photos

The Top Gun: Maverick expansion requires skills to navigate the complexities encountered by real Top Gun pilots, but if you don’t have that, this piece of new content promises to teach you all the ropes of being a Top Gun pilot.

As far as the contents of the update goes, you can expect to get a Top Gun: Maverick Edition livery for the F/A-18E Super Hornet, as well as a carrier deck landing challenge, one of the most demanding operations in the world of military aviation.

Furthermore, the expansion adds five high-speed, low-level challenges that require skill to navigate just above mountains and traverse through canyons. There’s also a never-before-unveiled hypersonic aircraft that can attain speeds of Mach 10 and altitudes greater than 150,000 feet above sea level.

Although the Asobo team doesn’t specify which aircraft it has added to the game, rumor has it that it’s the Aurora Darkstar SR-91. Last but not least, Top Gun: Maverick adds a new mission that will send players into the stratosphere.

Just like many previous expansions, Microsoft Flight Simulator players can download Top Gun: Maverick for free on all available platforms. And if you’re anxious for more content, Asobo has already confirmed that three more big World Updates will be released by the end of 2022, as well as new Sim Updates, Local Legends, Famous Flyers, and helicopters. 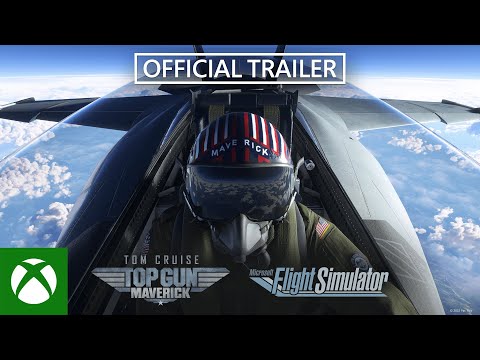