5 Michelin to Shoe Yellowstone Park Foundation Fleet
Up Next 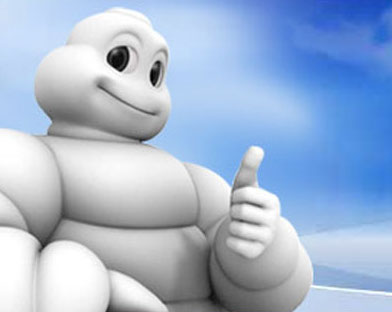 We're only days away from the 2011 North American International Auto Show (NAIAS) to be held in Detroit, and companies attending the venue are gearing up for the display they prepared for both the public and the press. Michelin is one of the top names to join the exhibitors, as this is the 23rd year when the company attends the NAIAS, so it has prepared a special display for its 2011 booth.

The company will thus celebrate the 10 years of the Michelin Challenge Design, but will also present the characters that until now starred in the company's commercials seen all over the world. In addition, Michelin will also demonstrate some of the company's latest concepts, so the display promises to be really interesting.

"The role of sponsors such as Michelin, ZF and Denso are significant not just for their long-term commitment to NAIAS but to the technological advancements and innovation they represent to the entire automotive industry," Barron Meade, 2011 NAIAS chairman, said in a statement.

"Often we get focused on the unprecedented amount of 'final product' we unveil at NAIAS, but many of these vehicles may never leave the drawing board without the forward thinking and research of suppliers who make these dream vehicles reality. Seeing the full spectrum of the industry is what NAIAS is about and these featured partners literally drive that point home."