1 How to Jump Start Your Car

2 Michelin Gets Tire Manufacturer of the Year Award 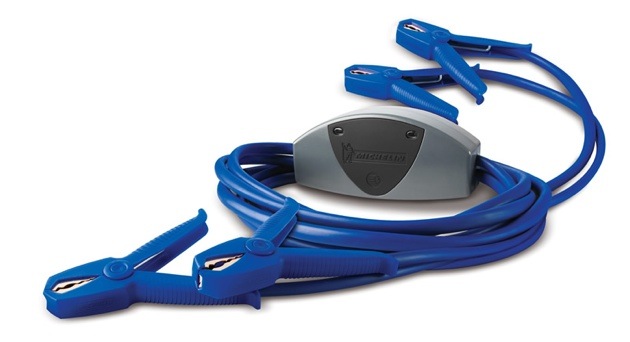 Trying to jump start your car has just became easier, as Michelin launched its new Smart Jumper Cable. With these new cables, the driver will be able to avoid sparking or shorting which can result in serious injury or damage to a vehicle's electrical system. The Smart Jumper Cables provide built-in surge protection and automatic polarity adjustment from either positive or negative connections.

"Many motorists won't associate the power surge from traditional jumper cable use as the root cause of their vehicle's electrical system problem or failure because there can be a time lag between the two events," said Alexia Hayes, a product development engineer for Pylon and mother of two young children.

Battery problems are a year-round occurrence and the driving patterns of many parents with young children, new drivers and seniors make them especially vulnerable.

"There are many factors that can cause a battery to fail," said Hayes. "Motorists that frequently forget to turn off their lights or take many short trips on a daily basis are at risk. The combination of performing many starting cycles, coupled with short run times can leave a battery below the ideal charge specification for most of its shortened life."

Though most people think that only cold temperatures affect automobile batteries, extreme heat also reduces the battery’s life. The life expectancy of a typical automotive battery is 3-5 years in average climates, but only 2-3 years in areas with high heat or extreme cold.

Beginning this fall, Michelin Smart Jumper Cables are available in North America at auto supply retailers and mass merchandisers for around $40 (U.S.). Visit www.michelinsmartcables.com for store locations and details for online purchase.