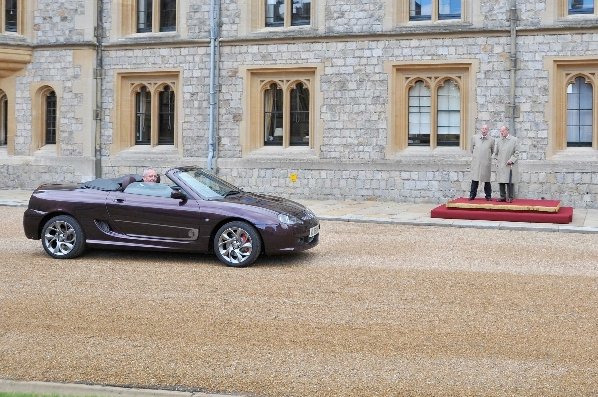 At the MG Heritage Festival which took place at Windsor Castle, Chinese owned MG Motor presented two new derivates of the TF LE500 model to expand its TF roadster range in the UK - the TF135 and TF 85th Anniversary.

The event that was held to mark the 85th anniversary of MG was attended by blue-blooded audience as well, as Prince Phillip was there to watch over 200 MGs parade through the quadrangle of Windsor Castle and the launching of the two new TF models as well.

The whole event was sponsored by MG Motor UK Ltd.

“We were delighted to be invited to support the festival and used it as an appropriate opportunity to launch the two latest cars to come from MG at Longbridge; the MGTF 135 and a limited edition MG TF, created especially to mark the 85th Anniversary,” Sales & Marketing Director Gary Hagen said. 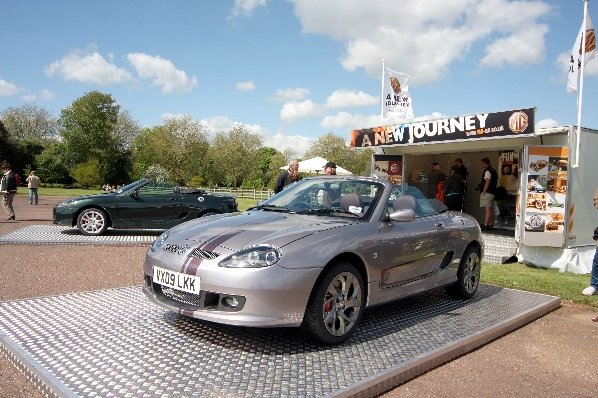 The TFs have mid-engined configuration, with independent suspension at all four wheel corners (double-wishbone in the front, multi-link set-up at the rear) and rear-wheel drive layout, which some could find appealing.