3 A Man Invented a Ballpoint Pen to Write Upside Down, NASA Took It to Space

4 Did You Know Lamborghini Carried Out Tests in Earth's Orbit?

5 Semper Supra: Epic Space Force Video Is All About the Very Distant Future, But Not Aliens
Coverstory

Otilia Drăgan
Mexico is one of the latest countries to join the space industry, with an ambitious project. Together with Airbus, the Mexican Space Agency (AEM) and local startup Dereum Labs are launching a groundbreaking Mexican In-Situ Resources Utilization (ISRU) Program for lunar extraction.
7 photos

“In a few years, the industries that today are not related to space will be doing business on the Moon, Mars and beyond” said the CEO of Dereum Labs, Carlos Mariscal. In order to get there, we must be able to sustain long-term living on the moon. If other new projects focus on developing “gas stations” in space, this innovative Mexican initiative takes thing even further.

What if we could obtain resources such as oxygen, water and fuel right there, on the moon, instead of having to transport them from the Earth? Through advanced technologies, they could be extracted from the moon’s surface layer, known as regolith. The demonstration concept of this new program is an end-to-end process that goes from regolith identification, to extraction of resources.

Using Mexican capabilities and Dereum Labs’ technologies, the project will first conduct data gathering and map out potential resources. The startup is developing the robotic vehicles that will do that, and Airbus is helping with the technology that will get these vehicles to the moon. Plus, Airbus is working on ROXY, a system for extracting metal and oxygen from moon resources.

According to Airbus, this is just the beginning of the company’s future cooperation with Mexico in the space sector, a “journey towards a sustainable cis-lunar economy”. Mexico is also determined to play a more active role in space exploration, and AEM announced that certain Mexican universities will also be invited to participate in the ISRU program.

Dereum Labs also has big plans for the future: it wants to help companies get not just to the moon, but also to Mars and asteroids, and robot-based space exploration is the way to do that. 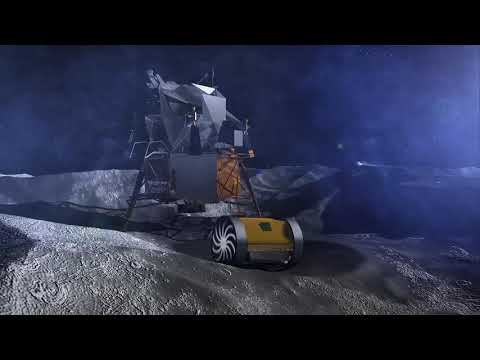