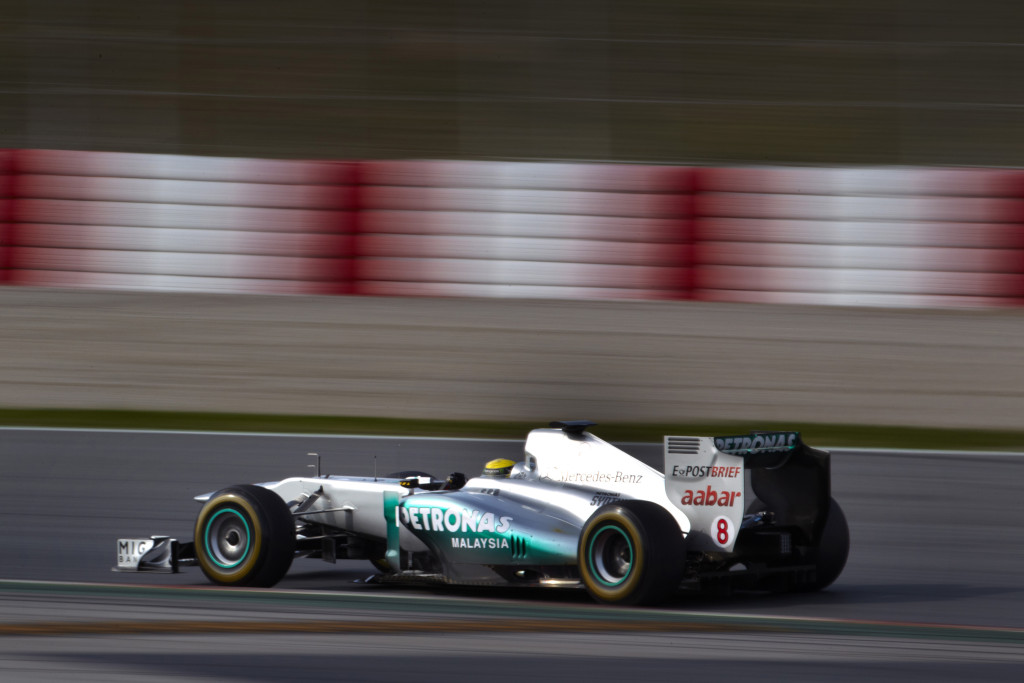 After finding out that Mercedes' W02 challenger enjoys the highest speed on straight line from all 2011-spec cars prior to season start, the media in Germany has made yet another discovery related to Ross Brawn's challenger. Apparently, the MGP W02 is the shortest car in the F1 field this year.

According to Germany's Bild newspaper, whose reporters have already began nicknaming Merc's single-seater the “mini Mercedes”, the car's wheelbase is 5 cm shorter than Ferrari's 150 Italia, 7 cm shorter than Red Bull's RB7 and no less than 27 cm shorter than McLaren's MP4-26.

Nevertheless, the “mini Mercedes” was the subject to plenty of aerodynamic changes through the past week, with Ross Brawn debuting a whole new package (the final one) prior to the season opening race in Melbourne. As part of a multi-stage upgrade set up for the Barcelona test, the W02 has been fitted initially with a new exhaust system – resembling the layout used by Red Bull – a few aero tweaks, and afterwards with new sidepods and redesigned front and rear wings.

Michael Schumacher was the team's tester on Thursday, and his first impressions on the upgrade were quite optimistic. While reckoning that Red Bull's RB7 continues to be the benchmark for the entire F1 field prior to the Australian GP, he said Mercedes has recovered a lot of ground with the new package.

“We know the Red Bulls are very strong and they are the ones we need to look at,” said Schu. “We are certainly not quite in this position, but I never expected to be at this stage. The season is long, and there is a big question mark as to who is coming behind Red Bull, and I hope we play a sufficient role in that,” he said.